Coming up with an easy pulled pork recipe for the crock-pot was simpler than I thought. Crock-pot cooking (also known as a slow cooker) is the next best thing to having a chef in the house who cooks for you while you are not around. Easy crock-pot recipes are showing up on the web and in cook books all over the world and for good reason. It’s the set it and forget it aspect of the crock-pot that is alluring to men and women who want to cook a hearty home cooked meal but don’t have the time to be in the kitchen for hours on end.

My good Blogger friend Aunt B posted this easy recipe for Walnut and White Cheddar Biscuits  that I thought would be perfect for my pulled pork sandwich.

I had tried it first with egg and ham in the middle and that is when I thought I might as well try it with pulled pork. As you can see from the picture the biscuit is very flaky and has lots of good flavour.

It was better than awesome as the nuts added texture and the cheese added the right amount of bite to the shredded pork.

How to cook pulled pork in a crock-pot?

Crock-pot pulled pork is so easy to do that even a student can whip this up in a mini-kitchen in their dorm room if they wanted. Pork is what they call the new chicken as it lends itself so much flavour without having to add too much to the mix especially if you are simply tossing it on the grill. When I created my pork roast crock-pot recipe I wanted to make sure it had alot of punch but I also wanted to taste the sweet and sour in the homemade bbq sauce that I would mix the pork in.

This pulled pork recipe lends sweetness from the brown sugar and cinnamon while packing a punch from the chipolte and paprika seasoning. The apple cider vinegar is perfect in the recipe as the tanginess goes so well with pork.

If you don’t want to make BBQ sauce then simply open up a bottle of your favourite kind and mix it in. Pulled pork sandwiches can be as flavourful as you want them to be or as simple with flavours as you like.

You don’t have to add BBQ sauce to the pork you could easily shred the pork after cooking it with a few spice and slap that in between some bread. It’s up to you.

What part of the pig is best for pulled pork?

I’ve used all of those below but find the pork shoulder (butt)  is the best especially for shredding the pork meat after it’s been in the crock-pot as it tends to be a bit fattier. It’s really up to you what you like an don’t like so experiment with the cuts you want and find out.

I always say eat anything in moderation. It depends on the cut of  pork meat you use where the tenderloin is a leaner cut.  It also depends on what you mix in as flavourings and fats.

I would eat this easy pulled pork recipe as part of a balanced meal with a huge garden salad. You can also chose to serve the pulled pork on pita bread, sliced bread, tortillas to make pulled pork tacos instead or flat buns.

How To Make Homemade BBQ Sauce?

Making Pulled Pork In The Crock-pot

If you are new to Canadian Budget Binder >>>Start here!

Do You Have A Question For Mr. CBB? The best way to get in touch with me is on Facebook 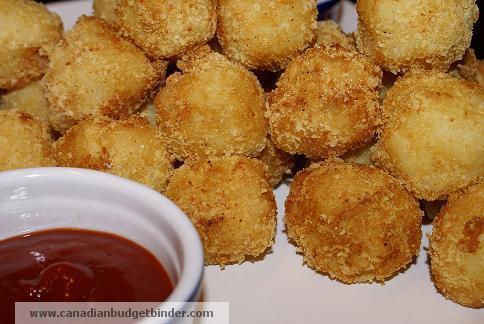 Potato Balls, they sure do look good, and they are especially with Mr.CBB’s Famous Sloppy Joe’s and the cooler temperatures around the corner. This is what we had for dinner last night and it was worth all the effort.  I think in Canada they would be comparable to tater tots. I’ll admit when I had no idea what someone… 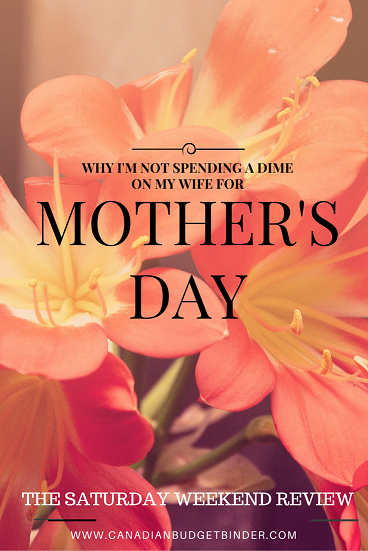 REACH INTO YOUR HEART AND PULL OUT LOVE NOT MONEY Now that my wife is a mother and I’m a father we have become part of Mother’s Day and Father’s Day elite club. However, both of us have chosen not to budget any money for these special days and I’ll tell you why. Everywhere…

Double Stuffed Means Double Stuffed What do you mean you partially stuffed my double stuf Oreo? I’m always on the lookout for something fun to read on the weekend or at least that makes me smile and for some reason this did. I’ve talked about how packaging for products have shrunk over the years yet… 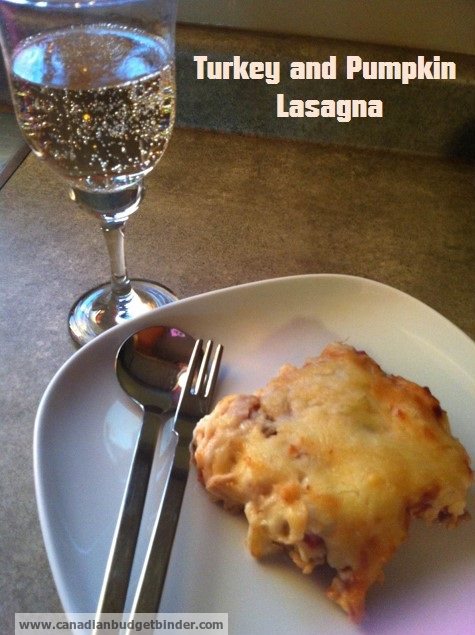 Today I’ll show you how easy it is to use holiday leftovers to make Turkey Pumpkin Lasagna including how to make lasagna sheets and sauce. 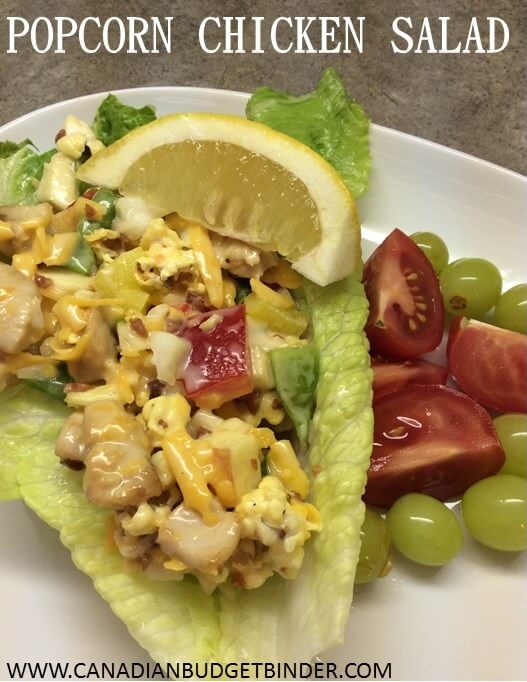 DRESS UP YOUR CHICKEN SALAD   If you are a lover of Chicken Salad you will enjoy this unique twist on traditional chicken salad with the addition of popcorn served inside a lettuce wrap. What if I said to you, that you could bring a new kind of pop to your dinner table? What if… 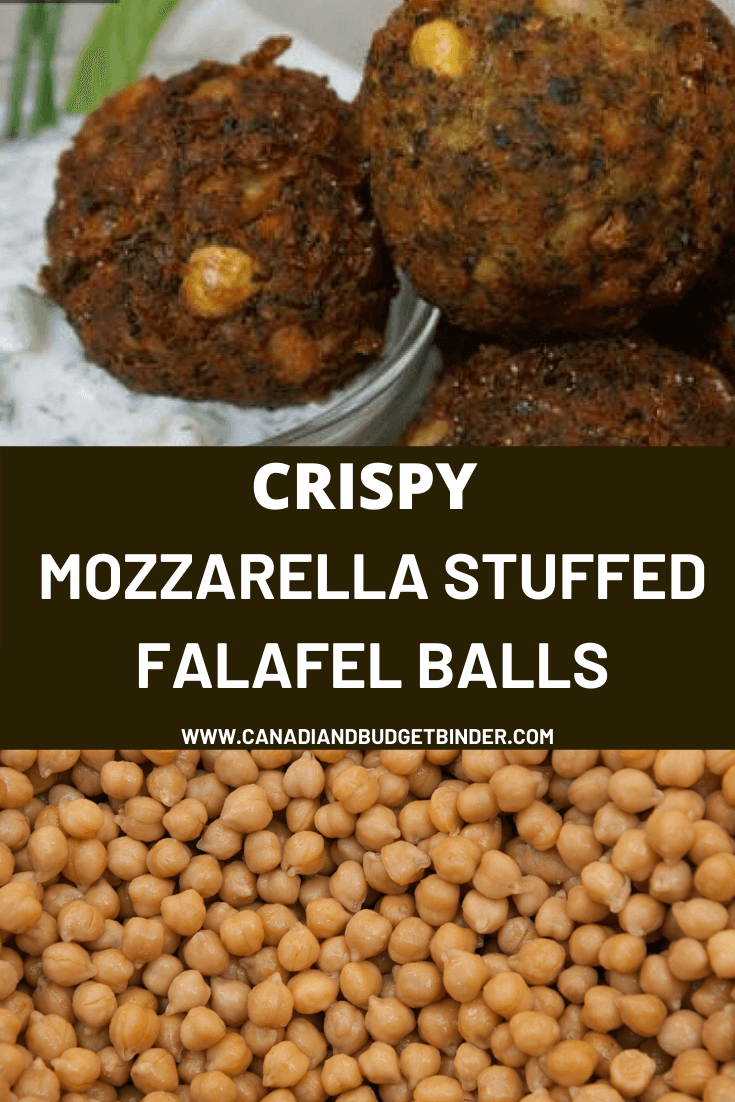 CRISPY FALAFEL BALL STUFFED WITH MOZZARELLA CHEESE A Middle Eastern food called falafel offers you aromatic, vibrant flavours that will burst in your mouth. A chickpea falafel paired with a good dipping sauce does make these crispy balls stand out in the flavour department. I chose to make a homemade dipping sauce with yogurt, cucumber,…