There’s A Scam For Everything

I know what you are thinking and yes there are such things as a parking lot scam and schemes thought up from the best and worst scam artists around. When we go shopping around here it’s normal to see someone sitting on the ground playing the guitar or some other instrument hoping to make a few bucks.

In the past I’ve heard that’s just another way to earn extra money although some may think it’s a scam, especially if they have a sign that says they need money, but do they really? Who knows, if they aren’t approaching me I leave them to it and if I like the music I toss in a buck or two at least for the few moments of entertainment. It ends up being more of a judgement call at the end of the day, at least for me. I give someone credit for getting out there to share a skill with the world.

What are the latest scams?

I don’t know much about parking lot scams but I know that there is a scam for everything out there and we have to protect ourselves. The scams to avoid are the one’s that make you go hmm and scratch your head. If you aren’t feeling good about something ask for more information. One simple fact to remember is “If it’s too good to be true it usually is”. Just last week I read an article online about a job scam that has been going on for ages which is back up and running again in another city.

It had to do with going undercover as a secret shopper and a cheque gets sent to you and you have to cash it and instantly send the rest back before the cheque has cleared. I have to shake my head to wonder who would fall for this, but these people are slick. They know what they are doing and sometimes even the smartest person can get fooled. They prey on certain people and can tell what you are like just by having a conversation with you and they feed off it.

Types of Scams and Fraud

The list goes on and on and someone will always think up a creative way to get hold of your hard-earned money, so protect it. If you think you are being taken for a ride, call the police and see what they have to say. A criminal is a criminal. If you want to learn more about the different types of scams above and more you can check out the Royal Canadian Mounted Police site as they share plenty of information to keep you informed on scams and fraud.

It was a normal grocery shopping day for us, the sun was shining and we were engaged in a conversation about how much money we had just saved in the grocery store. I don’t know what it is but from the time we leave the grocery store right up until we get to our parking space that’s when we talk about our purchase and read receipts to make sure the prices are correct.

There have been a number of times when we have found a scanning error which resulted in using the scanning code of practice on the receipt. Sometimes we think we are swift when it comes to keeping tabs on the cash register but all it takes is to lose focus and you can miss a scan, thus a potential error.

While we were chatting I was loading our groceries into our vehicle. We had refrigerated items that we needed to get home fast because it was the hottest day of the year even though we had our insulated bag.

As I finished loading the last box of groceries Mrs. CBB hopped in the vehicle and was waiting when this guy approached me. Here I thought my parking space was far enough away that we didn’t have to worry about dealing with people. Sometimes people park so close to my vehicle or do what I call “park stupid” because they just can’t get it right so I always park as far away as possible.

The guy was tall, mid 30’s, with long blond straggly hair wearing a Toronto Maple Leafs jersey and blue jeans. He certainly wasn’t a parking lot attendant, but who was he? His approach was abrupt as I wasn’t expecting anyone to talk to me at my vehicle, who does? The most I ever say is, “oh here I’ll give you my quarter for your shopping trolley so you don’t have to wheel it back”.

Now, I’m not an expert on scam artists but what I do know is this guy was dodgy from the moment he said “Can you….”. There was something off about him. Now, I don’t judge anyone as that’s not the type of person I am. If he needed help with his car (besides opening it up) I would have gladly helped him as I was fully equipped to do so. The problem, there was no car as we later learned.

My wife had the look of concern on her face and hid her purse under the seat, but even if he were to draw a gun or weapon of sorts I’m sure she would have just given it to him. I’m not a small guy by any means but I’m not Superman, a knife is a knife, a gun is a gun and both can kill. Warning, don’t pull a Crocodile Dundee.

She had her cell phone in plain view as well to make it seem that if she needed she could call 911 or the police for help. I know it sounds extreme but you have to be weary of strangers as an adult as well as a child.

We hear of auto scams where people take your attention away from what you are supposed to be doing then jump in your vehicle which you have the keys and purse/wallet in. In this case the vehicle had my wife in it.

What did he say? I know you are all dying to know by now. Probably on the edge of your seat biting your nails, with one hand in a bag of buttery popcorn, haha. I promise, I was open-minded and tried not to laugh.

Parking lot scammer: Dude, I locked my keys and wallet in my car across the road at Bulk Ban and I need $3.00 to take the bus home to get my spare keys.

Now, Bulk Barn is far across the road so who in their right mind would want to go there on the hottest day of the year to help him? (his way of thinking) They would likely give him the $3.00 or tell him to piss off. Nice target day to scam people though, brilliant.

Me: Really, that sucks!

Parking lot scammer: Ya, I really need some cash to get home so do you have $3.00 I can have?

Me: You know you can just run over to the oil and lube place and they likely have a Slim Jim kit in there or if you’d like I can call the police because they always carry one in their trunk. I can also meet you over there and see if I can help you out in any way if you like?

He is now visibly shaken as he kept digging a hole the more he talked.

Me: So how do you plan to get back if your wallet and keys are locked in your car and you have no money? How will get into your house with no keys?

Mrs. CBB– Hangs out the window…. I can call the police for you from my cell if you like? (waving it in the air from side to side but in a kind way with a smile)

Parking lot scammer: No no it’s OK, thanks anyways and was across the parking lot faster than a ferret up a trouser leg.

He gave a whole new meaning to “parking lot job” that day and as we drove off we watched him approach another guy putting his groceries away across the parking lot. My wife made a quick phone call to the mall security to let them know what was going on. As security came out he made a mad dash to a tree at the end of the parking lot, unlocked his pedal bike and away he went.

There could have been a million reasons why he needed the money. He needed medication, travel funds, clothing, food for himself or his family, alcohol, drugs, smokes, to pay bills, gas for a car…etc. The problem was he said it was for the bus with a story that didn’t add up.

So, in the end no one got hurt but the guy was already talking to another potential victim while we were making the call. He wasn’t going to stop there but I’m sure if people fell for his trap all those $3.00 donations would add up to a nice chunk of change at the end of his “work day”.

Sad part is, it likely won’t be the last time he is out looking for money while trying to scam someone. It’s also another sign of just how bad some people have it and they will do anything to make ends meet. Scams happen all over the world, don’t ever let your guard down.

When a stranger approaches you how do you handle that situation especially if they ask you for money?

Mr.CBB’s Week in Review Wow, did I read alot of blog posts this week in my spare time. (Ya, spare time) This week has been super busy for me training at work with new equipment and programs. I’m sure I will be doing this the rest of my life and I should for my line of… 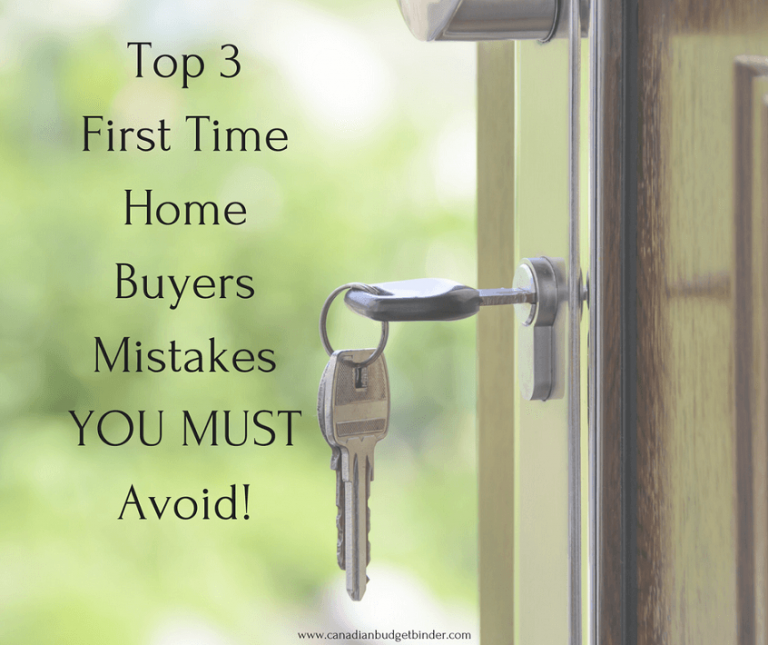 BEFORE SAYING YES TO HOME OWNERSHIP- DO YOUR RESEARCH   Anyone who has been a home buyer in the past can tell you what they would have done differently had they have know what they know today. Everyone who has bought a home has been through it, the scary, nervous time of learning a new… 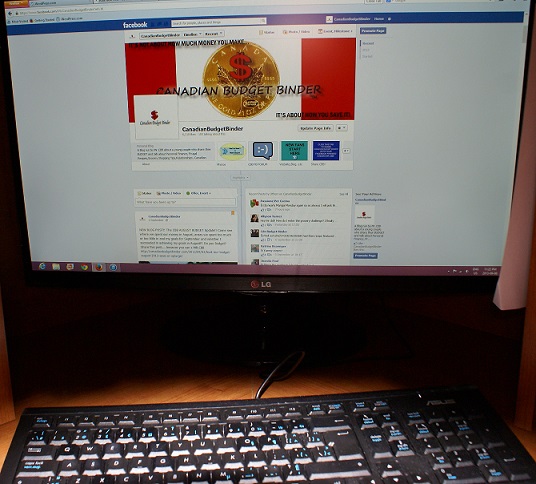 Nothing Lasts Forever If You Are Careless If you follow me here at Canadian Budget Binder you know I am a big fan of having an emergency savings fund and using a budget. Every month I post our budget and net worth update to show how we made out for the month and areas we…

SOW, GROW AND SAVE After checking the prices in the produce aisle, how many times have you plopped some cherry tomatoes or asparagus into your shopping cart with a resigned look ala Mary Richards in the opening credits montage of The Mary Tyler Moore Show. What’s a person to do?  Resist artichokes?  Swear off broccoli and…

It’s inevitable that faucets will leak and that’s when you hire a plumber or figure out how to fix the leaky faucet yourself. Find out what I did. 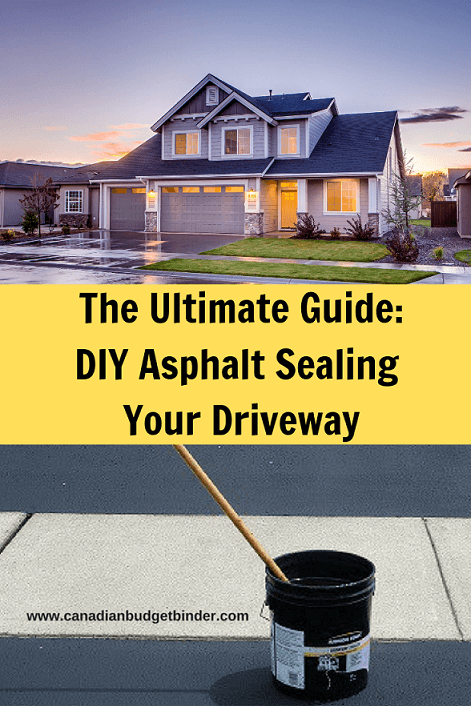 UPDATE THE LOOK OF YOUR PROPERTY WITHOUT FUSS AND HIGH COSTS Every year without fail someone rings our doorbell wanting to seal our asphalt driveway but I’m the DIY guy around here so if I can do it the right way I won’t pay anyone to do it. When it comes to home Renos and…