We All Make Mistakes

Someone messed with the chicken breasts at Safeway in Phoenix, Arizona and it’s causing a big stir on the web. I don’t shop at Safeway since we don’t have that grocery store in Ontario but if I had a product concern at any store the first thing I would do would be to bring it to the attention of a store clerk or manager.

I can’t believe how so many people are taking to social media as their first line of defense when they are not happy about something but before they contact the appropriate people in a responsible manner. As consumers we expect excellent customer service but we should also do our part to help out if we see a problem, at least that’s what we do.

We all make mistakes and when I read how one Twitter user named Lindsey tweeted a photo of chicken breasts with a chicken foot clearly in view to say,“Does this look like chicken breast to you? I’m vomiting” in a tweet to Safeway,  I was a bit stunned. It really made me stop and wonder if we are going to corrupt ourselves and society with everything we’ve got because we feel we have the power to reach the world. There are people out there that seek their 10 minutes of fame or some form of attention, and they love it. If that wasn’t her intention it just goes to show how social media is a powerful tool for so many people.

When there were no computers what did we do? We told someone at the grocery store, we didn’t run outside and scream it to the world, “Omg there’s a chicken foot in my package of chicken breasts”, they’d laugh at you and maybe even call the police on you for creating a disturbance. We didn’t call in City TV to get live coverage, you did the responsible thing and let someone know.

If it was a health and safety matter that would concern the general public the store has to do the right thing. Now we do this on social media, and the internet police is the audience which at times they can be very nice or very cruel.As silly as that sounds that is how many people who commented on this Yahoo post felt, “big deal” is most of what you will read. One Yahoo user posted, “what if it was a wing instead of a foot?”, good point.

Who cares. Don’t like chicken feet then don’t buy the package that has a chicken foot in it. Seriously? Get a grip.- Yahoo User Randy B

These are the same idiots who will tweet “I think someone is trying to break into my home!” instead of calling 911.- Yahoo User Gene

Some people may not agree with the way Lindsey handled the situation and others may want to shake her hand but either way following some form of etiquette would have been appropriate in this situation. I can understand how her frustrations may have come out because to her a breast is a breast and chicken feet are feet.

There are no similarities except that it likely came from the same chicken. She managed to take a photo of the package and instead of picking up the package (it wasn’t going to bite you it was dead) and going to the meat department manager or a cashier to let them know of the error she left it there and decided to tell the world.

There may have been someone who was training for the role in the grocery store meat department or it might have just been a staff mistake, they do happen. Imagine how embarrassing it must be for the person who packaged the product as well as for the store. The chicken foot would not harm anyone as many people do eat them and it’s a delicacy around the world.

It was a clear error that was overlooked and I felt the store handled it on Twitter fairly quick, hash-tags and all even though some found humour in it. She did return to the store only to find the package still on the shelf  so she could finally let them know.

Imagine the time and gas this women spent from her day just for a chicken foot when all she had to do was tell someone at the store while she was there the first time. If only we put that much effort into our own lives. I wish I could come on here and blog how perfect my life is and how our budget never has any problems but that’s not true, no one is perfect.

I feel that if she was that worried or concerned even for the next customer, she should have said something, there and then. I wonder how she feels about the negative criticism for posting this now and does she feel that she could have handled it differently?

Her Twitter account is now private. Maybe, just maybe, she made a mistake and that’s OK, we all make them Lindsey.

What would you have done if you found a rotten/defective/incorrect product in-store?

MY GUEST POST>>> Head over to Frugal Rules today where I am guest posting sharing my thoughts on “Saying Good-bye to the Spender and Hello to the Saver”.

This weekend is all about smoothies so I thought I would share this unique Apple Smoothie with Biscuits from my friends at The Hungarian Food Guide. It looks light, bubbly and perfect for a hot, sunny day. Check back on Sunday when I share my famous stuffed yogurt berry smoothie. Enjoy.

You can find the above recipe and many more from around the world on my Free Recipe Depot Facebook page. You can also find all the Canadian Budget Binder recipes in my NEW! Free Recipe Index.

Have a great week everyone and I hope you enjoyed this edition of my Personal Finance Weekly Grab a Brew #30, Handling a Product Concern Responsibly.  Join me again next Friday when we do it all over again.

Hanging out in my closet sounds silly and it probably would be if you saw the size of our walk in closet. As a guy who enjoys ripping things apart and creating new spaces I’m the first to admit the closet is NOT at the top of my remodel list. I’m afraid there are many…

Hearing the birds chirp when I wake up in the morning is a sure-fire sign that Spring is on the way! It’s daylight savings this weekend and besides having to spring forward our clocks one hour we will lose one hour of sleep no matter what we try. I don’t mind it to be honest as I’ve… 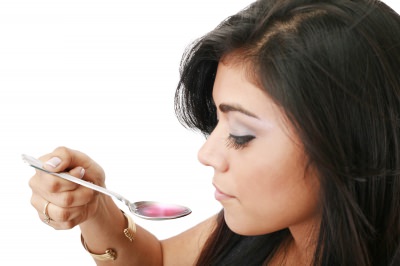 PAYING THE BILLS TAKES MONEY   In order to take a full day off from work for most people that means an entire day’s loss of income. That can be tough for any budget but there are times when it must be done. Unless your employer has provided you with stellar benefits or a contract…

BEAUTY IS A BIG INDUSTRY THAT CAN SWALLOW YOUR MONEY WITH DESIGNER PROMISES   My wife was talking to her sister on Skype while she was getting ready for work yesterday morning. She was in the bathroom straightening her hair and said she had been up since 5:30am and she was running behind as it… 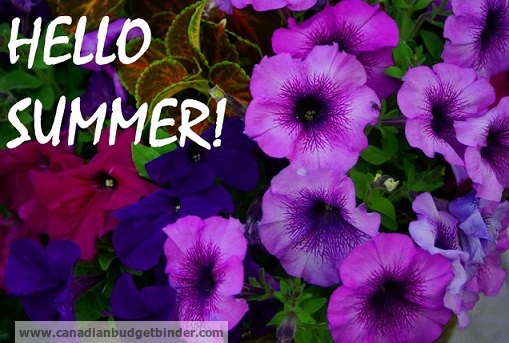 AN INFORMED CONSUMER STARTS WITH KNOWLEDGE   “Yet another food recall…” That was the same comment I expected to read by long-time Canadian Budget Binder reader when I posted yet another food recall in Canada on my Facebook page the other day. Christine like many other Canadians stays on top of current food recalls and…