MAKE THE DEAL TO SAVE SOME CASH

Everyone I know likes to save a few dollars especially when they can pick up a great deal on a product they need whether small or large.

Saving money is not easy but it’s also not that difficult especially if you have a budget or at the least track your numbers.

The hard part for many is stepping up and asking to make a deal or to haggle with a company to get the best price.

What does haggle mean?

I think before anyone can be a leader of their financial life they need to understand how critical communication skills are in all aspects of life. Haggling is simply a word used to describe the ability to get out there and use negotiating skills in order to achieve a common ground with another party.

Most often haggling or making a deal happens when you make a purchase whether large or small although many people tend to try to score a deal with larger items that might cost them a pretty penny.

The right way to make a deal

How to make a deal?  I know many people who are far too shy to ask for a discount on a product or to try to motivate the seller to give them a better price than their competitors.

If you are a saver like I am you know that many stores offer price matching or the ‘won’t be beat’ mentality where you will never pay more for an item if the competing stores are selling it for less.

I love this feature in many of the big box stores we go to as it has saved us thousands of dollars over the course of the years.

When you want to make a deal with someone the most important thing to do is to remain happy and smiling. No one in the managerial or customer service industry wants to deal with an irate customer who believes that they MUST get a deal on an item.

The wrong way is trying to pressure them to make you a deal when they have no authority to do so. If they sales rep is working on commission you may see them give you a better deal than the next guy.

Just recently we have been purchasing items to do home renovations and we came across a range hood extractor fan that had a huge price tag $4k+ and a reduced tag with a phenomenal price of just over $1300.

When my wife and I decided that we would purchase it the first thing she thought to do is to inspect the product because it was a floor model unit.

She noticed one of the screens had a bit of a bend in it and asked the company if they would be willing to purchase new filters and add them in for free.

They had no problems with that and when we went to pick it up there were 2 new filters as well as the old filter that would work just as fine but with no dent.

I believe that if we don’t ask we shall never receive and no question is a stupid question. Not everyone who works in the customer service industry is cut out to deal with customers who want to make a deal.

That’s ok because we can’t conquer the world so you do what you have to in order to get the sale even if that means telling them you have no discount authority.

Making deals for a living

I wish I was the greatest negotiator around however that is not the case. Some people who don’t have the natural negotiation ability actually hire people to do this for them.

I remember watching a television program where a woman was contracted out by a wealthy man to do all of his furniture shopping.

The furniture she would look for was items for sale at garage sales, thrift stores and auctions. She would make a deal with the seller and made sure to let them know that she has to get her cut of the deal as well.

I think that when the high rollers come in that people like that might bend a bit more especially if they know that the contractor will bring more business their way. It really is a catch 22 for some organizations especially when they want the customer to return.

You may find that pricing is higher for this reason to leave room for negotiation although not every business operates like that.

You might find smaller independent businesses may be open to haggling but since many already struggle to compete with the big box stores they might just tell you no the price is what you have to pay and they won’t make a deal with you.

Then again, you may have a mom and pop shop who will negotiate because they want the business so it really doesn’t hurt to ask because the worst they will say is no.

I leave all the talking to my wife because she is a pretty strong woman who fights for what she believes in. It’s one of those many qualities that she has that I adore.

They do say that we either complement our partner or that we are similar in some ways. I love to save and she has no problem trying to score a great deal without them losing money or too much commission.

I’d like to say that I am fair when it comes to shopping however my inner haggling bug keeps popping in my head because I want to see us get the best deal we can although it’s not always possible.

We like to shop early in the morning or late at night when companies are getting ready to close and it tends to be quieter.

We will pop in to see what they have on sale and whether or not they will give us a deal if we find what we are looking for.

Almost every place I’ve been to in some form we are making a deal which means I take home more than I bargained for but at rock bottom prices. That’s not so bad for me but there is also so much that our life is consumed with work .

Can you negotiate phone contracts? Sure you can but don’t just ask for a deal do your homework first so you know what you are talking about. There’s nothing worse than haggling to make a deal when you don’t even know competitor pricing .

Whether you score a deal all depends on what company you are dealing with but don’t be discouraged if they don’t offer you a deal off the hop but keep trying because every month you might find something new they are offering for a promotion or to current customers that you aren’t aware of.

Every year we haggle with our telecommunications company simply because of years of being a customer and giving me a discount is what THEY told me they would do so I went with it.

I did lots of research and know that it’s an amazing company but it may not be the best company.

Since I don’t own a cell phone I leave that area up to her in order to deal with getting what she needs. Whether it’s myself  or my wife one of us will call Rogers every year and chat to the retentions department.

There hasn’t been a year gone by that my wife and I haven’t received great pricing from Rogers although we have been tempted to bail on them many times we still keep coming back for more simply because they are willing to keep us happy even if that means by offering us a discount.

Keeping your accounts up to date and paid in full really does help with negotiating power when dealing with existing companies that you work with or support.

Powerful questions to ask for a deal

I was watching Money Minute on Yahoo this morning and @ashleighpat said that there were 2 questions that everyone should ask for when they want a discount.

If you walk into a store build rapport immediately with whoever the sales associate or team member you see and smile.

What you can easily say to them is “What discounts can you give me today?” and although I’ve never used that line I find it pretty straightforward almost sly in a way but it works I guess.

If you say it with a smile it might not come off as bad as it might sound to some people. I try to be a bit less forward but not asking simply means you get nothing and many places will negotiate.

In the end it’s important to remember that as a consumer you have the final say about whether or not you will make a purchase.

If you don’t get the price that you want you can always go somewhere else unless the product that you are purchasing is something that is custom or that is hard to find.

In that case you might just have to settle with paying for the asking price and suck it up.

Do you try to make a deal when you are out shopping?

Is there a right way and a wrong way to ask for a deal?

This weeks Top Recipe comes from a blog called Poetry of Food and to be honest they never seem to disappoint as the food always looks so good. Today I have a Chocolate Molten Lava Cake that looks so gooey and delicious that it’s one of those desserts where you just can’t eat one. 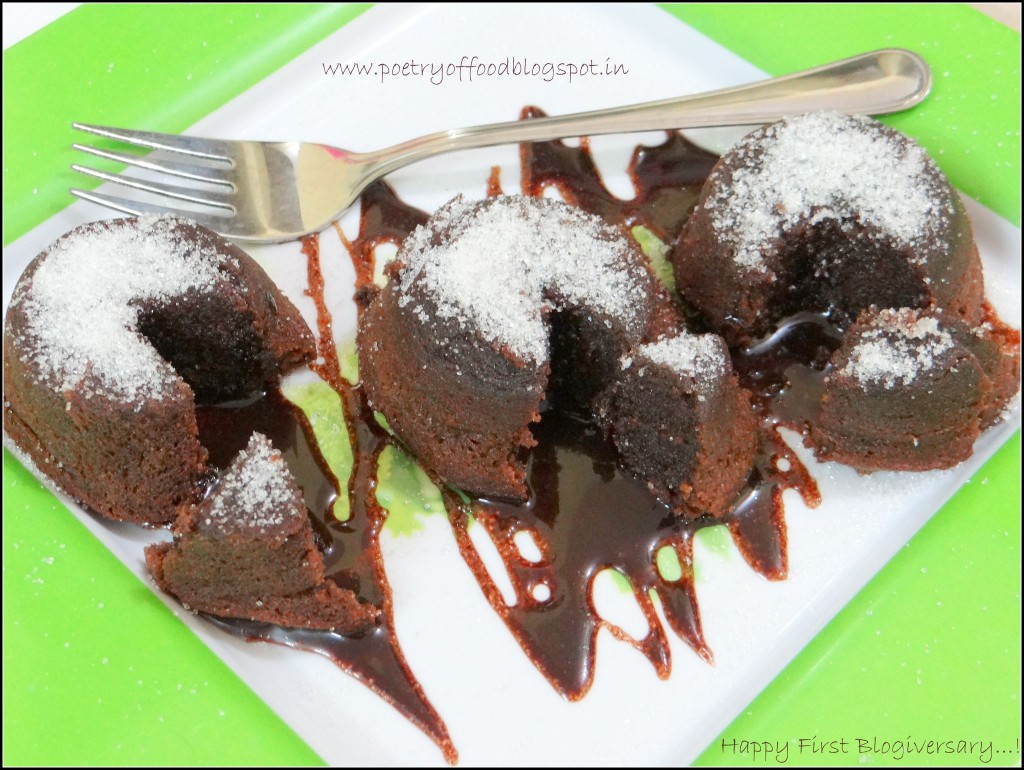 Every week I share a few of the best personal finance blog posts that I read over the past week with all of you.

Well, that’s a wrap for this Friday’s grab a brew #43 so happy saving and I’ll see you here again next week when I do it all over again.