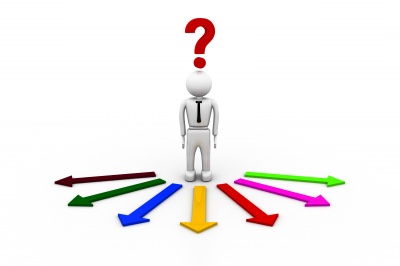 WALK YOUR OWN PATH IN LIFE

When trying to pick a career choice for the rest of your life it’s not an easy task for someone who may still be a teenager and still in high school.

The reality is that many people go on to change careers over the course of their life for many reasons.

Does money and success buy you happiness?

Sure, everyone wants that great career that pays out more money than the actual amount of effort put in. However, not everyone is built the same and one persons passion will be different from another.

The work ethic, studying philosophy and creativeness begins at an early age, depending on what your child finds an interest in.

I can quite easily say that there is also some inherent genetics that play a part as my own brain and interests are definitely similar to my fathers.

How to encourage your child

I can remember as a child growing up that my parents had obviously seen that I had an interest and certain developing skills that led them to encourage and pursue similar activities for me.

They also bought toys and encouraged my interest in activities related to it. It’s important as a parent to be mindful of what your child does and how they progress through the stages of life. If you notice your child loves to sing ask them if singing lessons or joining a choir might interest them but don’t force them into it.

At the time, I never thought much of it. Looking back now, I can see how this attention has had an effect on what I’ve chosen as a career choice.

Reading with a child can also encourage creativity or practicality, which is a shame as I didn’t inherit the same passion for reading fiction that my mother has. Don’t get me wrong, I enjoy reading. My reading habits tend to be more practical, manuals, numbers and facts and figures.

Choosing a career for kids at an early age is pressurizing your desires onto your children in the hopes that they might be more successful than you. As adults we already know how hard it is in the real world and how much it costs to pay for bills and keep a roof over our heads.

We want out children to be successful with money because then we feel that they are taken care of financially if they make all the right moves. That doesn’t often happen or it backfires on some parents who force life on their children rather than guide them.

Many parents today if they have the extra money in their budget put money aside in a Registered Education Savings Plan (RESP) through the government so that the child has less of a financial burden on them when they go to school.

This by no means should be used as a way to force your child to become a doctor or put into a career that they don’t want to do.

Some parents force what their child must pick for a career choice but this might only bounce back and hurt them in the long run. They won’t be happy.

Other children must take out Ontario Student Assistance Program loans (OSAP) if they don’t have enough saved for their career choice education which must be paid back after their education is completed.

Not all children want what their parents want from life and it’s not right to force a child to be someone they don’t want to be.

What if you have a successful family business and expect your child to take over and they don’t want to but you make them feel guilty about it? Is that right? No.

I’ll always remember that my mother was supportive of the fact that whatever I chose would be the right choice. She said “do whatever makes you happy”.

My parents owned a few businesses that were successful while I was young but I certainly was never pressured to run them for life or start my own.

I’m thankful my parents didn’t tell me what I had to do for a career choice but allowed me to make my own decisions and mistakes in life even though they guided me along the way.

When I was at school in the UK at around the age of fifteen, we had to complete a career assessment test which was a standardised set of questions.

You filled in the descriptive and personality type statements with a pencil. From there it was all fed into a computer and it printed off the possible results for suitable career choices.

Sounds simple enough although it’s only a guide for you to make your final decision on what course to apply to.

As I understand there is or was something similar here in Canada in the Colleges and Universities where choosing a career quiz or career choice test is available to potential students from the guidance counselors and basically ran in the same manner.

Things may have changed since my wife went to school but this is what she remembers of her time in the education system in Canada from a younger age.

To be honest, I don’t think anything on my career choices struck me with an interest.

At the time, we had a family business of which I did not want to take on although I helped out a lot while growing up. I always had a strong work ethic and certainly didn’t mind putting in the effort to achieve what I wanted.

I was one of those children who didn’t really know what I wanted to do, yet some kids at our school were hell bent on being a doctor or an architect.

I know for a fact that more than a few of those people are working in the fields they saw themselves in all those years ago.

Some of my old friends aren’t as happy as I would have thought though. Just because you made a career choice early on in life and pursued it with a passion doesn’t mean it’s going to make you happy.

Your passion may end up leaving you because you do it on a daily basis. You may also find that you look back and wish you did something that you didn’t or you failed to complete a course that today would make you very successful.

How to guide your child

There will always be a family influence on child development from what career the parents have to what the child’s siblings are interested in or studying for.

When I struggled with math, my father would write out multiple sheets of questions after explaining where I was going wrong. My mother would always correct my spelling and grammar when my use of the English language failed me. I was lucky to have parents who took an interest in my education and wanted to see me progress as best I could.

That was just correcting mistakes or building up general education. Guidance came in the form of exposure to different jobs, talking about what I liked about each one and then thinking of something that may suit me better. Either way, whatever I chose as a career choice they always backed me 100%.

We didn’t have lots of money at the time so they couldn’t pay for my further education. Today is a different story because what my parents worked hard for all those years is coming back to them. Earning money may take time but it also requires effort and hard work. They did support me though and encourage my chosen career choice path.

They left me alone when I had large projects to complete and hand out advise when they thought something might not work, not criticize my attempts.

Going my own way and turning to my parents for advice and support over the years has led me to where I am now, happy.

We’re not rich, but we are hard-working. We may not be the smartest people in the world, but we’re on the road to being successful enough to live well and hopefully retire early.

Life is not easy but we all have choices and although they may not be what we want we have to do what makes us happy. If going back to school again is something that will make us happy then find a way to follow your dreams.

I had to start over with my career choice when I moved to Canada and sure it was a struggle and we had to give up lots of luxuries but we did it. Like my friend Ian who also went back to College at age 30 it was very intimidating, stressful and challenging but I never let that get in the way.

Never doubt yourself and try not to think so far into the future because you might just plant the seeds of negative thoughts on goals you want to achieve whether long-term or short-term.

If you just believe in yourself the rest will follow because everything works out the way it’s supposed to be.

Did your parents guide you into a career or did you make your own career choice?

Mr.CBB’s Week in Review My weekly blog post picks have grown week by week and I’m thrilled to see many bloggers and advertisers interested in Canadian Budget Binder. I’ve worked a bit more lately at my real full-time job but continue to find the time to renovate the house, get ready for winter and work on this… 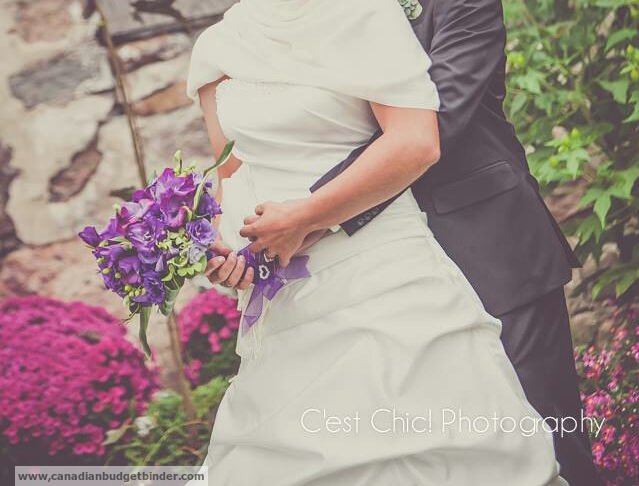 PLANNING YOUR FLORAL BUDGET   Wedding planning is an exciting time for a bride and groom-to be even though many girls have their dream wedding thought up years before the big day actually happens. Next to the wedding dress the wedding flowers are a big deal for any wedding budget. Proper wedding planning can end…

I had to write this post after eating out as I was just shocked at the cost of our meal at a well-known chain Restaurant. I used some gift cards I had received from Christmas to pay for the order. It wasn’t on my dime but I had to use them before they expired. So… 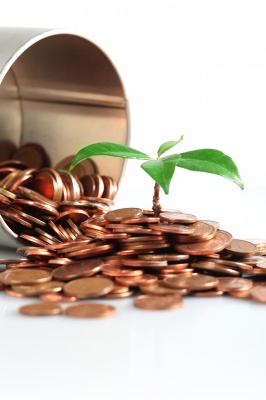 BELIEVE IN YOUR OWN WORTH   If you believe you have a high net worth that means you have likely achieved many of the goals you have set out for yourself financially. That’s great. Nothing happens over night unless you win the lottery or something extraordinary happens in your life financially. For most people we… 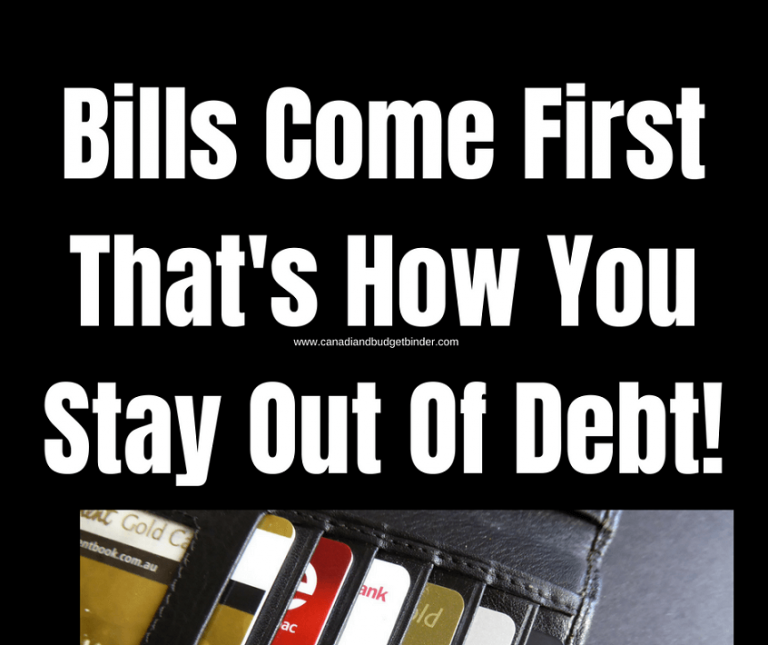 BELIEVING YOU ARE FOREVER FINANCIALLY DOOMED IS YOUR EVIL   If you want to stay out of debt, pay your bills it’s as easy as that however for those of you who fall behind it becomes a game of catch-up. This is one of the deadliest financial games to be involved in because it can…