A LOST BUSINESS IDENTITY CAN COST $

It’s no secret that I use my allowance to buy coffee at fast food outlets like Tim Horton’s or McDonald’s but I don’t ever invest in much more.

Some people live and breathe the products that are new at their favourite fast food outlets but in the past few years it’s become overwhelming.

There are changes though coming to one of the most popular coffee giants, Tim Horton’s. You may notice some of your favourites missing from the list and ice-cream is on it’s way out the door.

I don’t know the in’s and out’s of the fast food industry but as a consumer watching in from the outside my feedback is just as important.

I’ve participated in many focus groups for the fast food industry over the years and to be honest with you things have changed dramatically.

Sure we get fast food back in the UK and although I haven’t been home for about 6 years it’s hard to say what’s changed but what I do know is competition among the restaurants in this industry is cut-throat.

It’s about who has the healthiest fast food menu to who offers the most unique product to the deals of the month, coupons, free product offers just to get you through the door.

The reason is that the products are pretty much the same these days give or take signature products that are still being introduced among fast food stores.

You know if I want fish and chips I’ll go to a proper fish and chips shop, not Dairy Queen. Most people go to Tim Horton’s or Star Bucks because they want coffee to keep them going. The treats are there as add-ons or money makers.

The same goes for breakfast and ice-cream. I’m not one for the all-in-one stores because I believe fast food restaurants should specialize in certain products because they are good at what they do.

If you watch these fast food chains it’s always a race to the top with products and for good reason, they want your business.

When fast food giant McDonald’s used to be one of the few places to get a hash brown now Tim Horton’s has it on the menu.

Where Dairy Queen is the home of the blizzard you can get the exact same thing called a McDonald’s McFlurry for half the price. No you won’t be left out in the hot sun without a treat at Burger King because they offer the same treats.

Then the McDonald’s breakfast sandwich which has given them top spot for fast food breakfast along with hot cakes and sausages now have to compete with Tim Horton’s who now offer breakfast sandwiches and hash-browns. Burger King is right up there with a full breakfast menu specializing in the croissan’wich and french toast sticks.

That’s ok because McDonald’s is firing back with free coffee weeks and coffee rewards cards. There’s not a month that goes by that I don’t get fast food coupons in the mail and that’s because drawing the customers in these days takes perks.

To be honest, I like McDonald’s coffee better because it actually tastes like a strong coffee. I find that coffee at Tim Horton’s has gotten weaker in taste, but that’s just my opinion.

Although I’d be shocked to see Timmy’s offering flapjacks, never say never though. We can’t forget Burger King and the famous Poutine (fries, gravy, cheese curds) which is also offered at Harvey’s and now available at McDonald’s.

The competition is fierce and brings along more decisions for the consumer about where to stop off and eat their fast food. I’m not a fast food fanatic although I’ve eaten it in my time.

I prefer to cook homemade meals and bring them along to work so I don’t get so involved with the food rat race but I see it because it’s all around me.

Eating out vs eating in is a big deal especially in the corporate world where getting out of the office is priority for many.

Some of my co-workers live for this stuff and although I’ve done the math on how much it would eat out of you budget by falling prey to the fast food industry that won’t stop many people.

If you missed my post on the lunch comparison of two co-workers you should give it a quick read. It’s no surprise to see how the money can quickly add up.

Convenience food is where it’s at but when the competitions menu get so out of hand in my opinion the overall identity of the organization gets lost. Where we would associate certain products with one restaurant it’s now available at them all.

Tim Horton’s has come a long way since opening the first store in 1964 and continues to want to stay on top.

When Tim Horton’s brought in the Cold Stone Creamery in 2009 I thought wow who is going to want ice-cream from a coffee shop and besides it just seemed odd.

Now only a few years later they plan to remove the Cold Stone Creamery from their stores in Canada yet let the stores in the USA as they are.

Don’t get me wrong I’ve heard the ice-cream is amazing but maybe it’s best standing on its own two feet. They apparently want more space to offer more products and removing the ice=cream will free up that space.

If we focus on making the products that are popular the best of its kind while introducing unique products that might give these places the upper hand.

The problem is they are all copying each other just giving products a new name. In the case with Tim Horton’s the mismatch in products  with the Cold Stone Creamery was called from the start by me.

I knew it wouldn’t last. Not only is Tim Horton’s nixing the ice-cream but they are removing some products which they feel aren’t working.

A friend of ours who worked at Tim Horton’s when she was younger as a front server and a baker says the product you get today is nothing like it used to be when the product was made in-store.

The taste is different to her, the product seems smaller because it’s likely standardized with machinery, the prices have skyrocketed and people notice this stuff.

Sure product ended up in the garbage after each shift and nothing was donated where she worked. Some days they would run out of products but there was always a day baker on site as well.

Some nights were rough if a baker called in sick because the owner would have to jump in although it was rare at the store she was at as the bakers looked out for each other.

Training a baker was not hard to do it was finding someone who wanted to work overnight and who was dedicated to following a standardized procedure.

That didn’t seem that hard either because there was always someone looking for a job especially in the fast food industry. Best part is that Tim Horton’s offers employee benefits which were hard to come by.

It’s not rocket science to make donuts, muffins and cookies. If you can follow step by step procedures and mult-task you’re in.

Even so, the in-store bakery coming to an end was a hard hit to many owners and employees who were bakers.

Inflation working wonders on our wallets but pay cheques stay the same or hardly increase to take on the price hikes not only in fast food but everywhere.

Maybe it’s  a smarter idea to make your own homemade donuts for a fraction of the price and brew your own coffee.

She no longer has a hankering for anything donut wise as she’s been there done that but once in a while she doesn’t mind her favourite walnut crunch.

She was not surprised to hear the walnut crunch would be one product knocked off the Tim Horton’s donut list as they simply didn’t taste like they used to.

I guess get donuts fresh out of the fryer and dunked in the sugary glaze has a much more profound affect on the consumer over the flash frozen product.

What’s interesting is that the frozen product costs the franchisees double what it would cost to bring back the traditional in-store donut making methods. Maybe that explains another reason why the prices are where they are.

The best part of Tim Horton’s was walking in the store at 6am and smelling the freshness of the donuts and muffins with the smell of coffee in the air.

You don’t get that any more even though they still bake off the products. All I ever smell is  bagel smells from the toaster and coffee. Maybe I’m just going in at the wrong times, who knows?

Although we need change when it comes to any business plan sometimes adding too much to a menu can be overwhelming.

How many times has Gordon Ramsey shot down restaurant owners on Kitchen Nightmares for having a menu that went on for pages and pages.

This is how it feels like when you enter some of these fast food joints today. The choices are overwhelming and the convenience of fast food and drive-thru gets slowed down.

When a menu has too many options people take longer to decide, prep takes longer, more space is needed and service has the potential to get slowed down.

We only have to look at the food truck epidemic happening around the world.

They are fast and furious with customers and you don’t see menus that are pages long. These trucks specialize in some food and drink items and the people swarm to them to get good food.

No compromising on flavour, taste or overall appearance of the product because they keep the menu simple.

I don’t know where Tim Horton’s plans to go from here but maybe some of these fast food giants should get back to basics and keep it simple.

What are your thoughts on the emerging product wars in the fast food industry? Do you find it annoying to see the same items on the same menus at these stores? 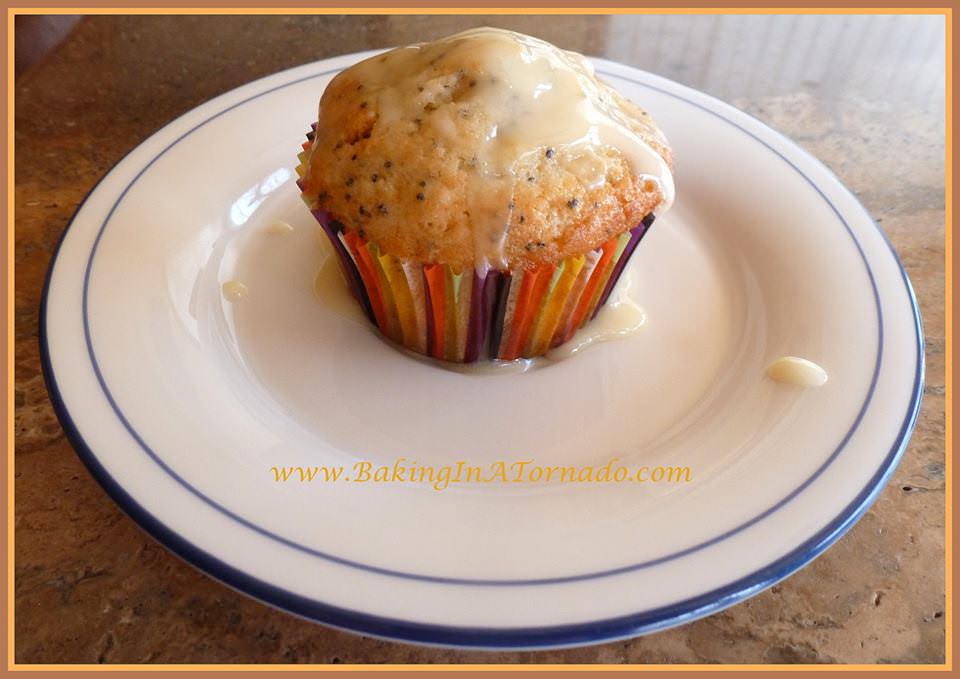 If you don’t already know I have a second Facebook page online called The Free Recipe Depot where I share recipes from other Foodie Bloggers from around the world. Once a week I pick one recipe that has been submitted as my Top Recipe of the week.

This week that recipe goes to a food blog called Baking In A Tornado run by Karen who is originally from Boston now living in the Midwest. She shared this lovely maple glazed poppy-seed muffin. 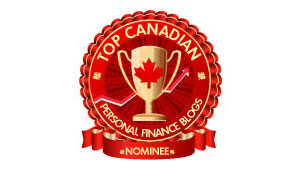 It’s that time of year again where Jeremy over at Modest Money is holding his Top Canadian Finance Blogger 2014 Poll again. Please if you are a fan head over and VOTE Canadian Budget Binder~

All the rules are in his post. It’s a simple vote though. Thank-you in advance to all of you that do vote for this small personal finance blog that brings Canadians together like family to talk about issues that are near and dear.

Well, that’s a wrap for this PF Friday’s Grab a brew #60. Happy budgeting and I’ll see you here again next week when I do it all over again.