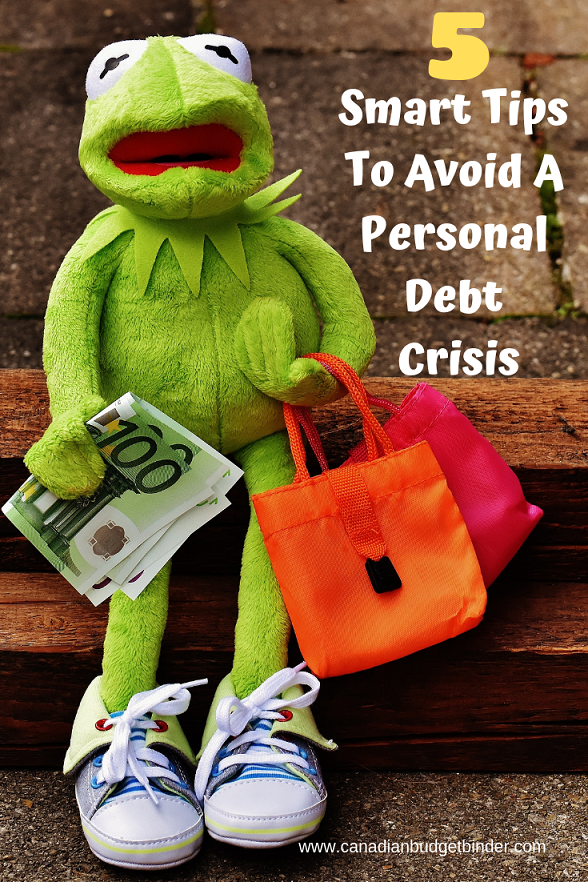 DEBT LURKS BEHIND CORNERS YOU THOUGHT WERE SEALED

At least once a month I get an email from someone who is ashamed of the debt crisis they’ve created and want help to pay off the debt.

Everyone’s debt crisis will differ on a situational basis but the biggest culprit is personal debt.

It’s heartbreaking to hear so many personal stories but it’s a reality that WE need to listen to.

All of you who are covering up your debt with a frosted lifestyle but behind closed doors are crying need to face your debts and fast.

Do you remember Tony who paid off over $100,000 worth of consumer debt?

Then there is Jen and Ken who crushed their debt crisis using a budget.

Before I moved to Canada the only UK debt that I had in my name was my mortgage which I was aggressively paying down.

The only way I could muster up extra cash to chop my mortgage amortization was by living a frugal-lifestyle.

I didn’t have a flashy career with a diamond salary and super pension, all I had was my determination to become debt free.

Bank debt was my only debt and after owning two properties at such a young age I decided that being mortgage free was my ticket to avoiding a debt crisis.

I was right, sort of.

Debt Crisis Can Hit At Any Time

After years of working over-time and shaving years off my mortgage, I got married and moved to Canada.

I love Canada by the way. (Just thought I would throw that in here)

With that move, I started a new life and partnered with more debt just like anybody would have.

Debt is not a bad debt when it is an investment which is not the problem for most Canadians, it’s consumer debt that eats us alive.

Shortly after landing in Canada to live with my new bride I ended up back in school.

It wasn’t where I had planned to be as I thought Canada would have ample job opportunities for an educated guy like me.

Wrong. I had no Canadian work experience and without it, I was reduced to minimum wage jobs and blobs of networking.

I didn’t want to settle nor did I have to since I had some savings set by.

I also wasn’t going to be living on a prayer in hopes that someone I met would offer me a job with my University degree.

I paid for my Canadian education with cash savings I had from selling my UK house which was an important investment in myself.

Things were going fine for us but we didn’t have a home and were renting and still had a vehicle loan to pay back.

Plus, we wanted to have a child and as we all know they cost MONEY and lots of it.

All of that would add some form of debt to our almost debt-free lifestyle but we were preparing for it.

Luckily my wife and I are in sync (not the band) when it comes to our finances.

My wife pays off debt the same way I do which is a good thing since marriage and financial uproar are causes of debt crisis among couples.

The emotional effects of debt guilt are tough to overcome but putting a band-aid over them won’t solve them either.

When one spouse/partner is working to pay off debt and the other is creating debt this begins a cycle of in one door and out the other.

After spending $265,000 to buy a new home for both of us our debt crisis really hit us hard.

It wasn’t because we took over $80,000 out of the bank for a downpayment either.

My wife lost her job three months into paying our mortgage and I was earning less than what minimum wage is today, $15 an hour.

Although owning a house is a good debt investment that will offer a return when you struggle to pay it off because you are house poor that’s a different story.

Being house poor happens every single day to many Canadians which is why it’s critical to understand your debt to income ratio.

You may also want to consider various risk situations before you commit to making any large purchases such as a mortgage.

When times get tough that’s when people resort to using credit cards and bank loans to shuffle money around.

It’s the only way they can make ends meet but it’s a path to debt crisis for many.

Wait a minute though.

It’s not just the big stuff causing Canadians to suffer a debt crisis, it’s the small stuff too.

This is what we call bad debts.

All those ATM visits, debit card, and credit card swipes and personal loans are taking us for a wild financial ride.

Stress and Depression can take its toll.

There’s no other easy to way to say it but if we don’t get control of our money today the future will be bleak.

Money and debt are not about just living for today, it’s about the future and when you get older and unable to care for yourself.

I used to think to live in the moment was scary but what scares me the most is tomorrow and the next day and so on.

What is personal debt?

Personal debt also known as consumer debt is expenses that don’t add investment value to your life or appreciation.

In other words, you use your credit card to buy groceries, clothing and other items that you can’t afford to pay in full each month.

A good way to look at it is that personal debt funds consumption rather than generating investment opportunities.

On top of that what you are buying is not appreciating in value it depreciates or has no added value to your net worth.

How much debt is the average Canadian in? Too much debt that’s how much.

The amount Canadians owe relative to their income ticked higher in the fourth quarter of last year as the growth in debt slightly outpaced income growth, Statistics Canada said Thursday.

The agency reported that seasonally adjusted household credit market debt, as a proportion of disposable income, increased to 178.5 per cent in the fourth quarter. That compared with a revised reading of 178.3 per cent in the third quarter.

That means there was roughly $1.79 in credit market debt for every dollar of household disposable income in the fourth quarter.

What this means is that Canadians have more debt than they do income to pay off the debt which is cause for a debt crisis.

If everyone had the debt-free living mindset it would certainly free them from the perils that came along with the stresses of debt.

Sadly, this isn’t the case but with more people becoming interested in financial education it allows them to grasp that mindset.

How to pay a debt

You can pay a debt simply by paying more than the minimum amount owing each month or pay the debt in full.

You can also pay off all debts at once if you come into some money or if you are forced to consolidate your debts to get a lower interest rate.

The only pitfall is that if you want your debts wiped out you need the cash to do so or you end up paying debt with debt.

Related: How to fight credit card debt with a balance transfer option

For some, a consumer proposal is a sure-fire way to smash debt but it also leaves a sour trail behind on your credit report.

What is a consumer proposal in Canada?

A consumer proposal is a formal, legally binding process that is administered by a Licensed Insolvency Trustee (LIT).

In this process, the LIT will work with you to develop a “proposal”—an offer to pay creditors a percentage of what is owed to them, or extend the time you have to pay off the debts, or both.

The term of a consumer proposal cannot exceed five years.Payments are made through the LIT, and the LIT uses that money to pay each of your creditors.

Bankruptcy and consumer proposals only used as a last resort for most people facing a debt crisis they cannot fix.

How to budget money to pay off debt

For many people paying the debt off in a year is not realistic unless you come into enough money to do so or your debt isn’t that high.

If you really want to repay debt and get out of the rat race the first thing you need to do is to stop creating it.

Get rid of unused credit cards and instead of consulting a debt service focus on creating a debt repayment plan.

Before considering bankruptcy or consumer proposals always ask yourself if you’ve done enough.

If you don’t have a budget you’re not doing enough and I’ll stand by that until I’m in the grave.

Related: 3 Money Smart Strategies we applied in our 30’s to erase debt

You must know how much money you are bringing in (net) and how much is going out including debt repayment.

The easiest way to do this is to create a debt repayment plan and a monthly budget to pay off debt once and for all. 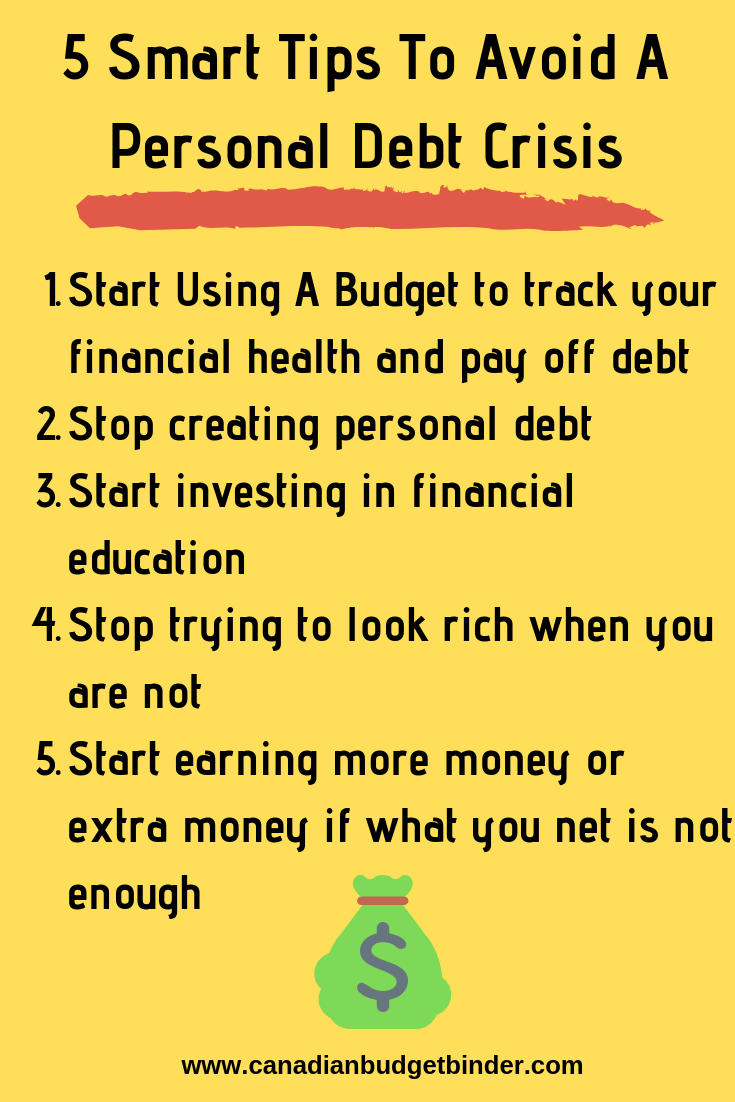 The above start and stop steps are straight-forward but consumers need to read them to ward off a debt crisis.

If you’re serious about personal debt and getting rid of the bad debt then invest time into living the life you can afford.

Discussion: What steps have you taken to avoid a personal debt crisis? Leave your comments below.

If you have a finance story you’d like to share on CBB email me and let’s talk about it. 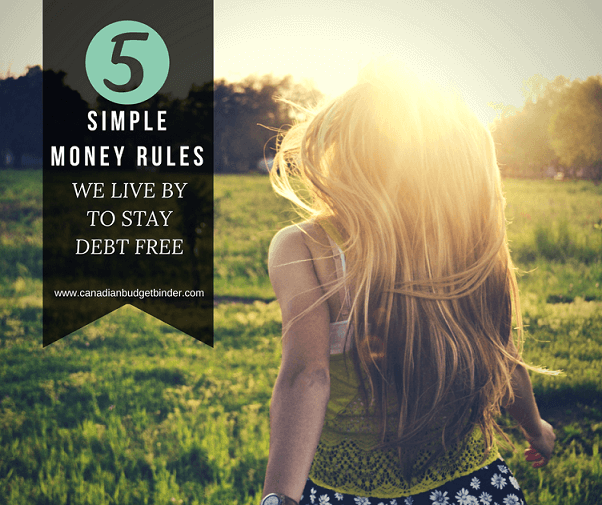 Working Hard To Pay Off Debt May Be Challenging But Staying Debt Free Is Smart Money Management.   If you start by reading this post believing that you will never become debt free not only will succeed but you’ll also carry the burden of debt with you wherever you go. Creating Money Rules are not… 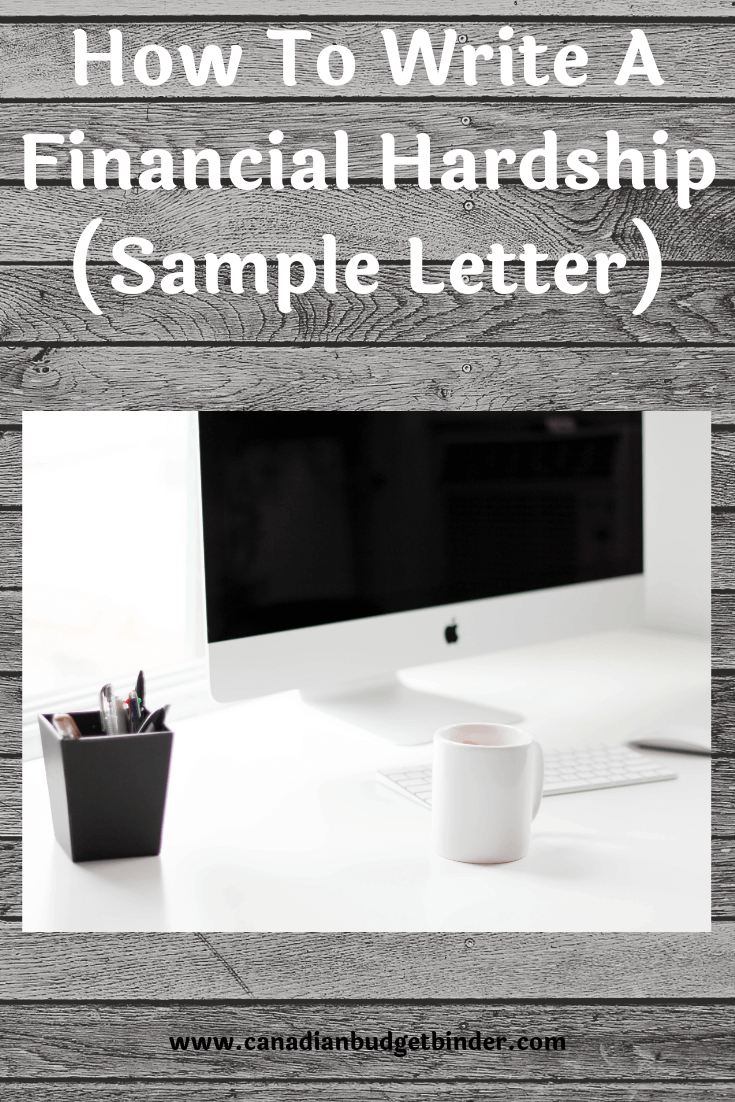 Financial hardship is when your cash flow has been significantly impacted by certain events in your life and you simply can’t make ends meet no matter how hard you try. 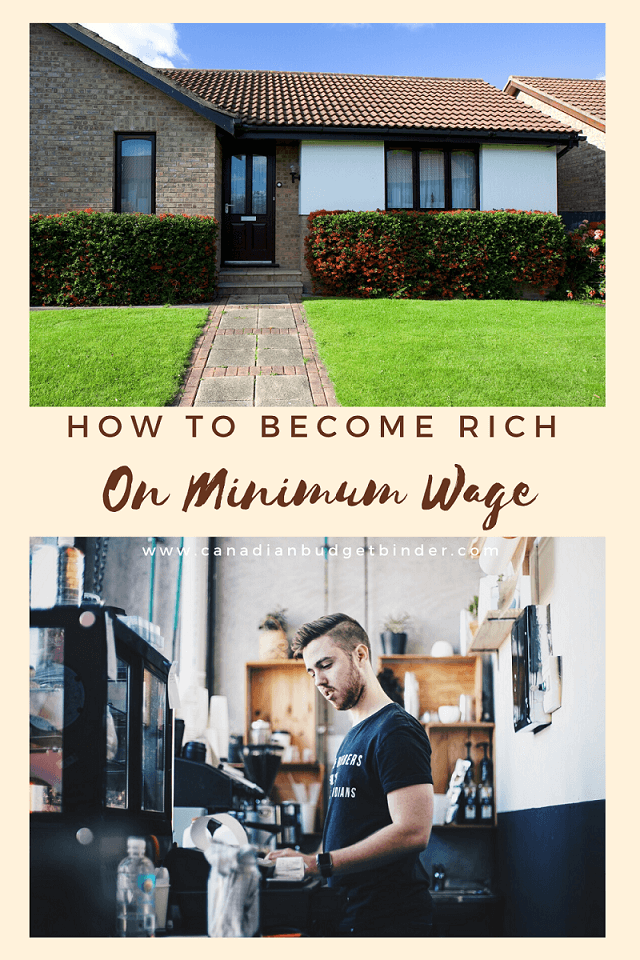 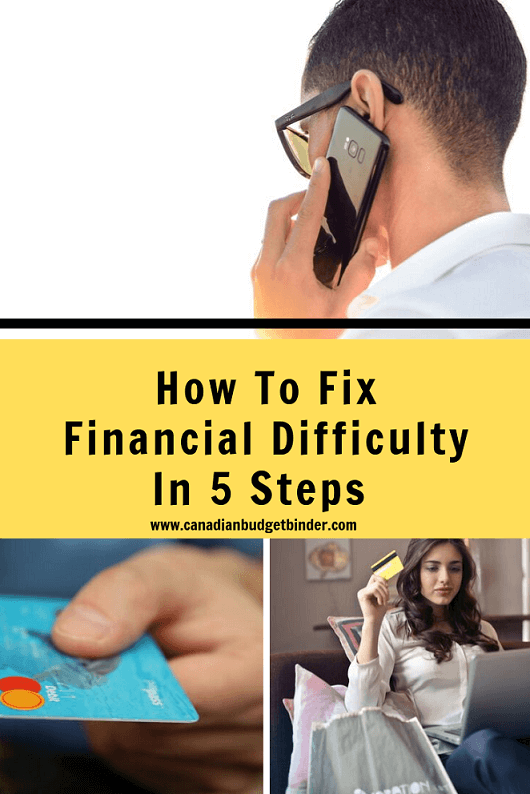 CLEANING UP FINANCIAL DIFFICULTY IS A MOP AND BUCKET AWAY A common cause of financial difficulty typically stems from not being able to manage money properly. Obvious right? Well, not to everyone which is why bankruptcy exists. Money management is the key fundamental for success and critical to anyone who wants to avoid financial difficulty…. 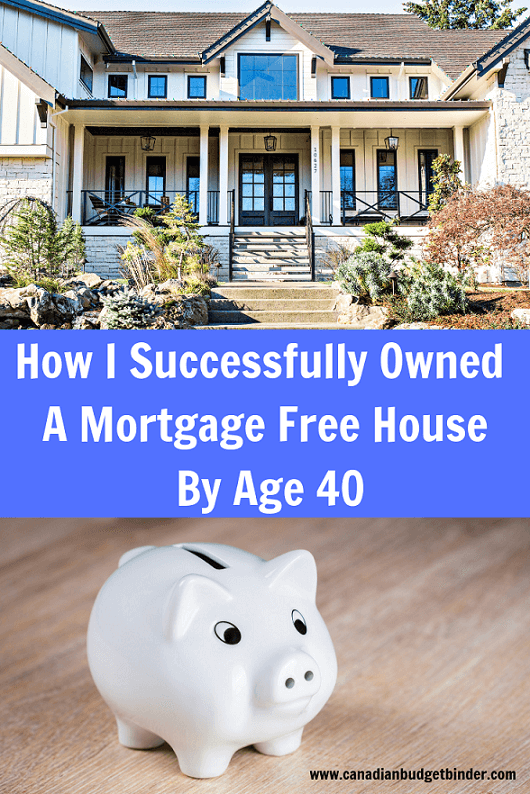 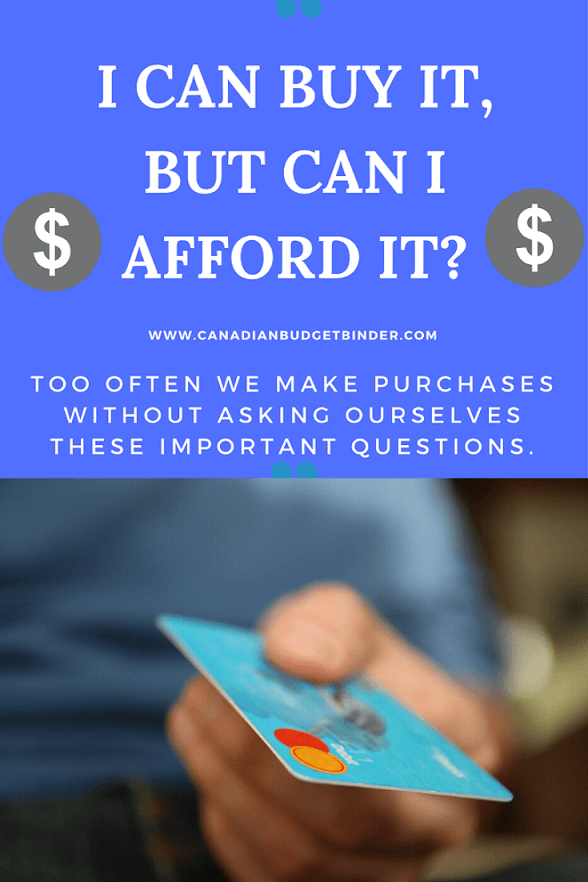 This last year has been a very educational year for me in terms of finances and managing my money. Every day I am improving and I am further along than I ever thought I could be. I’m actually really enjoying learning everything there is to know about personal finance especially when it comes to my…