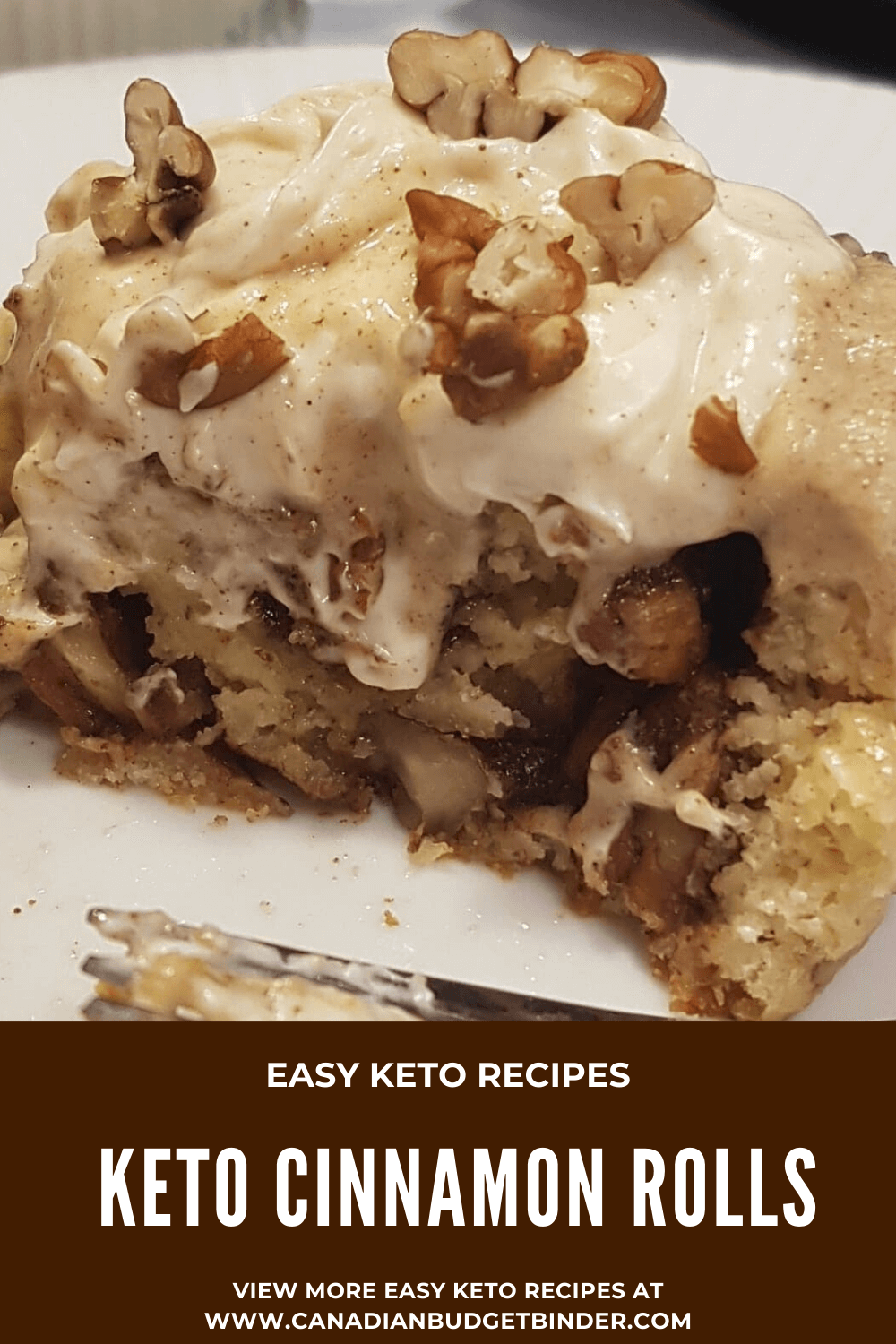 Buttery Keto Cinnamon Rolls That Will Melt In Your Mouth

Making keto cinnamon rolls from scratch is easy to do and will save you from spending your money at a keto bakery.

So many people depend on keto bakeries across Canada for their keto treats and keto meals which cost a fortune.

Just to buy a keto cupcake can run you near $5, just for one.

No thanks, I’ll make my own.

Keto is not difficult especially baking treats to take along with you to work or for a snack at home.

I know some of you are saying, “but I can’t bake”, however, let me tell you, yes you can.

Keto baking is so easy once you have the basics down especially when using a fathead dough.

It’s pretty hard to mess it up, trust me. 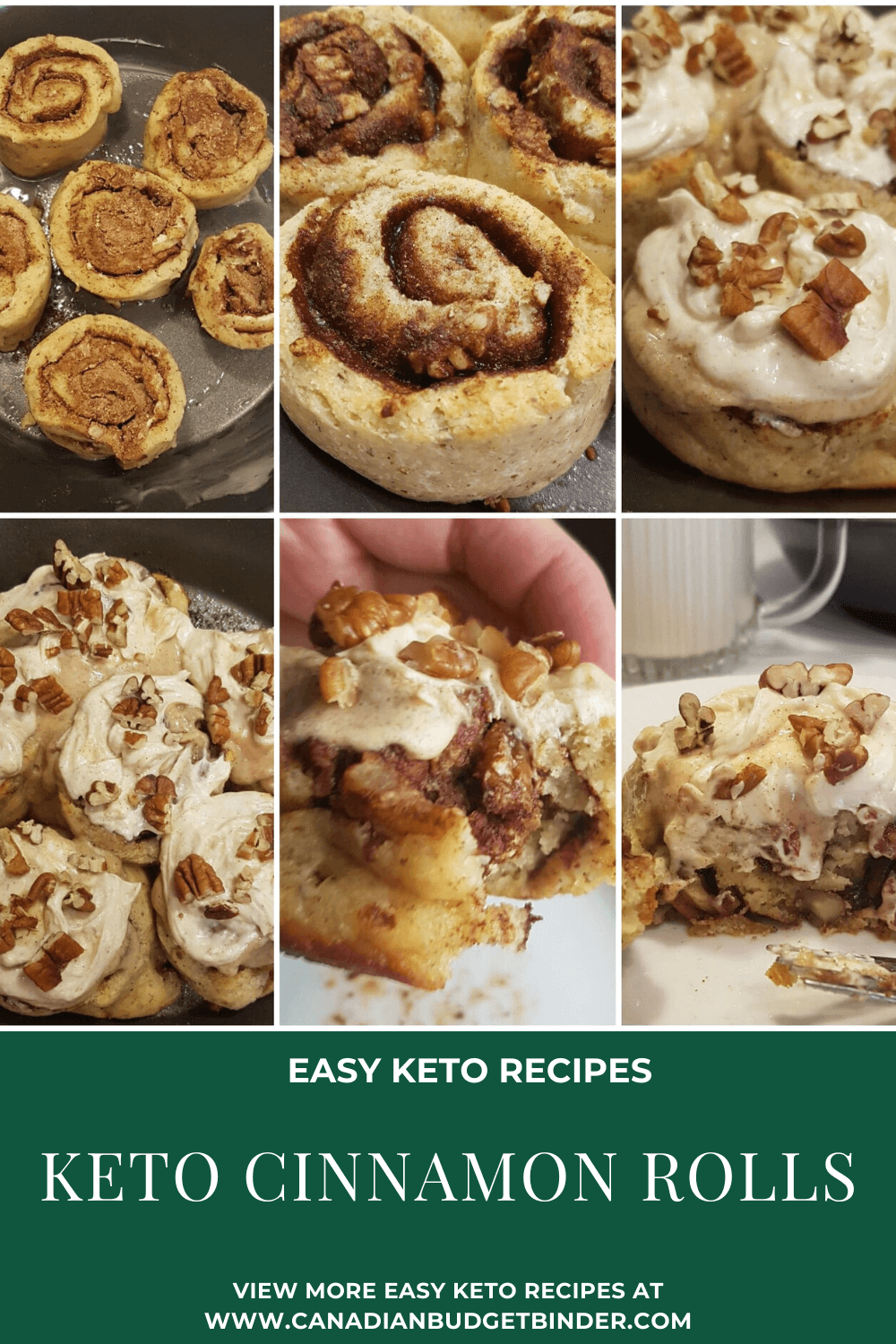 Any time that I bake with almond flour or even coconut flour I never enjoy the baked good until the next day.

There’s something about letting the product sit for a day that helps to bring all of the flavours together.

Not only that but we both find the texture of the product to be far different on day 2 then it is once it’s cooled from the oven.

However, these keto cinnamon rolls can be eating hot out of the oven if you simply can’t resist them.

The toughest part of this recipe (it’s actually super easy) is making the fathead dough.

What is fathead dough? 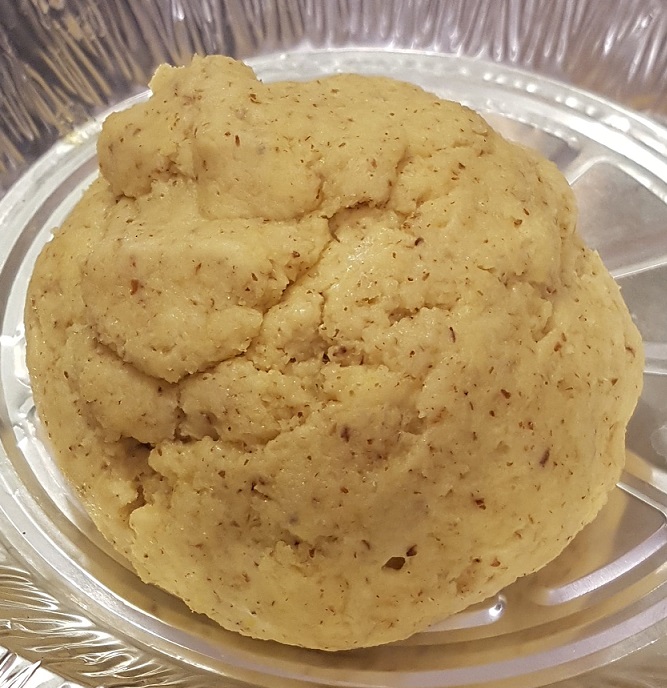 Once it has cooled just a touch you add in your eggs and mix it quickly so the egg doesn’t cook in the dough. 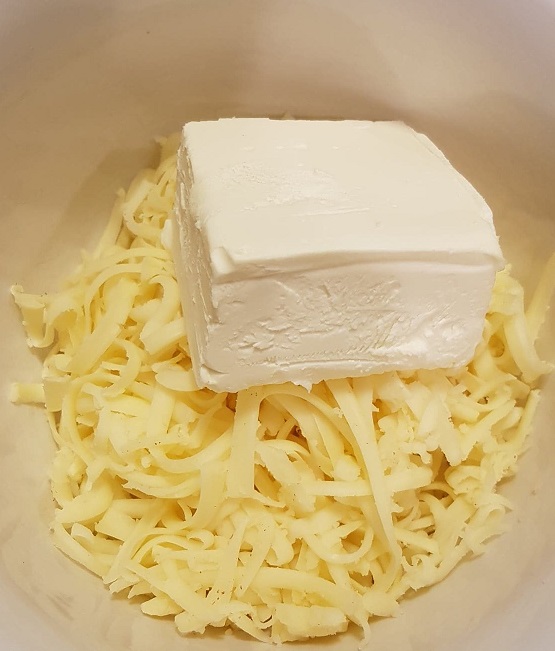 I’ve never once had an issue with adding the eggs to the melted cheese. 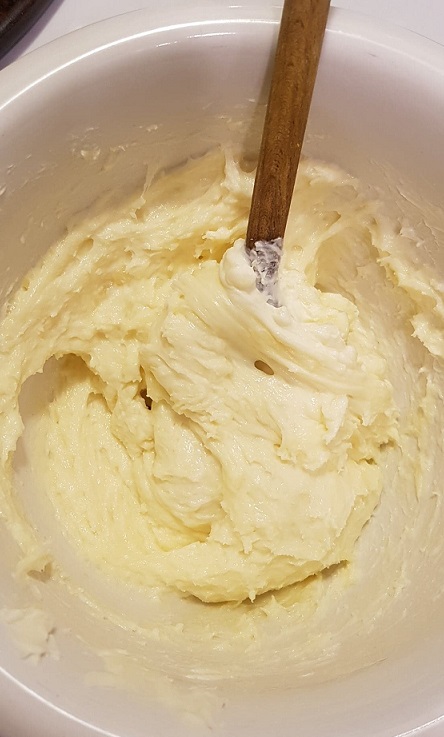 You keep kneading in the bowl until it forms a ball that resembles dough. 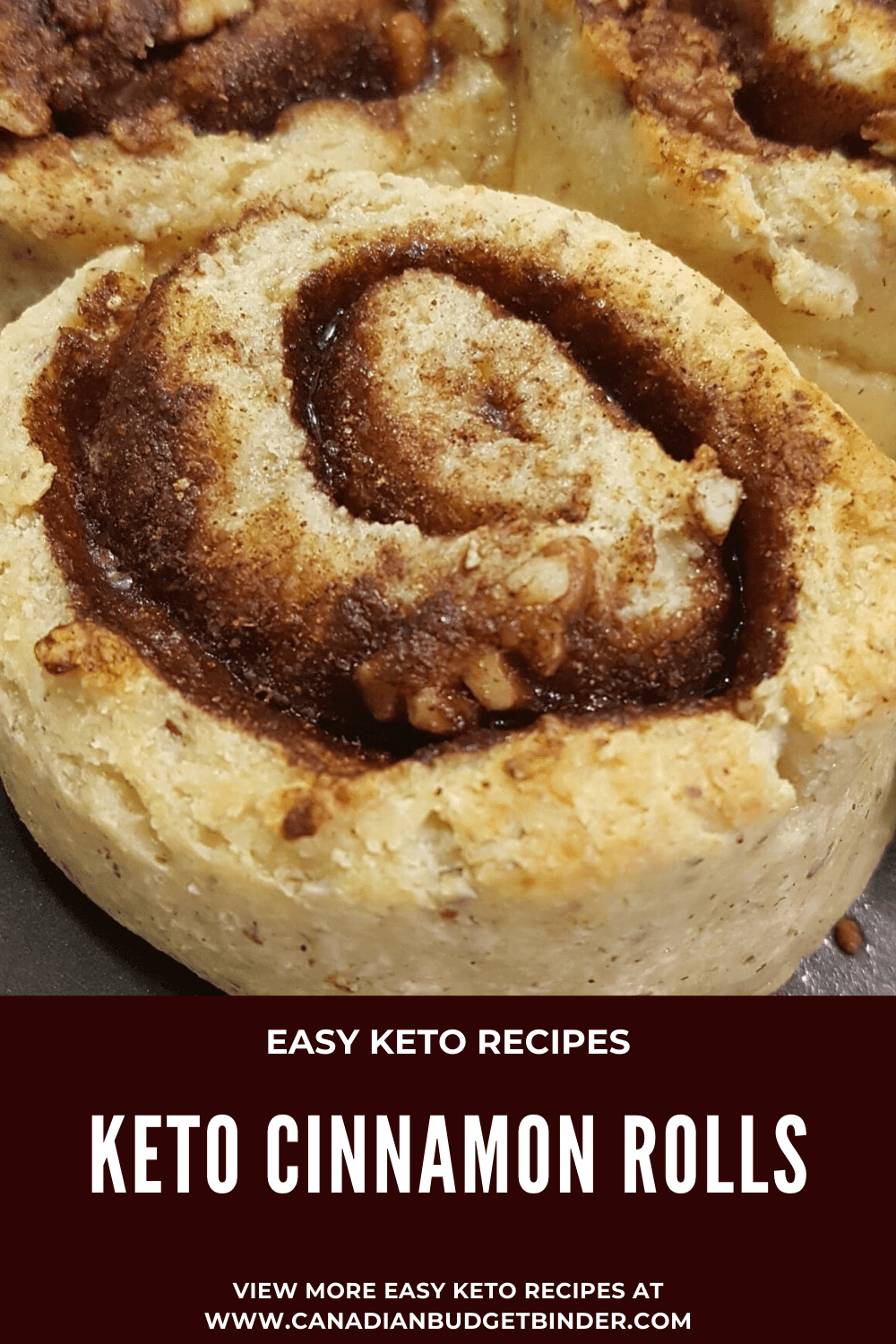 You can also add ground flaxseed as I have along with some vital wheat gluten if you want to.

Vital wheat gluten is not gluten-free so if you are looking for gluten-free keto cinnamon rolls just leave it out.

The vital wheat gluten is high in protein, low in carbs, and adds structure or body to the cinnamon rolls.

You are using very little for this recipe but it makes a huge difference and it can easily fit into macros and net carbs of 20-50g a day. 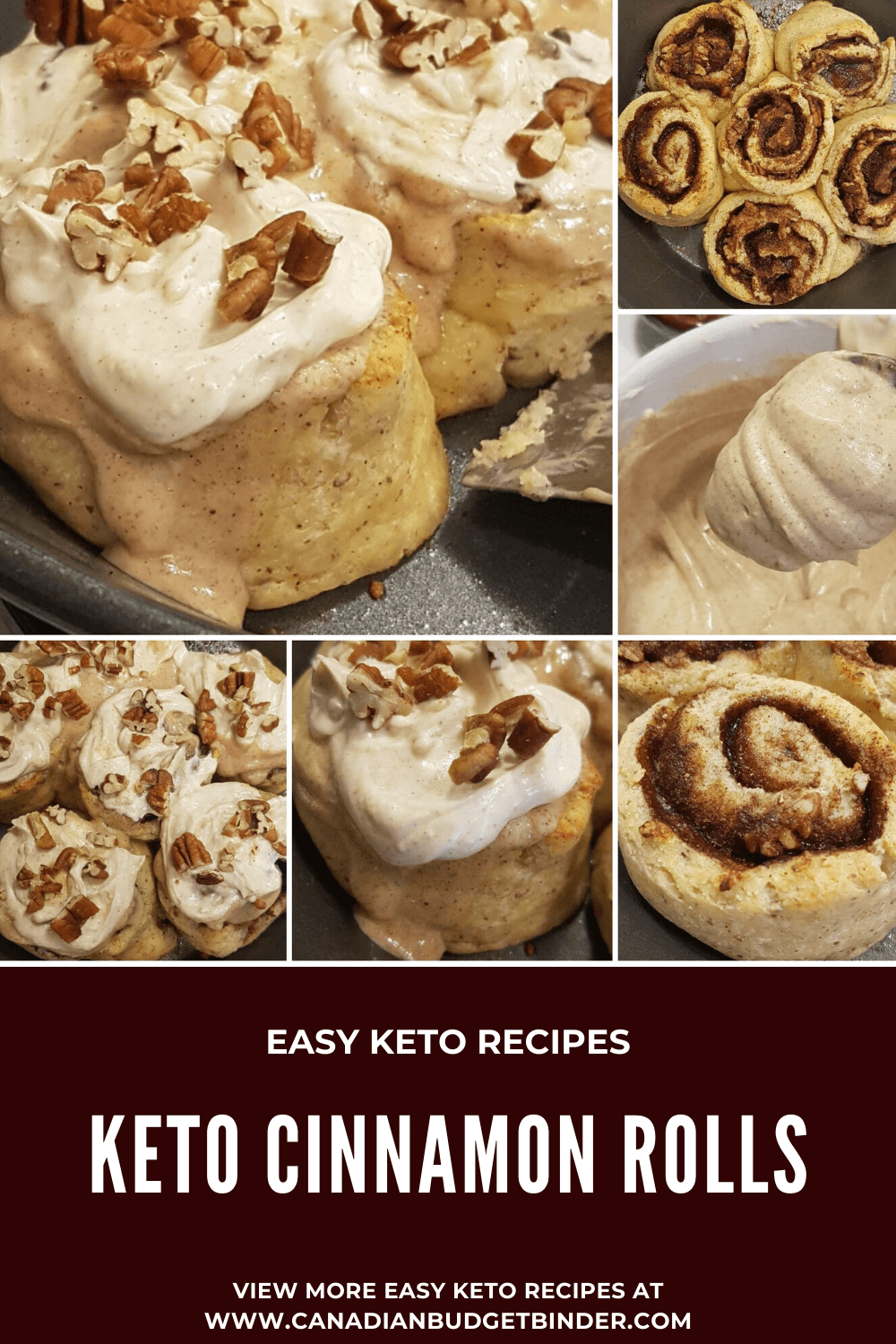 When I eat any kind of cinnamon rolls I want them to taste like “Sinnamon rolls” that are naughty and nice.

So, I like to add a nice amount of a special cinnamon blend that I created just for these keto cinnamon buns.

Most keto bakers like to use sweeteners such as Monkfruit, allulose, Splenda (Stevia), or erythritol (Swerve) or Truvia (Stevia), however, for this recipe I didn’t. But, you can.

I prefer cinnamon, nutmeg and Sukrin Gold brown sugar (keto-approved) mixed together and generously sprinkled on top of a layer of butter.

Once you’ve done this step in the process if you want to add chopped pecans or walnuts now is the time.

I used chopped walnuts for these keto cinnamon rolls but you can leave them out entirely.

How To Make Keto Cinnamon Rolls 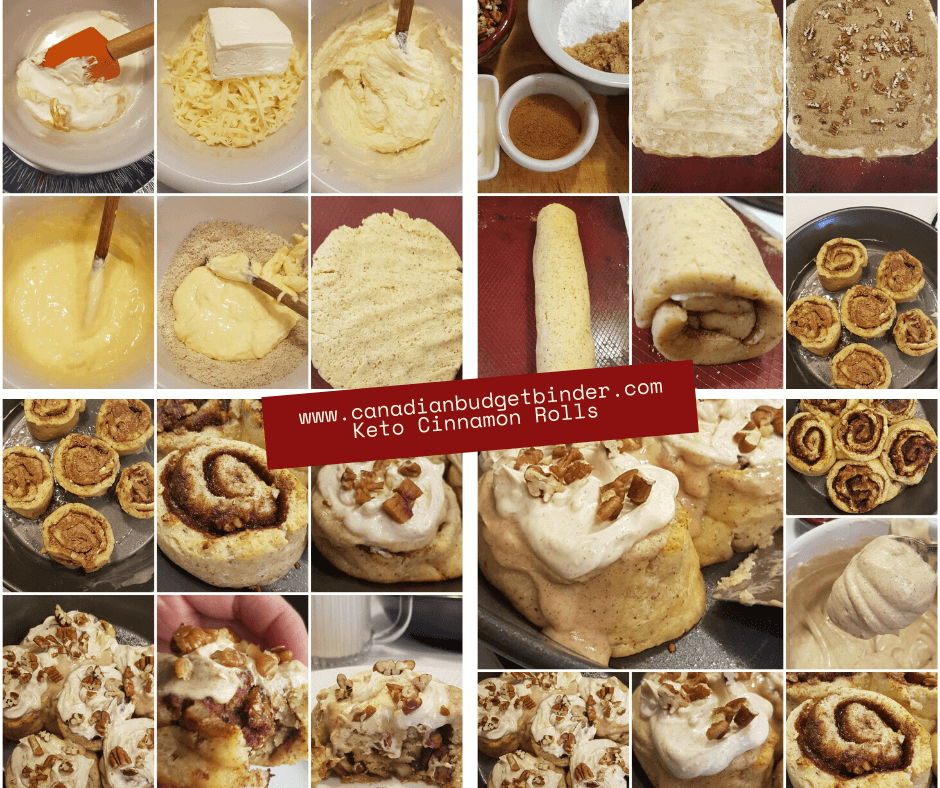 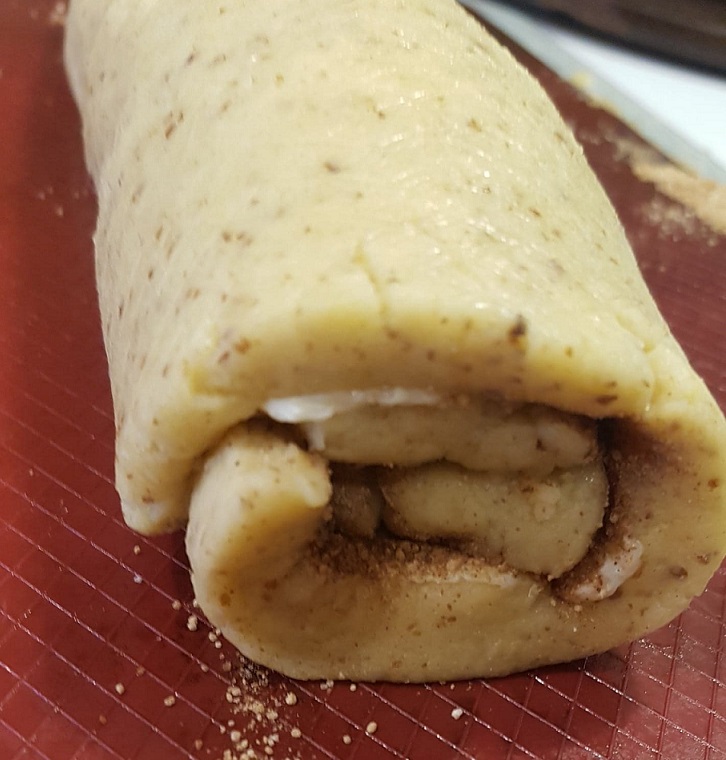 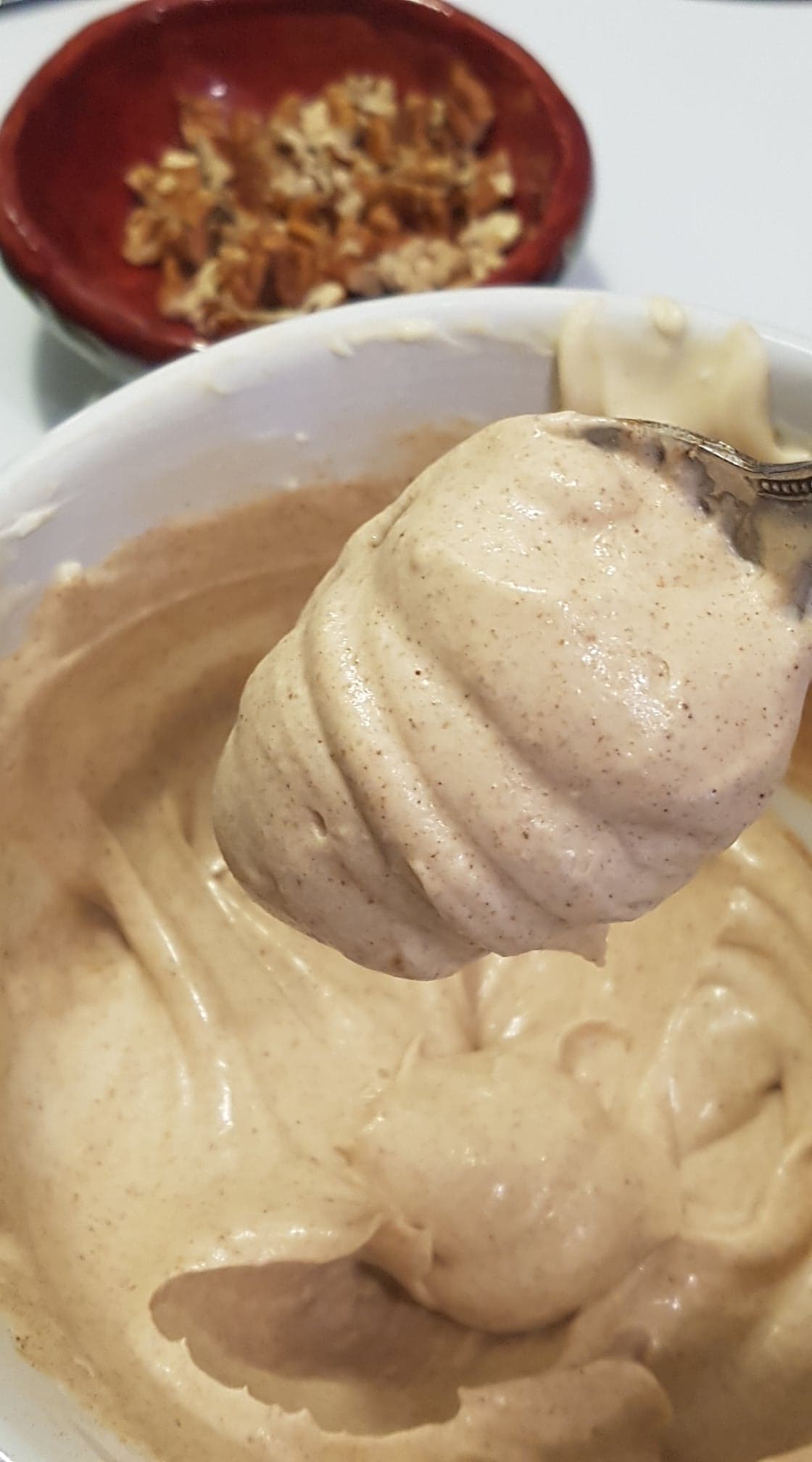 You can add more sweetener if you’d like a sweeter taste for your frosting.

I used a hand mixer to make mine but you can throw it all into the stand mixer as well.

If you don’t have enough frosting, double the recipe but all you need is a light layer as it is sweet. 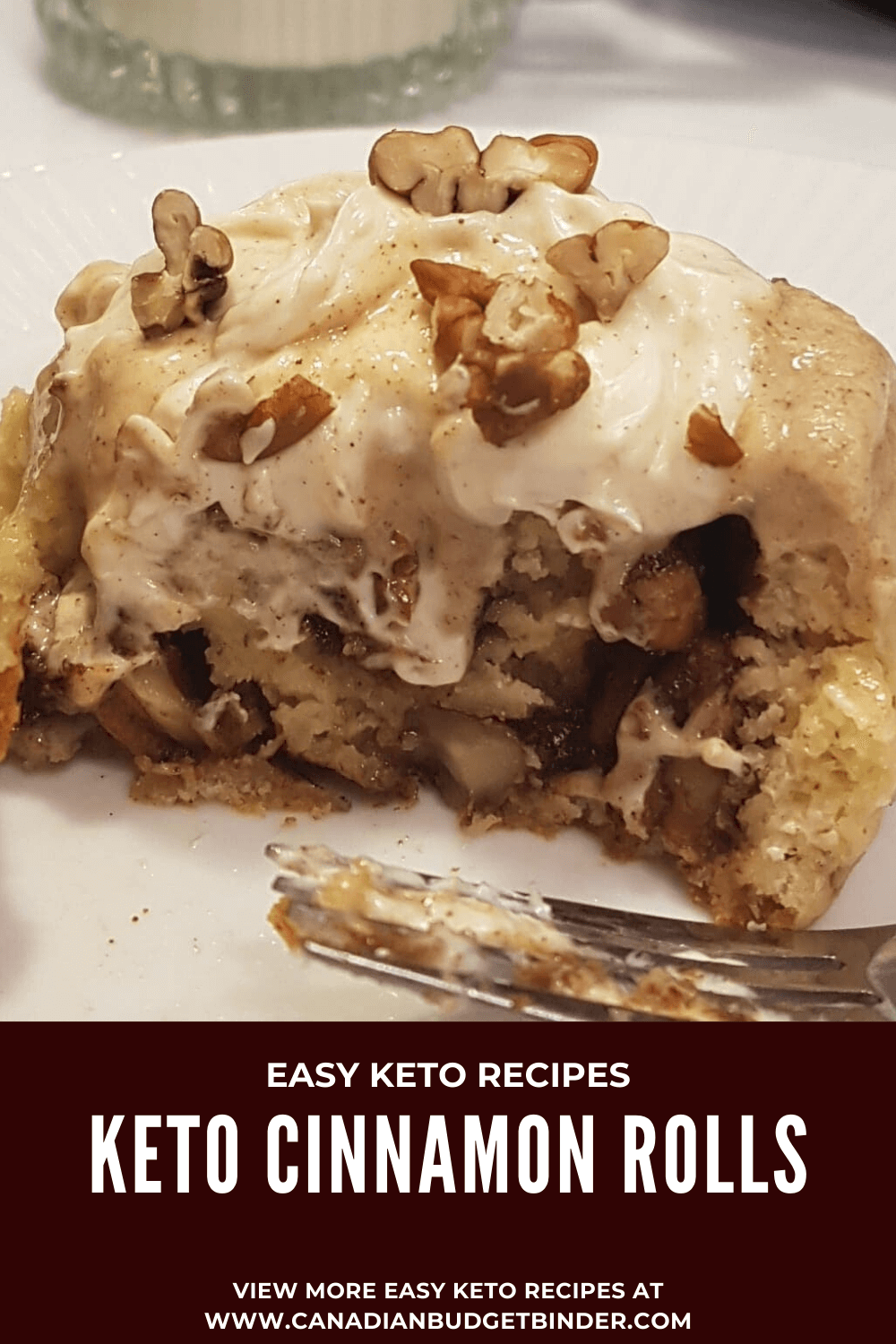 Don’t get me wrong I might not follow a keto diet but there’s nothing stopping me from enjoying these delicious keto treats.

My other favorite is the Keto Canadian Butter Tarts that turned out so nice I made the recipe about 10 times now.

They are so good. 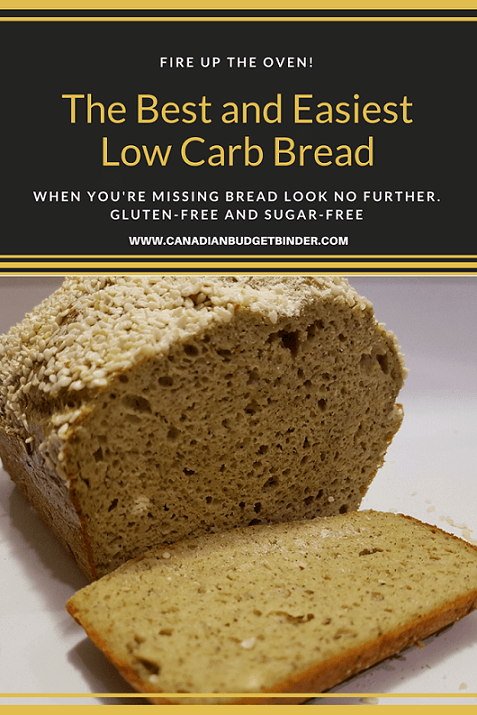 CUE THE BUTTER AND SUGAR-FREE JAM IT SMELLS LIKE LOW CARB BREAD IS IN THE OVEN. You’ve finally found a bread low in carbs and you’re not sure how to make it or whether you’ve got all the ingredients. I know it can happen but it won’t with this simple no-knead, low carb bread recipe… 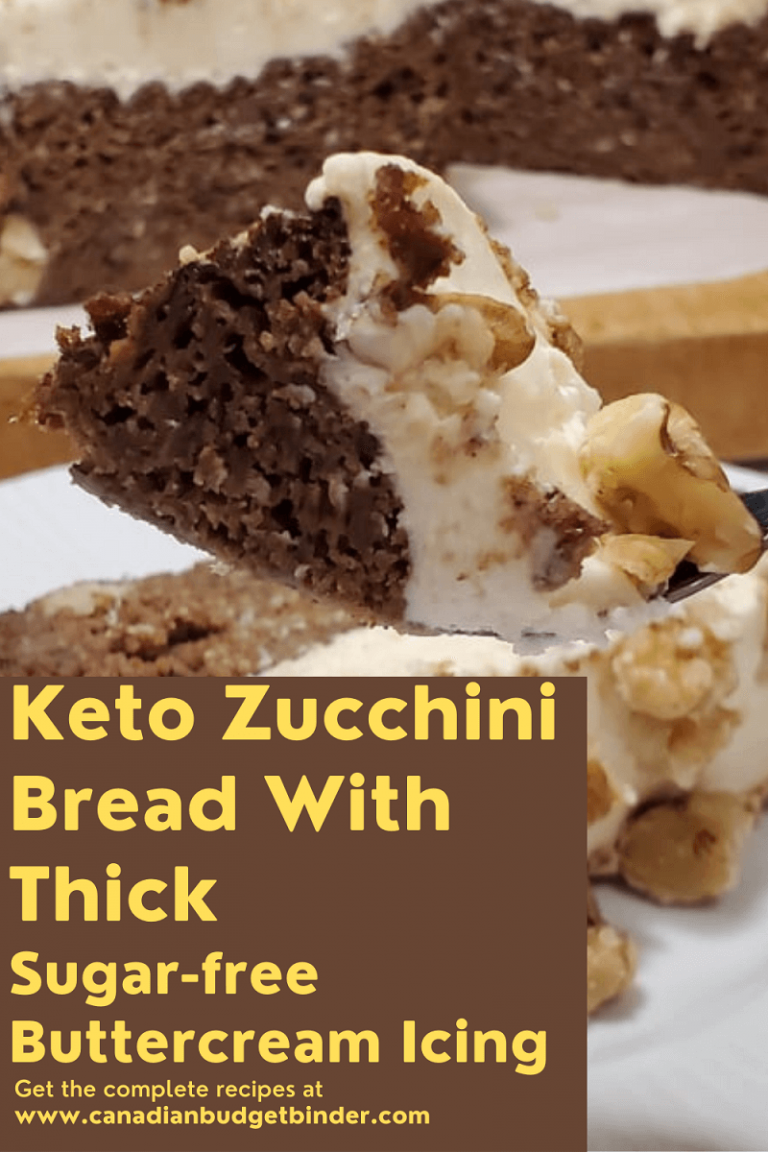 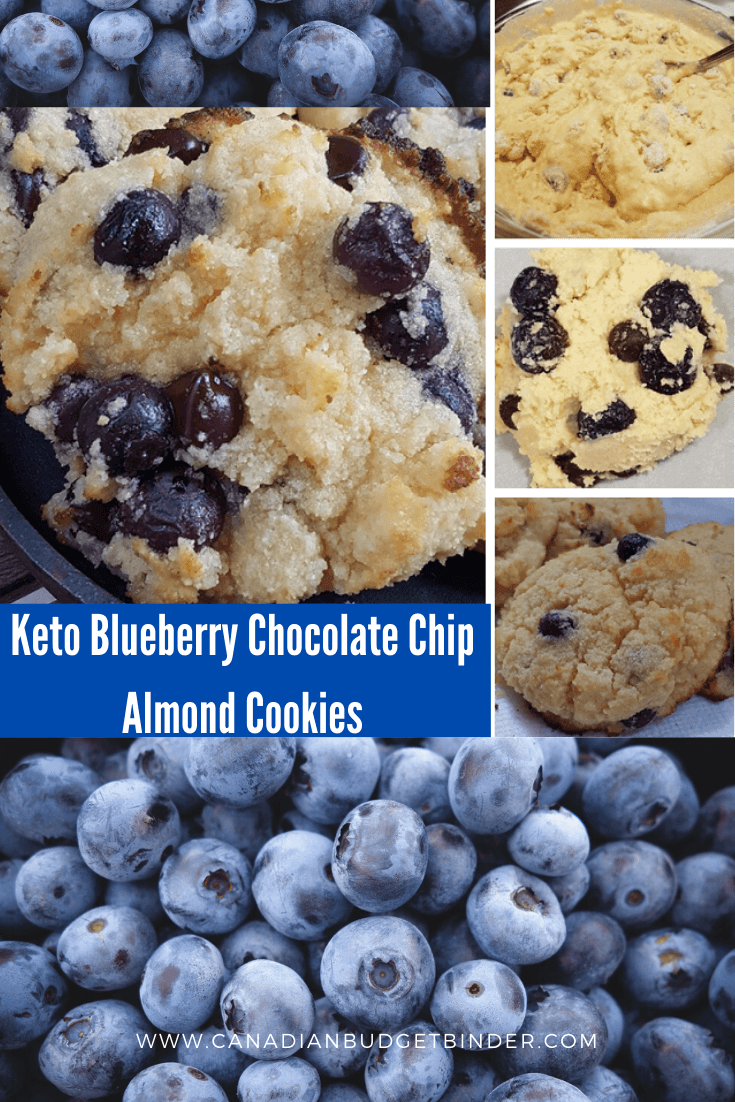 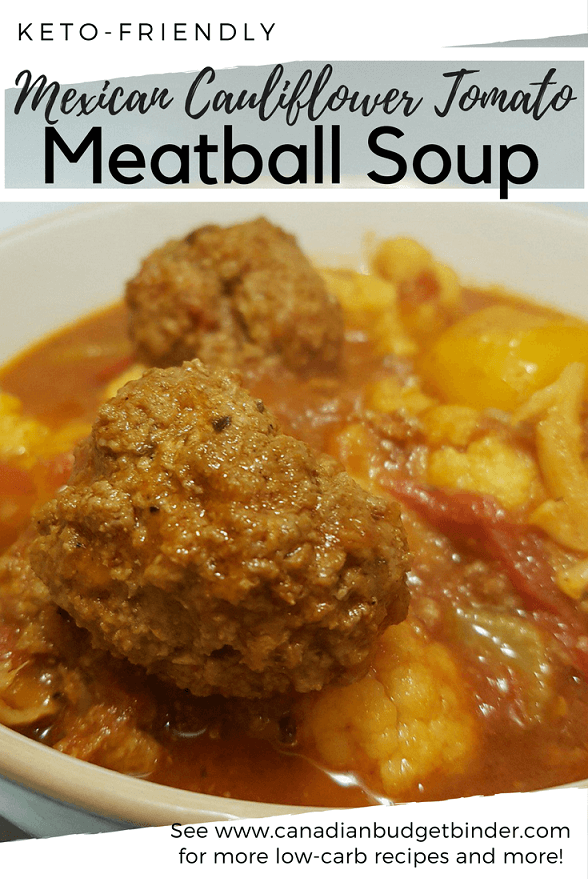 THIS KETO MEATBALL SOUP IS A FAMILY FAVOURITE RECIPE My keto meatball soup is filled with juicy big meatballs, tomatoes and chunky cauliflower and tonnes of flavours. Today in the CBB kitchen Mexico meets Italy for this quick meal that is gluten-free, low-carb and keto-friendly. This Mexican Tomato Cauliflower Meatball Soup is a winner every… 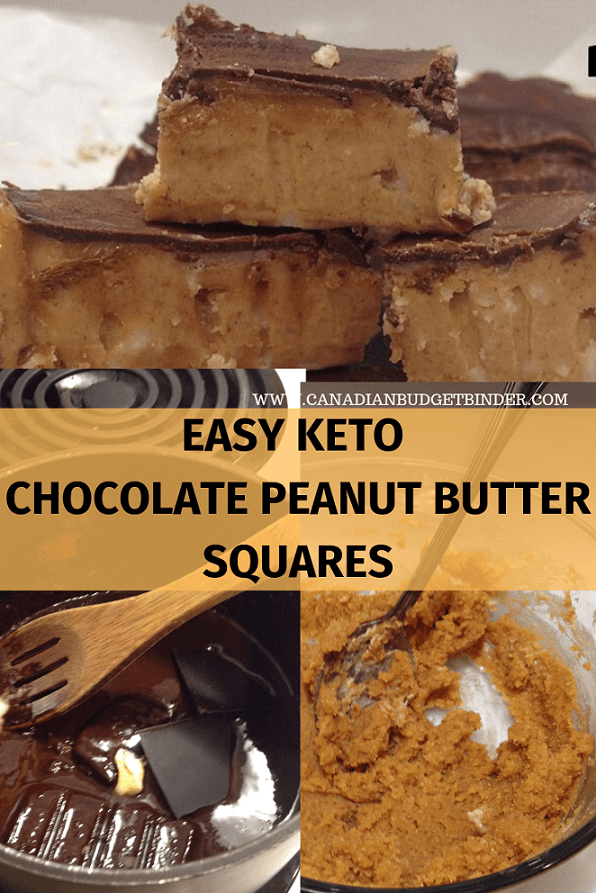 KETO SUGAR-FREE PEANUT BUTTER SQUARES FOR ALL OCCASIONS Not everyone can enjoy sugar-laced treats especially when there is a holiday such as a Birthday, Christmas, Easter and even Valentine’s Day. There are however some amazing sugar-free peanut butter squares that I want to share with you today that I adapted from a recipe I found… 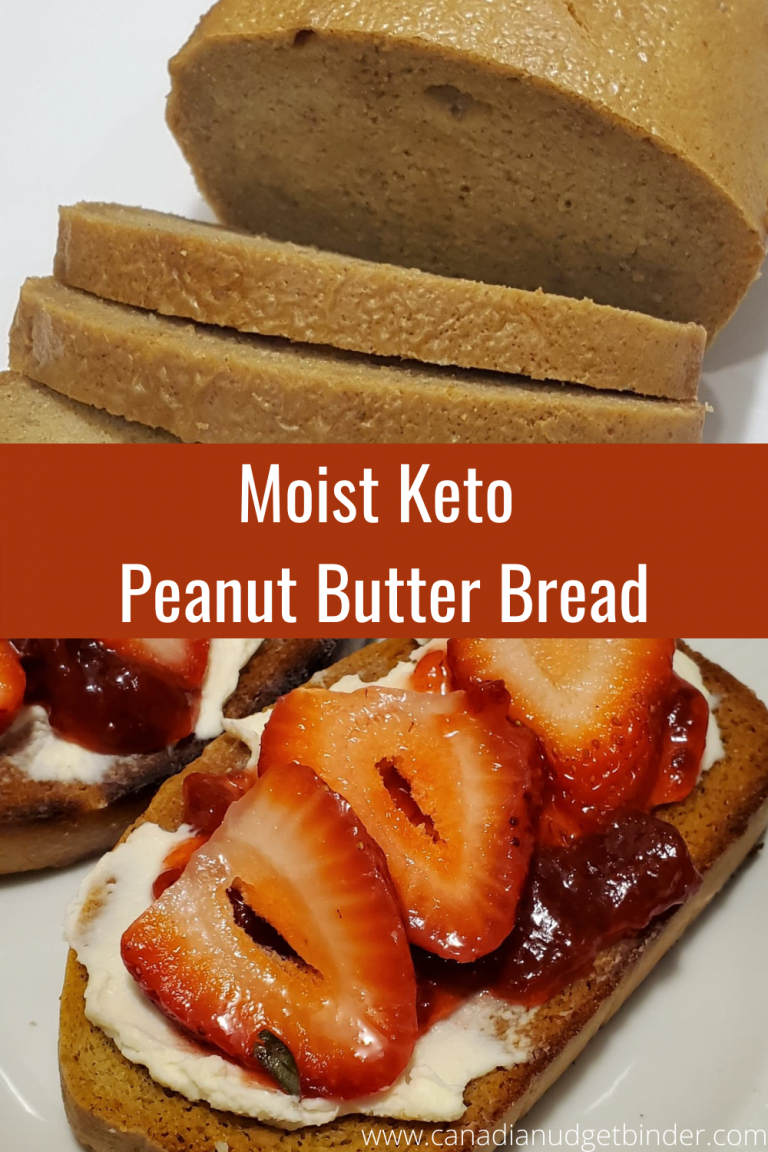