Turning junk to funk isn’t a side hustle of mine just yet but I do enjoy putting a little elbow grease into something that practically lands in my lap for free. Although I enjoy saving money in our budget picking up junk and taking it from poo to new it is something I will do as long as it doesn’t cost me a fortune in money and time. You can’t just pick up any old crap, sometimes it’s thrown out for a reason.

So as long as I keep finding these freebies, I’ll keep blogging about them especially if it’s saving us money, better yet, making us money. In the past I’ve talked about finding beer cans that my neighbours don’t seem to want to return for the cash. Sure it’s only cents but all us frugal minded and personal finance people know that a few cents can add up to a barrel of money over time.

I found a particularly crusty looking Lawnmower once, but after replacing a couple of parts it only cost me a few bucks and some time to clean it up and it looked brand, spanking, new again. It sure was worth it considering the comparable newer models runs into the hundreds of dollars at Sears. That is how easy it is to get free stuff and bring it back to life, especially if you have a knack for fixing things.

Last year we were gifted a lovely fig tree and with specific instructions to put it in a half wood barrel. He said, I don’t care if you use a wine barrel or a whiskey barrel just find a barrel and right away. At the time our tiny fig tree was planted in a tall white bucket something you would probably buy bulk paint in.

I didn’t want to leave it in there to start rooting and making friends with the bucket. I wanted to give it a new home in a reasonably priced whiskey or wine barrel or whatever I could get my hands on.

At first I thought I would trawl the free ads on kijiji and freecycle to see if anyone was giving one away. I’m not into the wine barrel construction business but I may take it up as a part-time Cooper when I retire one day. There was absolutely naff all but I was optimistic that I would come up with a solution.

I was sure someone was bound to toss one out sooner or later because they don’t want to take the time and give it the attention it needs to fix it up or even better they are changing their garden decor and no longer want them.

We did our fair share of routing round garage sales during the weekends last summer and came to the conclusion that there’s nothing out there unless it’s falling apart or over priced. Looking online today one year later I see that people are selling used half wine or whiskey barrel planters for a reasonable price comparable to new.

Some places to buy a full barrel can run you into the hundreds of dollars. I’m talking, brand new with nothing ever in it. You may even find you pay a bit more or less depending on what was in the barrel and how seasoned it is. As you can see a used half oak barrel might run someone $25 but I found that on the low-end compared to others I had seen last year.

Sometimes people just don’t know what they have and what it’s worth is so they sell it low just to get rid of it. I’ve got plenty of items around the house I’ve picked up that way as well.

Here are some ads I found online for hardwood barrels:

The other day my wife nearly attacked me before I could get through the front door (not that I’d be complaining) but it wasn’t out of lust and love for me it was for a bloody barrel she noticed outside of our neighbours house. Typical that is, we bought a Disney Barrel (Plastic) last year because we couldn’t find a real one and then find one for free, that’s sods law that is.

That’s right we bought a plastic barrel planter for our fig tree just so we could get it out of the plastic bucket. We couldn’t bring ourselves to pay the high prices the shops were asking for half wood barrels just for our little fig tree. Just for the record the plastic barrel is holding our fig tree just fine but having the real hardwood barrel effect would have been optimistic although it does look like the real deal (from a distance).

That evening the wife was throwing a bit of a wobbler because she didn’t want me to miss out on a bargain hardwood barrel that some woman down the street left out on the curb. Those barrels aren’t super heavy but they are bloody awkward to carry, especially when the previous owner fails to empty it. I wheeled my dolly down the road loaded it up and returned home with my spoils.

So, we make it home all happy in our pants knowing that the free barrel that once was our neighbours junk was now our pride and joy. The next day I went into the garage and got down to business cleaning all the crap out of the half barrel. It was fairly wet and the metal hoops were falling off. Clearly I could see why someone would toss it out if they had no intention of repairing it. The sad part was, it didn’t take much to give a new lease on life.

Once the barrel was dry I used a ratcheting load strap to hold the barrel together while I hammered the metal hoops back into position. Once I had them in place I was good to go and removed the strap. I have plenty of sand paper so I sanded the entire barrel down which took me about 30 minutes to do so it was smooth and no rough edges. The barrel was already coming to life but all I needed to do was spray paint the rings black and stain the outside of the barrel.

Off to Canadian Tire I went and picked up a small can of  chestnut stain for $8.49 and I know that sounds like a bit but there is plenty left for other projects. While I was at Canadian Tire I also picked up a can of black spray paint for $2.99 and away I went with my materials which cost me $12.97 with tax.

Judging by the online ad posted above a fully stained half barrel would run me at least $75.00 to purchase. I have to spray our urn planters black again so the left over spray paint will be more than enough to do part of that job.

Taping off the barrel with newspaper around the wood allowed me to spray paint the metal hoops black without over spraying on to the hardwood. I’m a bit of a perfectionist so even if it takes me a bit longer, I’ll make sure I do it right. Once the hoops were dry I removed the tape and the newspaper and got to work with the staining.

Staining the barrel took hardly any effort or time at all and I had that done in about 15 minutes. My wife was impressed with the end result as am I especially since it only took me about an hour of my time and a few bucks of paint and stain to bring it back to life. The barrel now looks relatively new and although we won’t be putting our fig tree inside we will likely fill it with an assortment of flowers and keep it displayed proudly outside of our home with a sign, “Our Neighbours Junk”.

Ha-ha, not really but it’s just one of those things that saved us some money in our budget and without hardly any effort at all. To some people they may view a project as too much work, or they don’t know how to finish the project so getting rid of it is the easiest way out.

What have you found for free and gave a new lease on life? 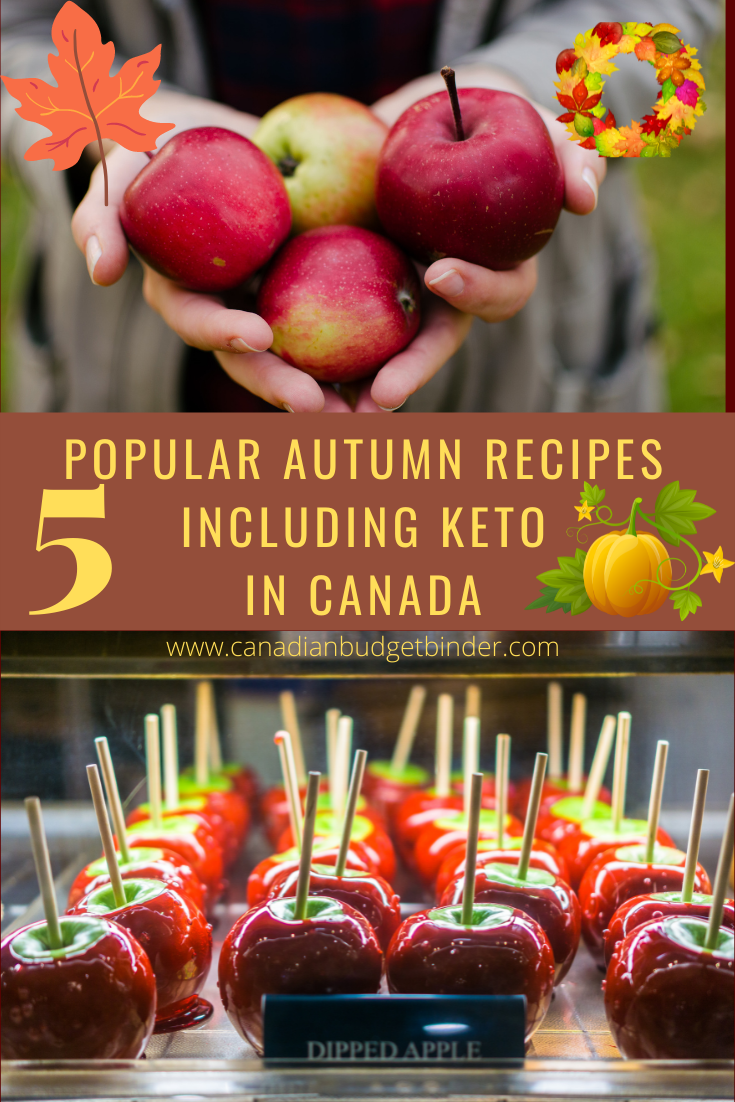 Popular Autumn Recipes In Canada that are best homemade. 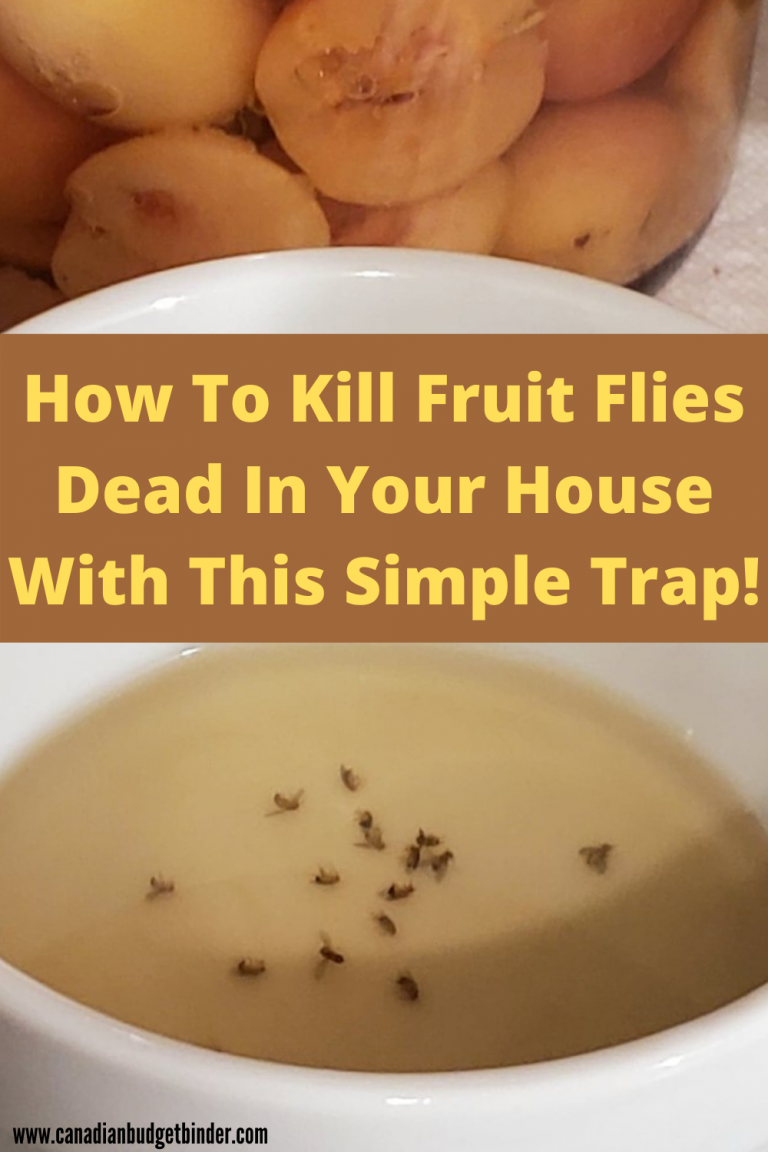 KILL PESKY FRUIT FLIES WITHOUT ANY HARSH CHEMICALS Back in January when I blogged about pantry pests but I never gave much thought to pesky fruit flies. Now, I’ve got a simple solution for everyone to get rid of fruit flies and there’s no chemicals involved. We’ve never had a problem with fruit flies before… 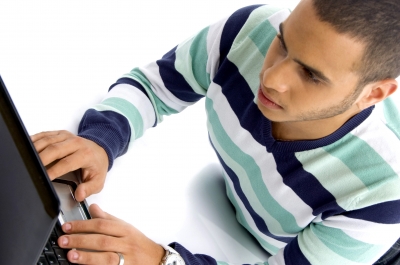 SAVING MONEY IS YOUR CHOICE   If you want to save money then don’t wait until things come crashing down and you need that money, do it now! Being homeless and poor is not something to take lightly because it happens all around us. For those who have survived and experienced this life many go…

My childhood shaped my financial future after seeing my parents struggle to make ends meet for our family. I am now 27 years old with a young family (8 and a half month pregnant with a 29-year-old fiancée and a 1-year-old) and we are totally debt free! As most parents would do, mine never wanted…

Lancome is feeling the heat over some 24 hour long-lasting perfection foundation make-up as one woman sues. Consumers want to know is it actually a “lasting perfection” product as it claims or is it lasting perfection style make-up? I know I’m writing about make-up today and not beer, budgets, gardening and DIY but I couldn’t…