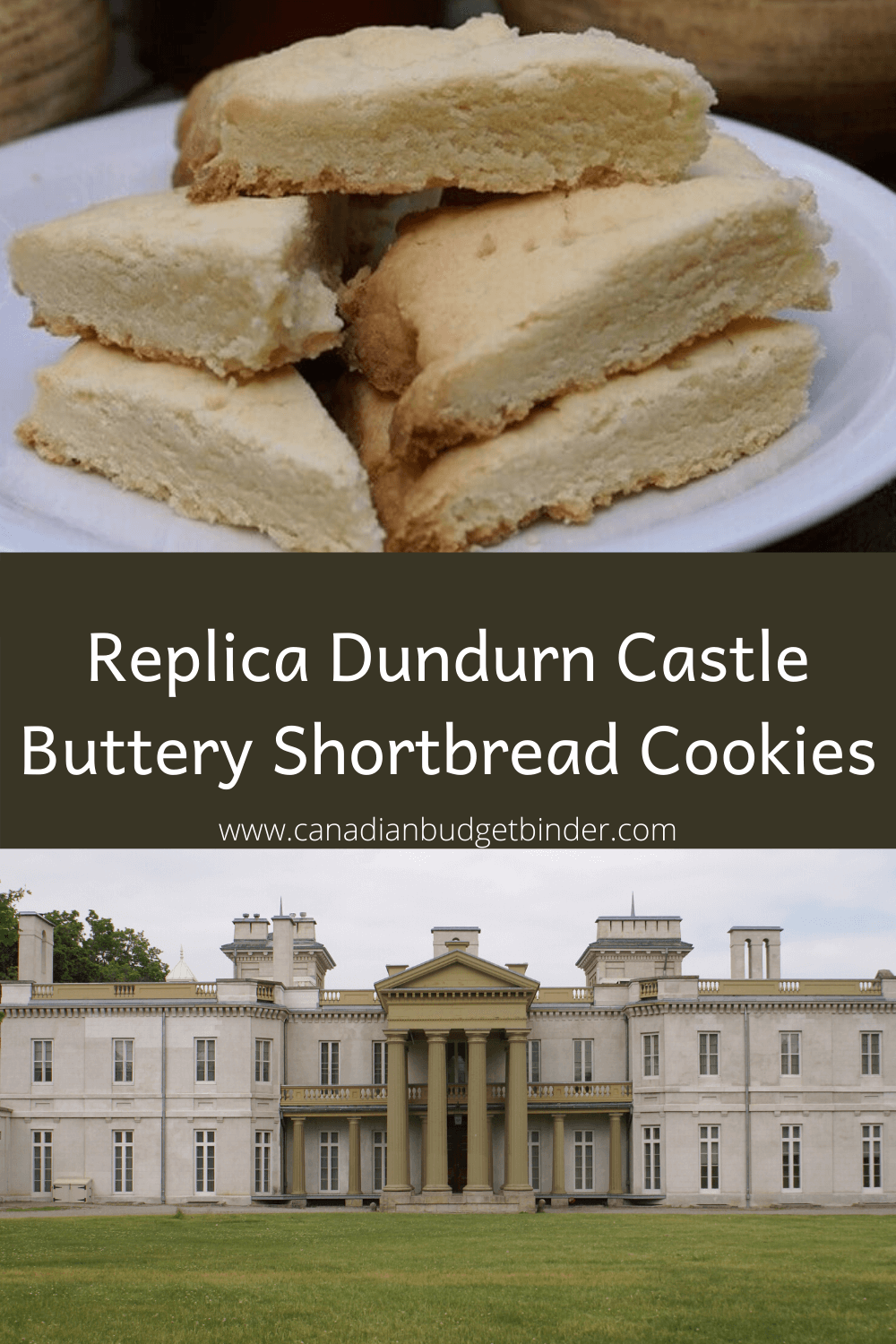 Earlier this year when my parents came to visit we made our way to Hamilton, Ontario to enjoy a tour of Dundurn Castle among other things such as the Royal Botanical Gardens.

Dundurn Castle is considered a National Historic Site in Canada which gets thousands of visitors each year.

I thought it would be a great place to tour along with the Hamilton Military Museum which is on the grounds.

The great part about the museum is you get to dress up in clothes from that era so you get a feel for what it was like.

When you first walk through the doors of the Dundurn Castle you enter at the side where the workers would come and go.

It certainly is an eerie feeling and I’d be lying if I didn’t say I felt like eyes were watching me.

You just get this feeling that the house is haunted or you start to envision what had happened when the castle was up and running.

If you live in the Hamilton area you may notice many couples choose to hold their wedding on the grounds of Dundurn Castle as well having their photographs taken on the grounds.

If you’ve never had the opportunity to tour this 72 room mansion now owned by the City of Hamilton.

I was able to score buy 1 get 1 free printable coupons online so the tour only costs us $11 each which was superb for what we got to see.

McNab purchased the home from Richard Beasley and built Dundurn Castle around the brick home he purchased.

You can see exactly what was done if you take a visit to the castle.

Since the city has restored most of the rooms to 1855 they now offer civic tours of the regency mansion once owned by Sir Allan Napier McNab.

Dundurn Castle was considered the place to be for entertainment in its heyday and has served such high-ranking guests as Sir John A. Macdonald and King Edward VII.

After 1 hour of hearing some in-depth history of the Dundurn Castle, one pit stop was in the kitchen on the lower level of the mansion.

It will blow your mind away when you see how things were done but apparently, McNab treated his workers well. 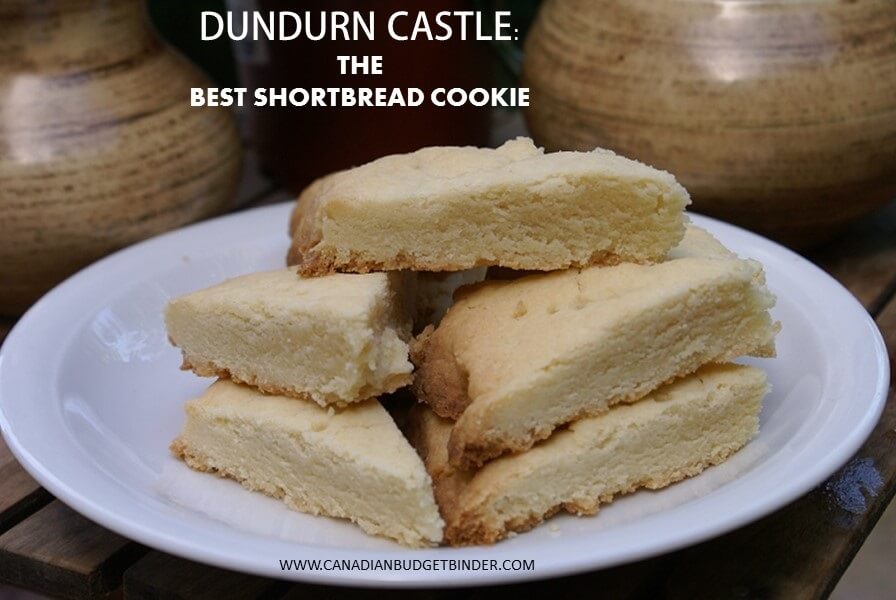 In the kitchen, we were lucky to sample what we thought was the best shortbread cookies we had ever tasted.

They were buttery and you could see the layers of butter which you will experience once you make this recipe.

Luckily, I was fortunate to get a copy of the recipe so I could get on with making the shortbread cookies at home.

I decided to make the Dundurn shortbread cookies this past week and it did not disappoint us at all.

The shortbread was so tasty and easy to make and best of all it took us back to the moment we enjoyed it at the castle. 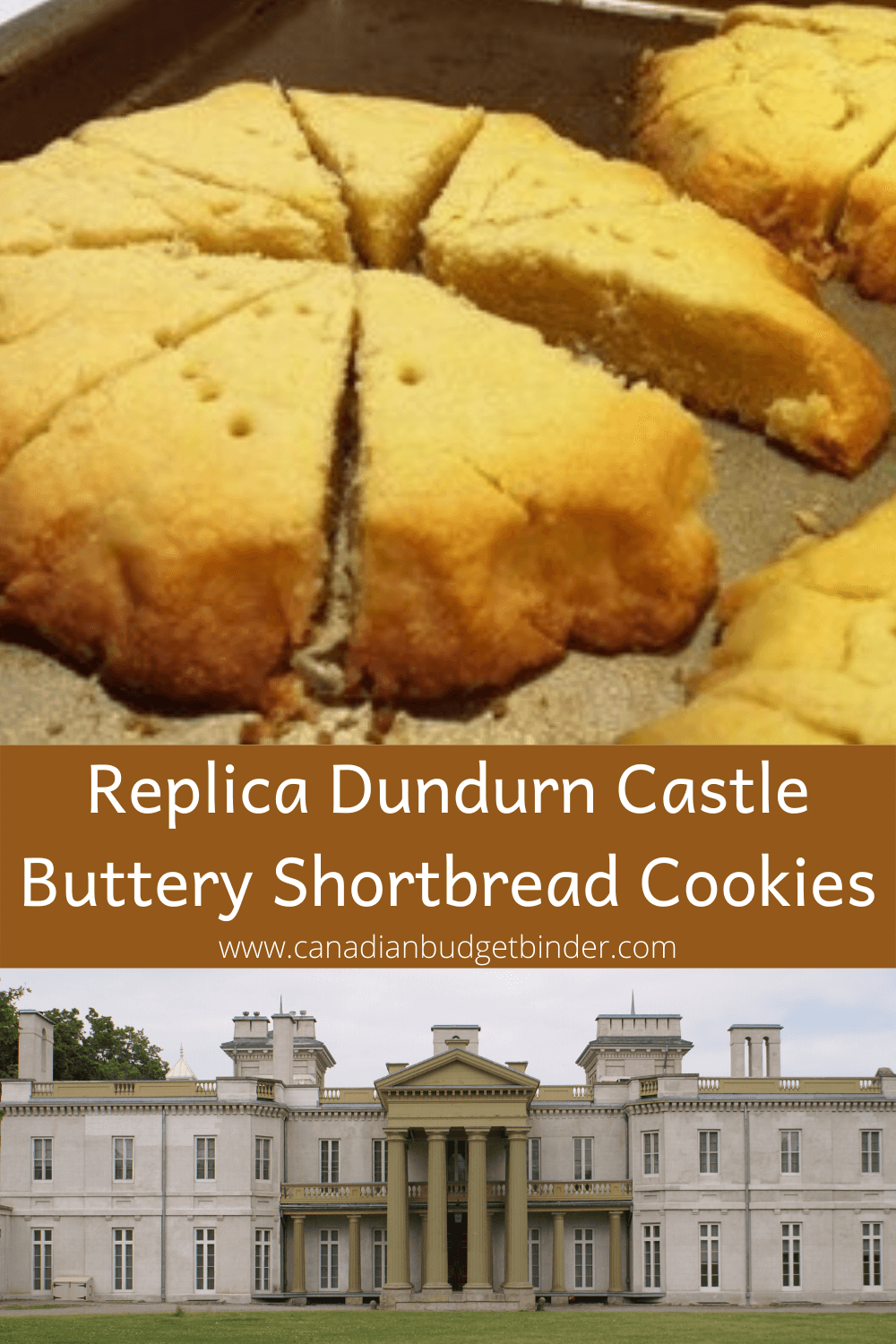 I did find one recipe online for this Scottish shortbread cookie.

I thought maybe I could compare the Dundurn castle shortbread recipe I had to the one I found online.

The only difference in recipes was the ratio of ingredients as I cut the recipe in half.

When she told me I needed 2 egg yolks, 1lb of butter and 4 cups of flour I knew I would be making lots of shortbread cookies.

I didn’t want to mess this recipe up because butter and flour aren’t cheap ingredients these days.

However, I suppose the large recipe amounts make sense though with the tourists visiting the castle.

I didn’t want to make flat cookies since the castle had square chunks as if the shortbread was baked in a pan.

The idea was that I wanted to replicate that chunky shortbread experience as opposed to a flat cookie.

Finally, I decided to follow the suggestion of the online recipe to pinch the rounds and make triangle shortbread cookies as I remember in the UK.

They look beautiful on a dish for tea time or just to grab and go for a snack.

I also poked the rounds with a fork as suggested in the recipe which gives them that traditional look that I’m familiar with.

It took me around 10 minutes to get the shortbread batter mixed in the mixer and off to the baking sheet.

In total, I created 3 rounds with the cookie dough and pinched around them like a pie crust.

When the shortbread cookies bake in the oven they will rise and become a golden brown.

You don’t want to burn or over-bake them so you want to watch them closely.

When you remove them from the oven let them rest before you cut triangles from the rounds like a pizza.

Remember they will continue to cook on the baking sheet so don’t bake them until they are too dark.

Dundurn Castle The Best Shortbread Cookie Recipe
Recipe Type: Dessert
Author: Mr.CBB
Prep time: 10 mins
Cook time: 30 mins
Total time: 40 mins
Serves: 24
This time of year is lovely on the grounds at the Dundurn Castle and they offer shortbread cookies as treats to all of their guests when you reach the lower level kitchen in your tour.
Ingredients
Instructions
3.5.3251

There you have the best and easiest shortbread cookie I’ve ever made compliments of Dundurn Castle and the cooking crew down below.

This shortbread recipe will NOT disappoint you as we’ve made it many times with rave reviews from friends.

I will be making these shortbread cookies over and over again.

A big thanks to the Dundurn Castle for an amazing tour and these lovely shortbread cookies.

We had an excellent tour of the Dundurn Castle and recommend the tour to all of our friends.

Now, this recipe is not confirmed by the Dundurn Castle BUT it tastes just like it.

Subscribe to Canadian Budget Binder so you get my daily email and Follow me on all the popular Social Media Outlets. 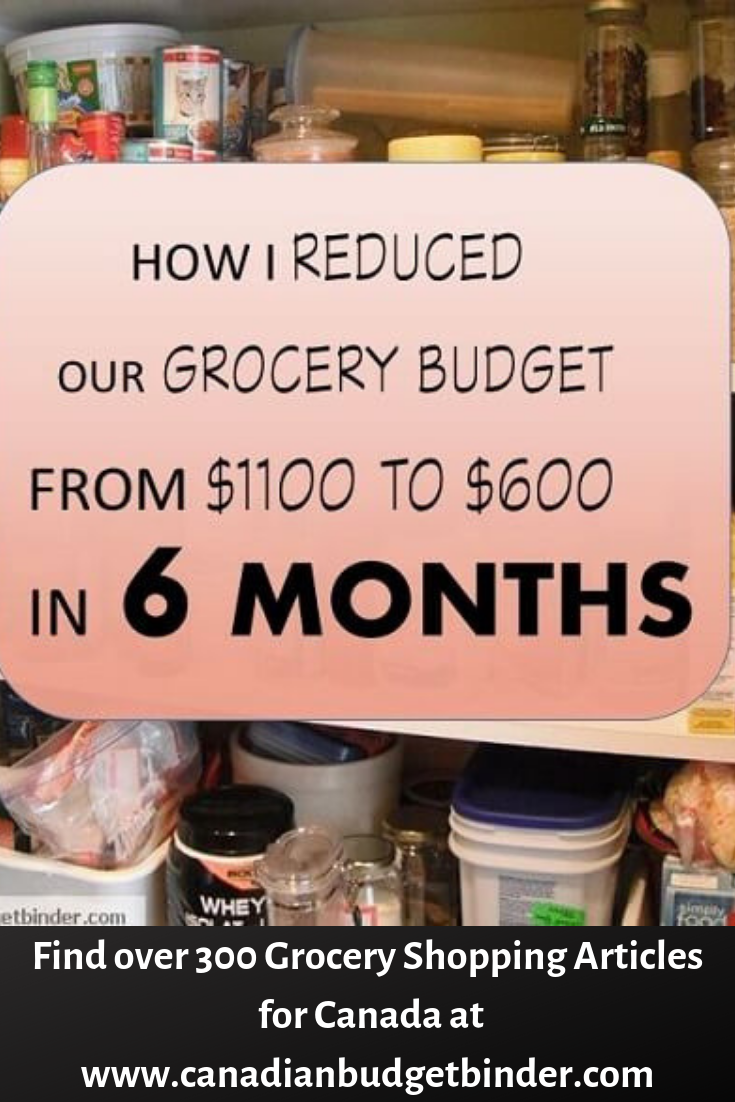 Family Lifestyle And Grocery Budget Strategy To Reduce Costs Our grocery budget is the second greatest expense, preceded only by our mortgage and I’m going to show you how I managed to reduce it by almost half. Hi, my name is Donna a mom and wife who lives in Hamilton, Ontario, and we are on… 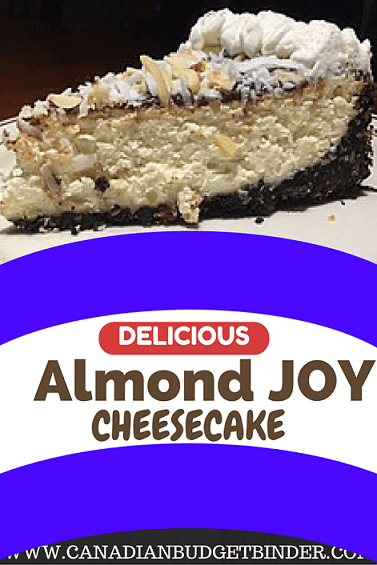 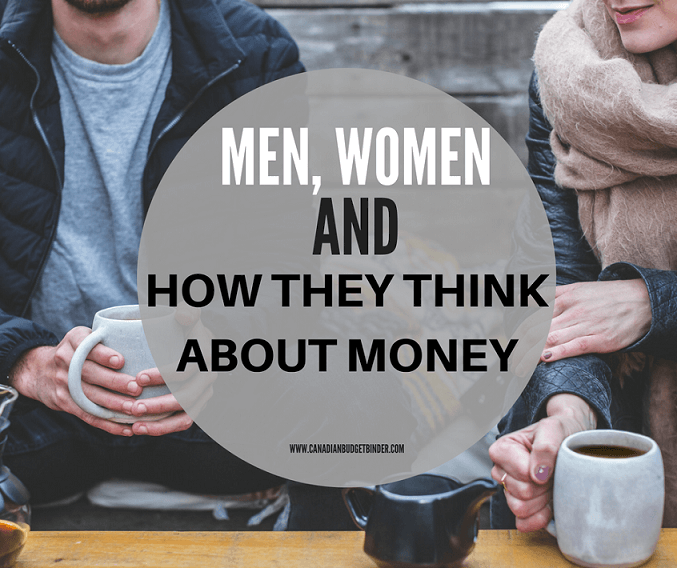 MONEY IS MONEY BUT ADD GENDER TO THE MIX AND THE MEANING BECOMES SOMETHING MUCH DIFFERENT.   Money is central to our existence and we all know it. We need, want it and got to have it. There’s nothing new to report here about any of that. It’s the basic reason we all get up…

Are you thinking about breaking a mortgage early? Most people assume that when they sign up for a 5 year fixed rate that they have to stay in that mortgage for the next 5 years…that isn’t true in most cases.  While there are a few lenders out there who have “closed” mortgages that are not…

Rebuilding life and finances after surviving a divorce can be a long road but the road has to start somewhere. When we get married it’s supposed to be for life, in sickness and in health, for richer or poorer but we know actions speak louder than words. We live our lives as if tomorrow will…