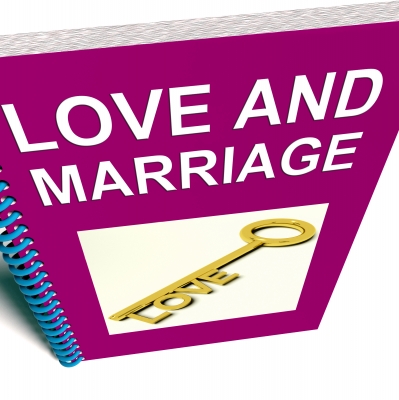 MONEY ONLY GOES SO FAR

It’s true that money happiness can be stretched to certain limits but eventually that financial security that so many crave turns to a desire to be loved especially if they married for all the wrong reasons.

Sometimes I wonder if we learn about love and money from the way we are brought up. We either look for what our parents were or total opposite, what they were not.

Don’t teach your children to find someone based on financial security because you may just be doing your child an injustice of having to rely on someone else for their happiness. Teach them to be independent and that true love will come when they least expect it.

If we could all see the numbers hidden behind the scenes of customers at financial institutions there would be even more unhappy marriages ending in divorce. Why? Some people marry for money because they think it’s the only way to create happiness in their lives, especially when they aren’t motivated by their own success. This may even lead to controlling relationships.

People may not believe in their abilities to become financially successful so they don’t need to rely on another person for financial security. I never married for money although I was looking for someone who wasn’t waist deep in debt. Learning how to fix relationship problems is hard when money is the driving motivator from the start. There may never be a solution.

This made me realize that for some people financial security might not be based on having lots of money in the bank but also being debt free. Are we so focused on money that love is just the product of our desires to have that financial security?Hence, people may marry for money first.

Just because someone is debt free doesn’t mean that they are financially secure though. We did meet up with someone this past week for coffee who sadly did and she’s paying the price, emotionally with serious relationship issues.

Sitting around a table for coffee with this person we will call Jill who everyone believed lived the life of luxury. Jill is a beautiful  woman in her 40’s, drives a fancy car, has a gorgeous home, no kids and worked for her husband part-time doing secretarial work.

Jill is a hard-worker and although she’s been married twice now, once when she was younger she can safely look back and analyze the relationships from two different stand-points.

I don’t think my wife and I were ready to hear what Jill had to say because we believed they were happy and living the Canadian dream filled with financial security. This was the way Jill wanted people to portray her because she craved the popularity and success that came with financial freedom.

We’ve also only talked to people who have relationship issues because of debt not because there was too much money that got in the way of a marriage. Sure, they may have had the financial high for a short period but what ended up happening was when the dust settled they realized the love was not true. Life might require money but forever requires love that no amount of money can buy.

Happiness to me means that I am content with the way my life is going and yes financial security will play a role in that happiness but it won’t be the reason for how I feel about life deep inside. Happiness is also a mental state or emotional state of well-being.

For some it’s fully about having secure finance so they don’t have to have money worries and for this reason there are many men and women who seek financial security  in relationships. Get rid of financial worry and life is great… not so much the case.

You may have a friend or even a loved one whose only mission in life is to be successful financially and will do just about anything to become this way even if that means marrying for money, hurting people or shutting people out of their lives.

What is financial security?

Financial security means exactly what it says, you have secure finance or to break it down even further, ‘Your Bank Account is always flowing with money’

We are well past the awkward stage of conversation with Jill since we haven’t seen her for years. Conversations bounced all over the place and eventually it landed in Jill’s lap where she brought up love and marriage. You could see she looks worn out and tired. We later learned Jill was up all night crying like she has been recently.

Both of us knew how secretive she was about her private life, even years after she married a man over 20 years older than her. Everyone was talking about how it must be for money and we were right, sort of. Life for most of us was hard but for her it was harder because she left home at the age of 16 to get away from her abusive parents who would push certain ways of life on her that she had no intentions of living.

She wanted to be a kid and be like others and she couldn’t do that so she left home, got a job and rented an apartment. Over time she managed to save enough money to furnish her life with all the basics but that wasn’t enough for her.

The first time Jill married she thought she was in-love only to realize that she didn’t have those butterflies after a year of marriage. She can now look back and say that there was nothing wrong, she was in-love but it wasn’t the right time in her life. She didn’t want a boring life where she existed she wanted excitement which meant travelling, fancy clothes, make-up, cars and money. That wasn’t going to happen with a couple just starting out in life and careers.

Life in the fast lane, looking beautiful and attending parties with the wealthy seemed more of the dream she created in her mind of what the lives were like for the rich and famous.

Maybe she was watching too many Hollywood movies or reading too many of those magazines and wanted the dream life that only the rich could afford. Computers weren’t readily available in households back then like they are today but that sense of entitlement sure did exist.

I asked Jill who took care of the money and whether they set boundaries in her second marriage with money by using a budget, and she laughed at me. I kind of deserved it because I should have known there was no budget and she had no ties to the money. All she had was access to a credit card and bank account.

Yes, Jill is a beautiful girl who could likely have any man fall in-love with her, and she knew that. Still to this day she is gorgeous but behind that smile and big brown eyes is a sadness. A sadness which was blanketed by money and that financial security she craved since she left home scared at a young age.

Jill says she dated a few men after her first marriage fell apart until she was pursued by a handsome older man who had it all. Even though she pushed him away he didn’t back down and eventually she caved. Why? “Money makes the world go round”, she says. How many times have you heard someone tell another person to make sure he/she has a good job and is financially secure before you date them? Lots of times probably.

That in itself is not the worst relationship criteria. Where it becomes dangerous is where we leave our heart at the front door for this financial security. It’s easy to fall into that money trap when someone is offering to take you on trips, dinner at fancy restaurants and pay for your visits to the spa. Life was good she says until the curtain started to close little by little over the years.

You can’t love money over your gut feeling

A bit of advice Jill gave as she bent over, looked us in the eyes and said that she’s learned to trust what’s in her gut not up here as she was pointed to her heart. Jill believes that we can all fall in-love with someone but it might not be for all the right reasons. We need to trust our gut feelings and not back down from them. Seems reasonable to me.

Immediately she had me thinking of all the times in my life where I had that gut feeling and went the other way only to fail. You might equate this to finance especially if you in debt buying things you couldn’t afford. You bought knowing full well in the pit of your stomach it was wrong. That gut feeling was talking to you and you ignored it.

There is this quote I once read which immediately came to mind because too many of us want everything before we work for it. Many of us go into debt because of our spending habits buying what we really don’t need. Money for many people is happiness and that will always end in sadness because eventually you realize that money doesn’t really talk the language you crave.

When Jill finally gave in and started dating this older man she had that gut feeling but ignored it because her heart was being splashed with all the right things sex, money, prestige and life in the fast-lane.

She’s had body enhancements done and has travelled the world hand in hand with someone whom she now says could be her father. Amazing how the tables turn once we take off those goggles. Now that it’s all wore off she is faced with wanting to be a mother in her 40’s and a husband who will be retiring soon who now has no interest in being a father even though he promised her he did while dating.

She said that was when her life started to crumble because everything she ever wanted for herself was now becoming just a page in a book that she could no longer turn. Money was the motivator in starting the fire of the relationship and now it’s part of the motivation to leave. She’s wasted all these years with a man who has simply become her friend.

It was a hard lesson to learn because now that she has lived through all of what she thought she wanted she realized that all she wanted was someone to fall in love with for all the right reasons. Rather love was fuelled by that financial security that she craved as she was scared what everyone else would think of the little girl who ran away from home to live her life in the fast lane.

Jill is now in the midst of a divorce and selling everything they own but she says money no longer matters to her the way it once did. We appreciated her sharing her story with us even though we know that basing a relationship on what’s in the bank and not what you feel is very important.

What we never gave much thought to was that gut feeling she talks about and she’s right. How many times have you said, “If I only just listened to myself” plenty I imagine?

Jill doesn’t know where she will go from here but she says that she survived when she was 16 on her own and she will survive again but this time she’s going to trust her gut when it comes to falling in love.

Do you know someone who married for financial security?