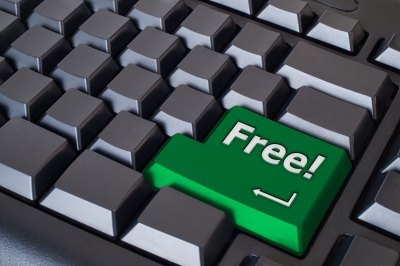 I know many of you who are on Facebook may have noticed a spike in Facebook fans sharing posts about how they managed to grab a $500 Costco gift card by sharing.

Sounds lucrative and typically these types of advertising schemes on social media are too good to be true.

Pop-ups suck! Why? Many are just hoops, read on!

What is the easiest way to make money? Work for it! Yup, I know it’s hard to swallow but that’s life.

If you were one the many people who thought that internet money was going to fall into your lap with 5 easy group shares you’re not alone. I can’t even begin to tell you how my Facebook feed was flooded with Facebook fans who were sharing a giveaway not sponsored by Facebook or Costco in any group they could find.

Ads on Facebook plague social media users on a daily basis and many people have thrown in the towel moving on to other platforms because they simply can’t handle how Facebook has become such a showcase for money grabs.

Then again what comes free such as the Facebook platform means that the company has to earn money somehow, right? It’s true if you don’t want to be on Facebook walk away or simply delete the friends or supposed friends that go contest crazy and share or leave groups that plague you with these offers.

In this case you aren’t even winning they tell you that you will get a free $500 Costco gift card by following steps with participation required.

Someone has to step up and say something but to be honest it probably won’t make a lick of difference because people will believe what they want to believe, especially when earning money means all you do is click buttons on your computer with no effort at all.

I wish life was that easy but even those people who run online businesses have to work to earn money. Social media is a great tool but it can also backfire and that’s because we allow it to happen.

I can’t tell you how often my wife has to remind her mother not to click on these free money gimmicks or give personal information over the phone when people call. Seniors and the general public are targets of many scams but even then we must protect our privacy.

There is no such thing as FREE MONEY even if you win the lottery you still have to pay for a ticket unless of course you won that ticket in a legitimate contest.

When I say legitimate I mean the company stands behind the contest and you can call them up on the phone to verify it. I don’t mean some random rich person who is handing out free money to unsuspecting people because yes, that does happen.

You may find a promo that is giving away a gift card but it will likely be an actual contest and there aren’t thousands of large amount gift cards being gleefully dispersed. My wife won a $250 PC gift card once in a Mother’s Day contest on Facebook. It was legitimate and all the rules and regulations were clear and defined.

A business who is hurting for cash WILL NOT give it away. They don’t have it. If a business is thriving they have no need to go out and beg for your business because you already know mostly through word of mouth how amazing they are.

Facebook group admins were going crazy trying to control the flood of these posts being shared on their Facebook pages. This just made what sounds like an amazing offer continue to go viral from group to group.

Every time I would see another one pop up in my feed it really made me wonder if we as Canadians (Mostly all the groups I’m in are Canadian) are tempted by what I like to call these internet money games. Alternatively are we really in that much debt that something resembling an offer of free money with red flags all over it goes over our heads.

Some people don’t care and are willing to take that chance but really, come on now. I’d rather earn money by spending less than I earn and focusing my time and energy on positive endeavors.

Get a FREE Costco gift card

Think about it. I’m pretty sure Costco isn’t hurting for business even though I’m pretty sure they have nothing to do with this contest but it makes you believe it’s them with the bold company advertising logo.

Now, if any of you that did click and jumped through all the hoops did in fact get a $500 Costco gift card, I’d love to hear from you. I have yet to see any one of the people who shared in these groups say that they physically got one. Why? They likely won’t and if they do they like will spend more time earning it than if they went out to work.

Hey everyone… Costco is giving away $500 Gift Card . i got free one ..claim yours now (with link attached)

So the statement suggests that Costco is actually giving the gift cards away and you’re telling everyone that you received one when in actual fact you haven’t. Why would you advertise that you got one when you didn’t?

Not only is the message misleading but the proper use of the English language is diabolical. The portion “i got free one” doesn’t exactly suggest that a multi-million dollar company produced this giveaway more like somebody made this up in their shed. I mean I’m not perfect but when you read something like that it should make you wonder.

To be honest it would have been nice if those that did fall into this offer at least found groups that had little to no followers or even better, woke up and smelled the coffee. I know that sounds harsh but this is just how easy you can get involved in these types of gimmicks if you can’t read between the lines or better yet see it right in front of your face. I’m not saying this is a scam, rather a well thought out advertising model.

To be fair in order to write this post I did not click on the Facebook post I went right to the URL which clearly states “for weightloss1” to see just how much information was offered to you the Facebook fan BEFORE you went ahead and pissed off people with this offer of beans on toast.

Sorry, but yes you did piss people off and it continues today until enough people post on their walls to tell you to stop clicking and sharing. You only have to read the comments under these posts to see how it angered people.

So, when you get to the page it says “Get a FREE $500 Costco Gift Card Today” flag number 1 pretty straight-forward and enticing. Remember, advertisers know what they are doing and how to get into your head.

The rest of the page shares how many gift cards are left and you can see the numbers get smaller if you stay on the web page but once you refresh it shoots right back to the original number, flag number 2.

After spending 15 minutes letting the page sit idle on the computer I get a pop-up screen asking me to “Please complete survey below to claim your gift card”  So much for having to share it in 5 Facebook groups…it’s just a way of spreading the disease without getting their hands dirty.

Do you let them have access to your Facebook info so they can find out what you are doing? I’m not a Facebook advertising pro but maybe I’m missing something that you know, so please share with us.

Here’s what the pop-up states:

I can’t read what is behind the pop-up unless I complete the above… and that’s not going to happen but here’s what I can see.

YOU MUST BE A USA RESIDENT…. sucks doesn’t it if you are anything but and fell into this one. Ah, ha red flag 3 they didn’t tell you that in the original advertisement did they? Unless I’ve missed that. As I try to leave the page another pop up comes up asking me to verify that I want to leave and in the background it says download this or that to win… bla bla bla. Oh goodness.

Maybe you can ring up your local Costco head office for more information but I’m sure they will tell you they have nothing to do with this also. I can’t read the rest after the terms and conditions but I’m sure you will be jumping through hoops and signing up for all sorts and maybe, just maybe there is a $500 Costco gift card lurking around.

Remember by them being vague in direction they feel they are doing nothing wrong because they do state the terms and conditions but only after you do what they ask. Is that false advertising…maybe but who’s going to stop them? If you don’t physically have something you are telling people you have you are spamming them, full stop.

That, or it will state now that you’ve completed all the steps and purchase a new car valued at $20,000 your $500 Costco gift card is yours! Do you see how silly this can turn out to be? We fail to read the fine print or there is no fine print until you follow steps like sharing on Facebook pages only to find out you don’t qualify or there really isn’t a gift card waiting for you at the end of the rainbow.

I’m not saying every advertisement or contest is a scheme or scam but be informed before you click LIKE and Share on Facebook and if you don’t know or can’t get any more legitimate information leave it alone.

What are your thoughts on these types of offers? Have you actually won what was stated from an offer similar to this?  How can we protect ourselves from falling into this advertising trap?