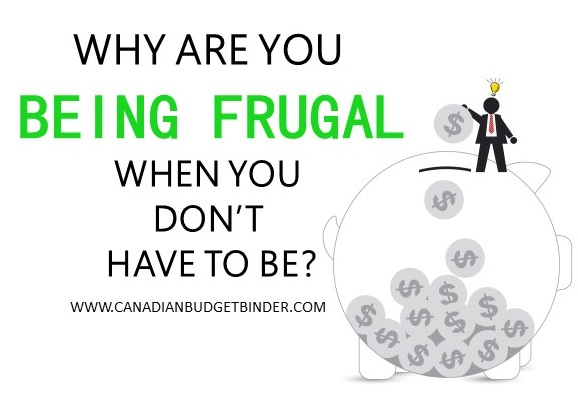 MIND YOUR OWN FINANCIAL BUSINESS

The whole saving money and being frugal movement is always filled with people who just don’t get it.

Wanting to save cash is not a new concept even if you think someone shouldn’t have to.

It’s amazing how saving money ideas are crucial when running a business but not when it comes to personal finance for some people. Even if you don’t own a business you can bet your employer successful or not is always looking for ways to curb spending.

You don’t have to be budget poor to live a frugal life and you can be rich and frugal at the same time-Imagine that!

Mrs. CBB and I were at a friends dinner party about a week ago enjoying some of the finest foods including triple brie, prosciutto, melons and a main dish that we would only make for a special occasion. I guess that means we were all special.

Most of the people in attendance would be considered “rich” or “well-off” because they own successful businesses or have thriving careers in the medical field.

My wife and I don’t typically talk about personal finances with anyone however sometimes we’ve been happy to report we are debt free including the mortgage. That is one of those milestones that is hard to contain because most people are left paying for their mortgage right up until they retire or years after.

One of the guys at the dining table brought up that he wants to open a new business but is thinking about travelling to Thailand for a month before he starts putting the plans together. He was asking around if any of us had been to Thailand or on any recent travel vacations. I have been, but not recently.

Since I moved to Canada I haven’t been anywhere but a quick trip to Detroit and that’s about it. I wish I was able to travel more but with work and a new baby it’s just not possible right now. I didn’t have any suggestions for him apart from not going with a travel agent because I did all my travel bookings online.

I proceeded to say that I saved lots of money booking holidays online and maybe he should consider it since he typically would go to those travel centres in the mall.

While we were shooting the conversation back and forth about places I stayed while I was visiting Thailand and how I saved money while on vacation one guy says to him, “Why are you being frugal when you don’t have to be?” He goes on to say, “You are a doctor aren’t you?”

Yes, you bet I was all ears after that comment because I wanted to know how he was going to answer that question. You see these people are believed to be worth millions and have no problems with finding cash in their bank accounts.

Next thing you know this wanna be travelling guy says, “I am frugal because I can be. How else do you think I became successful?” in a tone that was serious because he took that comment to heart.

He says he doesn’t understand what being frugal has to do with his bank account or wanting to save a few dollars in their budget. OH, they budget… see even rich people budget their money.

Being Frugal to be successful

What does being frugal mean?

Being frugal to me simply means being mindful of your spending habits. Tonya over at Budget and the Beach wrote an excellent piece the other day talking about shopping bans and whether those that start them are simply being mindful of their money.

In other words they are being frugal watching how much, when and on what they are spending their money.

What I’m getting at is that some people believe that being frugal is only meant for people who are poor or don’t have enough money to live the dream life they want. That is far from the truth.

This travelling doctor guy I was chatting to at the dinner party wants to open another business in hopes of it being as successful as his first. Without being frugal it’s hard to have that extra money to finance another venture even though the first one is super successful.

He told me that you still have to watch your money, successful or not. That makes sense.

In the blink of an eye one business could collapse for whatever reason so I think being mindful with money should be part of any business model.

Some people may ask when someone with millions of dollars or no debt will kick back and enjoy life at any expense. It depends really on the person and what their goals are. There are millionaires out there that live a simple, normal life. Not everyone wants to splash money around.

When it comes to our money we have the option to spend it freely without a care in the world or simply volunteer time out of any given day to structure our finances so we know where our money is going. They do say, time is money after all but spending time to save money also applies.

Frugality in the CBB house really came into play when we bought our first house and the biggest debt of our lives. Debt really never goes away, it just comes and goes.

My wife and I don’t care one bit if we are seen shopping in Food Basics and not a high-end grocer just because we have no debt. I mean no one really knows and even if we did see someone who knew we’d just smile and say “hi”. We are not millionaires but we are not financially suffering either although that doesn’t mean we stop being frugal.

What would our budget be like if we weren’t being frugal? 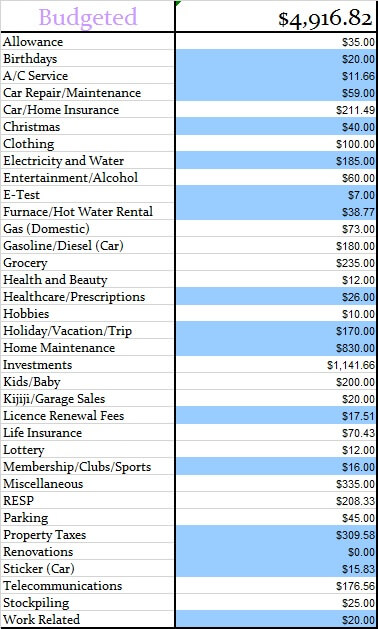 Goodness, I’d hate to think about this but maybe we should. First of all you don’t NEED a budget if you plan on being frugal. Not everyone needs to track their expenses with a spreadsheet or paper and pencil.

Although I am an advocate for the budget because without one we wouldn’t be where we are today. We could easily have been frugal without one but we like to see those numbers.

If Mrs. CBB and I forgot about all things to do with being frugal, saving money and so forth and just shopped we’d likely be broke.

There’s not one thing that we purchase where we don’t ask ourselves, “Can we get it cheaper“. We currently budget $4916.82 a month which includes our projected expenses.

If we stopped being frugal there would be no allowance, groceries expenses would be through the roof (we save lots on food) and we wouldn’t think twice about blowing cash when needed.

That to me is NOT being mindful of your finances. What that tells me is that you either don’t care about what happens to your net worth or you have so much money that nothing matters.

Even Billionaire Mark Zuckerburg, CEO for Facebook looks to save money with cheap foreign labor and we all know he’s not short on cash. The point here is that business owners are in the business to make money.

Just yesterday we managed to pick up a KidKraft Wood Picnic Table for our son for $10 on Kijiji. Sure, we have the cash in the bank to pay the almost $200 price tag to buy it new BUT why would we when we were practically given it for free.

I spent 2 hours sanding the table and chairs down and added a coat of water-repellent and the kids picnic table is brand new again. I’m no idiot and I’m certainly not going to stop being frugal because someone thinks we have money because we are debt free.

My wife and I aren’t thinking just about ourselves either now as we have a son we are looking out for. If it’s not for today it’s for his tomorrow, his future that we are being frugal for. That doesn’t mean we stop going on family trips, buying clothes, date nights, toys and participating in extra curricular activities. It simply means we watch our money.

So the next time someone asks you why you are being frugal when you don’t have to be tell them to mind their own business and you’ll mind yours.

Has anyone told you that you were being frugal when you don’t need to be? 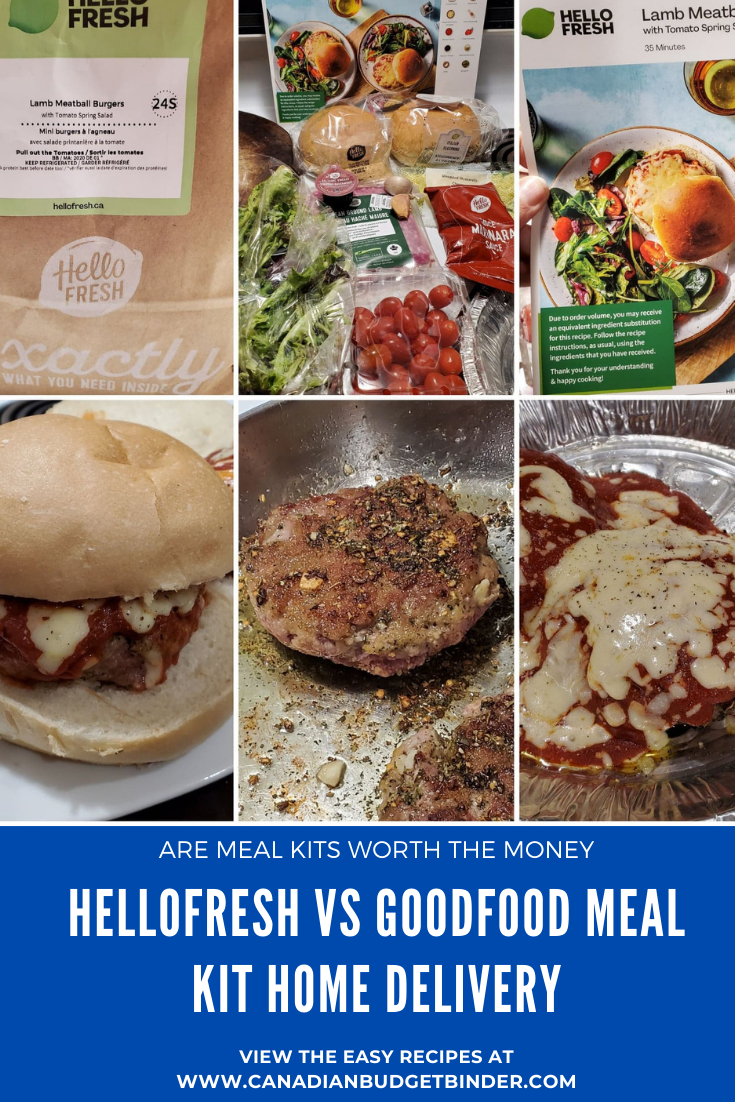 Convenience Cooking At Your Doorstep- Are Meal Kit Programs Worth it? I’ve been seeing advertising for home delivery meal kits for a while now as I’m sure you have. Being a frugal family is why we always passed by the meal kit option. Well, since we wanted to review these two meal kit companies and… 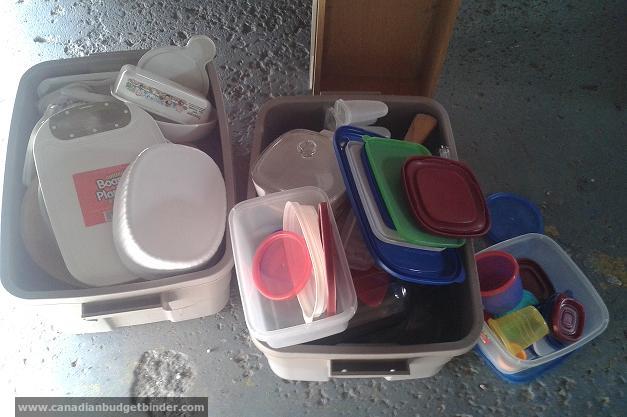 By: Katrina A Kitchen Is A Time And Money Saving Tool Having an organized kitchen is a great way to spark enthusiasm to cook in the kitchen but also to create meals that you might not have done if your kitchen was upside down, like mine used to be. In my last post ‘Happiness is…

This weeks Grocery Game Challenge is to help a reader who wants to learn how to grocery shop. I received an email a few days back from a student who is leaving for University next year and wanted to learn everything there is to know about grocery shopping on his own. Some of you…

EVERYONE VIEWS MONEY DIFFERENTLY   Whether the economists believe Canada is in a recession or not the fact remains that we should be prepared. If you’ve noticed that your pay rise has been overlooked or even so slim you’d hardly tell a difference in your bank account, you’re not alone. Even though Canada added 12,000… 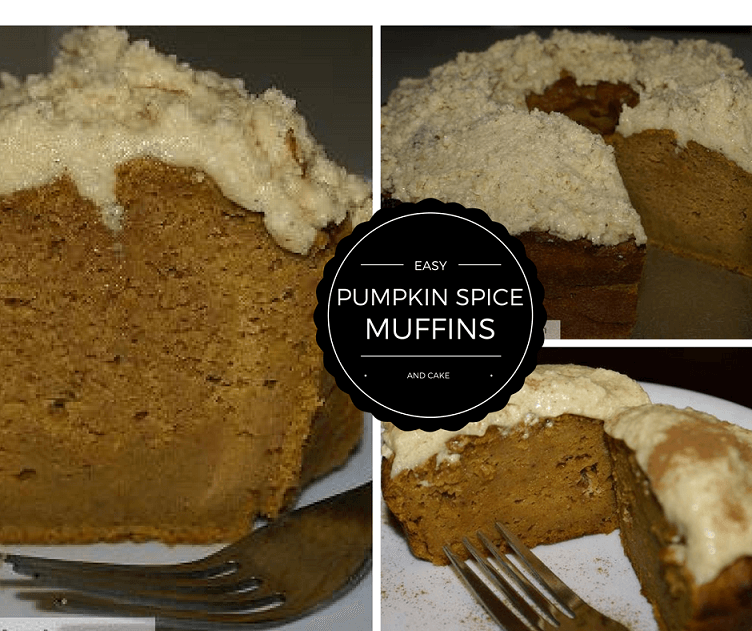 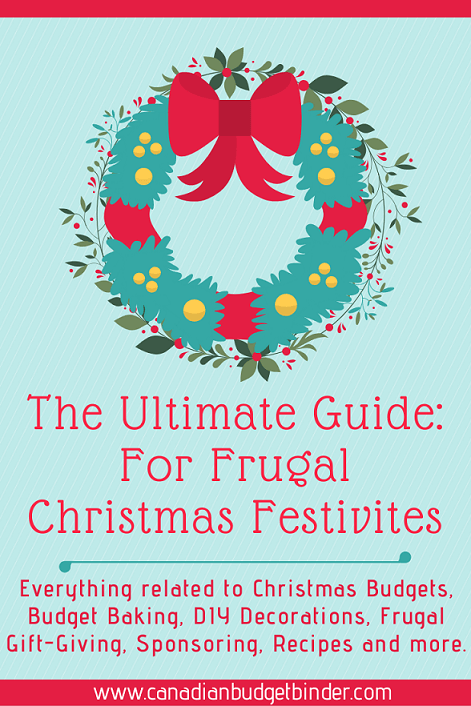 CELEBRATING CHRISTMAS FESTIVITIES FROM ALL PERSPECTIVES Funding your Christmas Festivities doesn’t have to be a terrible budgeting experience as long as you have a plan. Over the past almost 8 years of blogging on Canadian Budget Binder I’ve written so many finance articles related to Christmas festivities. As our lives change whether it be from…