I’m no stranger to debt denial but it’s not me who has the problem. Every once in a while I get this chill that goes down my back when my mate, let’s call him “Bobby” rings me up. I know he is broke and always wanting to borrow money so he can go to the club, pay his bills and whatever else he does with his money. The problem is he doesn’t look or act like he is broke and drowning in debt. He makes close to 6 figures a year, drives a fancy car, dresses exceptionally well, takes good care of his grooming and body and he is in his early 30’s.  He’s one of those guys you love to hate because you just don’t get him.

He rolls with it, has many friends, lots of girls and not a penny to rub his nose in… but he does have credit and lots of it. As a matter of fact his credit card company just gave him an extra $3000 to spend on his already maxed out credit card. He’s the type that wants to get out of debt fast but is rubbish at managing debt. While this scenario is not uncommon we all know someone who blows money on crap and has nothing to show for it but a huge ball of debt.

There is that saying the “Rich get Richer” but that is for people who truly make money with money. Yes all the women think he’s loaded and drives a nice car, smells good, looks good and if he stood next to Jersey Shore’s Pauly D you would think they were best mates… Ya Buddy… but the only difference is, one is real and one is fake.

Why do people go on denying they are in debt and continue this downward spiral? The problem with Bobby is that he has played the role for so long that he can’t break free. The only way to shut down his operation is to literally take it all away. He needs to hit rock bottom and lose it all. The easiest way of getting rid of debt is to stop creating it and to pay it off.

Some of the reasons people like Bobby keep doing what they do is simply… they don’t know how to manage their money.  If they did they wouldn’t be in such a mess. Have you heard any of the following before?

Do you even know how much debt you have? Don’t estimate how much money you owe, that won’t help. Credit Cards, yes that piece of plastic manipulates the brain into making people believe they have more money than they do. They believe it gives them the opportunity to buy whatever they want with no immediate consequences until the bill arrives. That is if they even bother to open it.

Then you have people who think they will win the lottery or that gambling or an inheritance will save them. They turn to pay-day loans, personal loans, family loans, lines of credit, credit cards and will just about anything even lie to people to get what they want.

If people only knew how important a good credit rating was and how long of a trek it would be to repair a bad rating maybe they would think twice. Do you even understand your credit report and credit score? Don’t worry most people don’t but they should because your score can affect many aspects of your life such as renting,owning,buying and even getting a job. A credit report is one of the main tools a lender uses to decide whether to give you credit. The higher your score the better, the lower your score the harder it will be to secure credit. A credit score can be anywhere from 300 on the low end to 900 at the top of the of the range according to Equifax and TransUnion.

Chronic Spenders don’t realize the damage most times until it’s too late and then the creditors threaten and cut them off. When people are reduced to nothing and have nowhere to turn they may then agree that their debt is out of control. If you think debt intervention will work think again. Unless someone truly wants to change they may never until it’s too late.

Below is what some of my Facebook Fans  had to say from Baby Boomer to Gen X (Baby Busters), Gen Y (the Millennials)………. where are the Gen Z (Internet and Text) and Gen AO (Always On)….Too young to care, likely but the day will come, be prepared.

Wendy L-They don’t want to face the truth, they don’t have the money to pay it off, debt causes stress, and no one likes stress.

Allyson Turner-Sometimes I think people don’t realize what all adds into debt.

Meghan S– People lash out when under stress. We want to play the blame game and not have to take any of the blame upon ourselves.

Jen P- I believe people just think things will change/work out on their own or they will pay it off later. I believe they get angry because they have become accustomed to the things they have and don’t want to give them up. They could also be angry that they didn’t continue their education so they could have a better job, or angry at their career choice. I’m finding budgeting a lot like dieting, it takes a lot of self-control and will power.

Mary F Campbell-I preface this by saying I am about to speak in generalities but there are a few exceptions to every rule so take this in the vein it is intended. Part of what I can see is this:

1. Parents of my generation and later for the most part have 2 parents working. That means we try to make up the shortfall in personal time & attention with buying “things”. It also means at the end of a long and tiring day there’s little energy for teaching financial responsibility or manners. When did you last get a hand written thank you?

2.With a two income family, in my generation, there was the attempt to provide an even better lifestyle for the children than our parents had enjoyed. This made for some heavy consumer debt & mortgages. So here is the tail end of the Boomers broke & facing retirement.

3. Then there’s the “monkey-see-monkey-do” effect on the children. It doesn’t matter what you tell your kids about money, they will repeat what your actions have taught them. You overs pent…they over spend except if your financial mismanagement caused them all sorts of grief & then they become almost miserly in response.

4. In this no corporal punishment generation, there’s also has been no consequences to an inappropriate action. Our justice system confirms this regularly with a slap on the hand for horrendous crimes. In fact, we couldn’t take a chance on damaging the little dears and instead thought we had failed as parents & tried to bolster their self-esteem with the “you deserve” message.

GUESS what we got? A 20-30’s generation that believes it is truly entitled to the best of everything without putting in any work, delaying any gratification and saving for it and they are spending themselves into the poor house. You have generations that want what the post-war and boomers have but without all the blood, sweat and tears it took to get there. Angry at today’s recessionary climate – you bet they are!

Look at the 1% movement. We have trained them to be angry, entitled, blame the world for my hardship individuals instead of accepting responsibility for my lot in life and getting off their duffs to change things. Jealousy, envy, sloth…3 of the worst of the seven deadly sins. But, remember hearing that which we choose to forget we are doomed to repeat. I wonder if that was being bandied about just before the fall of the holy Roman empire?

If you need debt help I suggest you speak to  a consumer Credit Counsellor or Financial Advisor. It’s a starting point and certainly  some professional advice on how to get your personal situation back on track is a step in the right direction. Share your comments on why you think people are in debt denial! 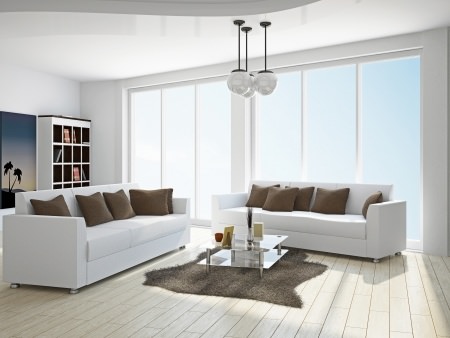 Throwing Money Out The Window I don’t think there is a right or wrong answer when it comes to renting and wasting money or purchasing a home but there certainly are pros and cons to both. Why do I choose to pay rent? While the freedom of owning my own home sounds great getting there…

Tiny House Sale Is Not Surprising Many of us all have our dream home purchased in our minds before we even set foot on the pavement to search for the home that has it all, or at least what we need. Depending on where you live your dream home might be a distant dream because… 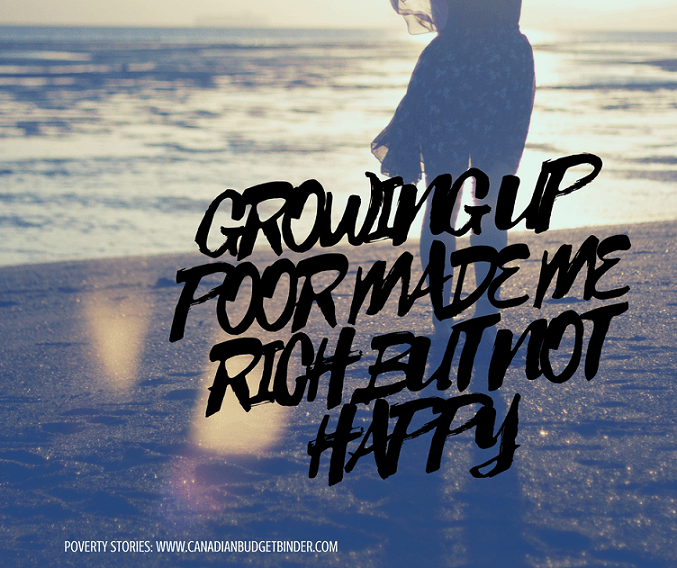 SOMETIMES WE KEEP LOCKED UP THINGS THAT HURT US THE MOST.   Fan Submission to Poverty Stories My parents married when they were 17 years old back in the early 70’s and lived in a town just outside of Toronto. Shortly after I was born into what was a loving family environment that did what…

There’s only 35 days left until Christmas with Black Friday around the corner and Thanksgiving this Thursday in the USA for our American friends. That means it’s time to get the ball rolling so you don’t leave everything until the last minute including grocery shopping and baking. If you missed my Grocery Game Post from last week you… 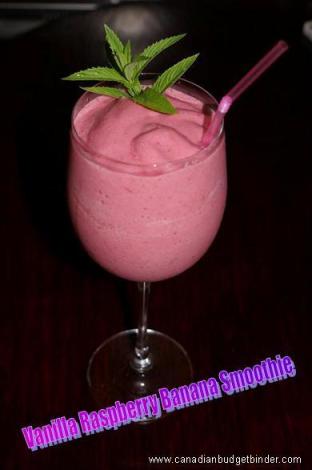 What a week it has been in Ontario! We welcomed summer with a bang proving these next few months will be fun in the sun! When Mrs. CBB gets the blender out I know it’s party time at the CBB home! We made our first blender drink this week Vanilla Raspberry Banana Smoothie. Devouring one… 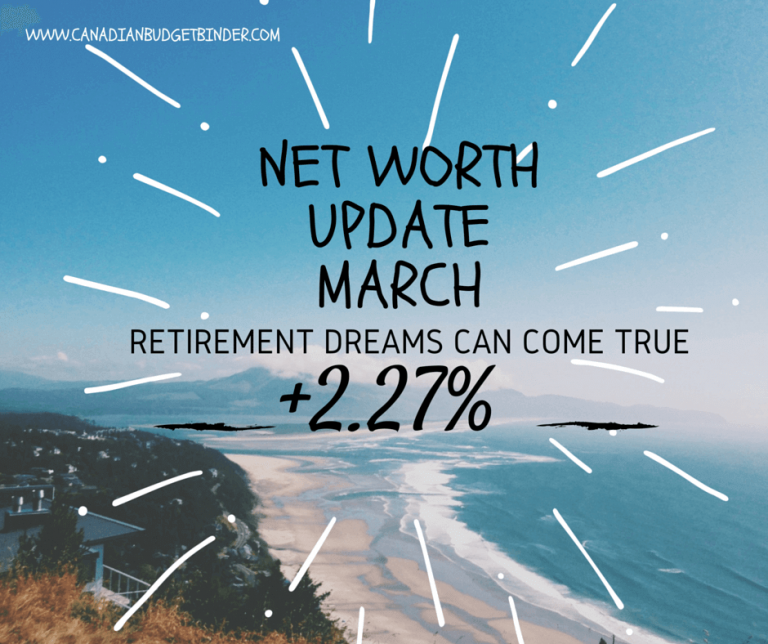 WE WON’T KNOW THE FUTURE UNTIL WE GET THERE BUT WE CAN PLAN TODAY FOR TOMORROW, EVEN IF IT’S NOT GUARANTEED.   Our financial advisor told us once that our retirement savings plan was looking good for our ages even though we knew we had a long way to go before we’d feel any thrill…