Keto Mini Corn Cobs Chowder with bacon and cheese begins with one can of mini corn cobs.

You can have canned mini corn cobs on a low-carb or keto diet, frozen or canned.

Using Strawberries, blueberries, raspberries and blackberries on a keto diet is acceptable but comes with natural sugars.

The same happens with some vegetables, such as these mini cobs of corn, but they are very low carb.

Let’s get cooking, so you’ll have lunch or dinner ready in no time.

I’m sure that’s the question many of you are wondering, and yes, mini corn cobs are low-carb.

Mini corn cobs are unlike corn on the cob, as they are picked before pollination.

Imported from Asia, where they have large farming land, mini corn cobs are processed, canned and shipped worldwide.

You may have eaten mini corn cobs in some of your favourite Chinese food dishes, such as beef and mixed vegetables.

DIFFERENT THAN TRADITIONAL CORN: Contrary to what one might think, mini corn cobs are not a variety of traditional corn on the cob.

They are miniature corn cobs that are picked at the very beginning of the season, prior to the pollination period.

While corn is grown locally, mini corn cobs are generally imported from Asia given the large amount of adapted farming land.

Mini cob corns are loaded with nutrition and minerals and contain only 25 calories for eight mini cobs.

The ingredients listed in one can of M’Lord Mini Corn Cobs are corn, water, salt and citric acid.

Canned mini corn cobs are perfect as a healthy snack, in a salad or turned into Keto Mini Cob Soup.

For years we had never considered corn until a friend suggested we check the mini cobs.

To our surprise and maybe yours, they fit into our macros and contain antioxidants, fibre and potassium.

These little mini corn cobs also pack a vitamin punch with B1, B3, B5, and C.

How do mini corn cobs taste?

How To Reduce Net Carbs

The recipe took me 20 minutes to prep the ingredients and 30 minutes to cook until thickened.

I created this recipe to make four cups of mini corn cobs chowder soup topped with a dollop of sour cream or yogurt.

You can slim the net carbs by adding a cup of water to the soup with too strong of a flavour.

Another option is to reduce the number of fresh herbs to cut back on more net carbs.

Lastly, reduce the cheese or leave out the Parmigiano cheese to reduce net carbs.

There are plenty of options to reduce net carbs if you want to fit this chowder into your macros.

It stores for up to 4 days in the refrigerator, or you can freeze it for up to 3 months.

The printable version is at the end.

Serve hot, adding a dollop of sour cream or full-fat Greek yogurt; however, I prefer it with no topping. 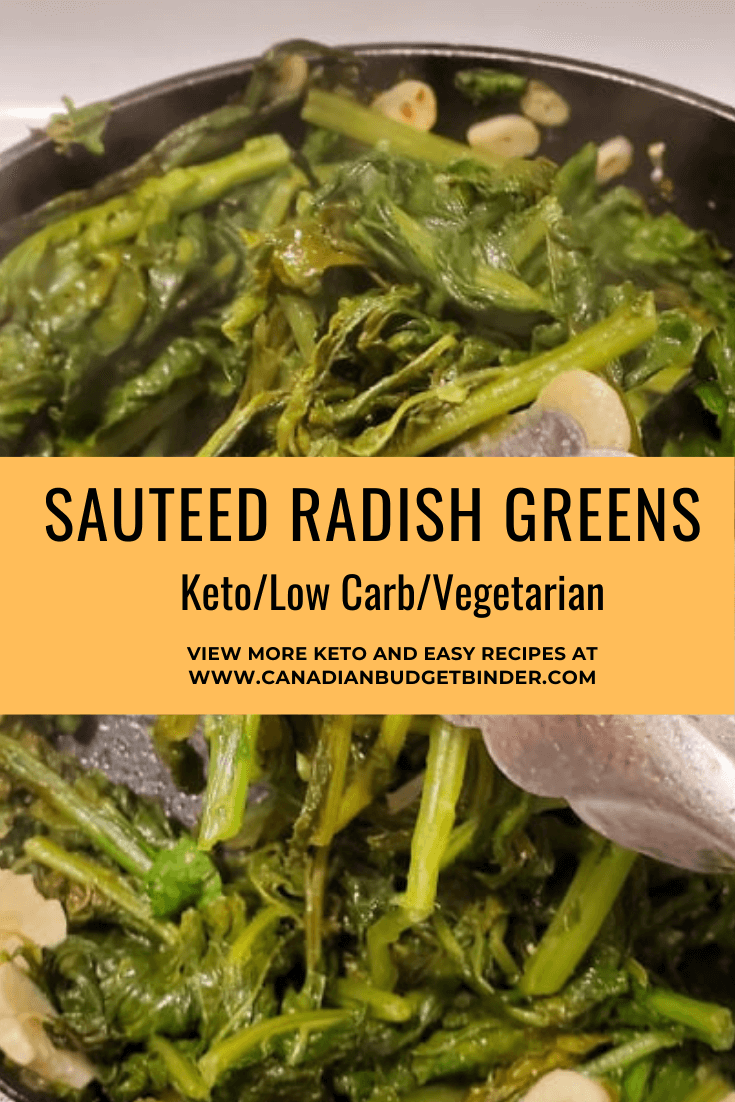 Were you aware of how delicious radish greens are? Perhaps you’re that person like me who had no idea that you could eat radish greens. You may have also heard them called radish leaves which are the same. If you are subscribed to Canadian Budget Binder, you would have read in the recent newsletter that… 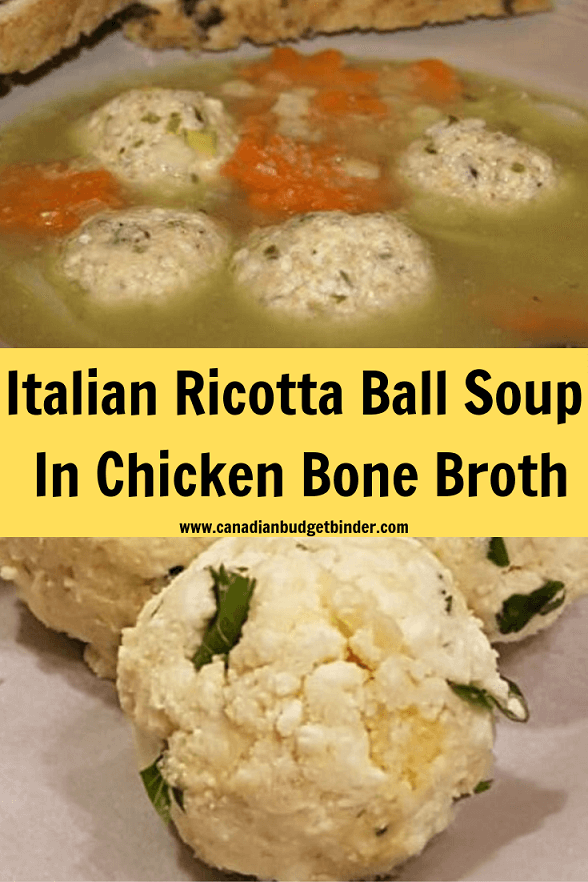 RICOTTA BALL SOUP IS PART OF THE WONDERFUL TASTES OF ITALY Authentic Italian Ricotta ball soup is one of our favourite go-to recipes when we want something easy and filling for our tummy. It’s so different that even your friends will think you are trying something wild and wonderful way beyond your culinary skills. We’ve… 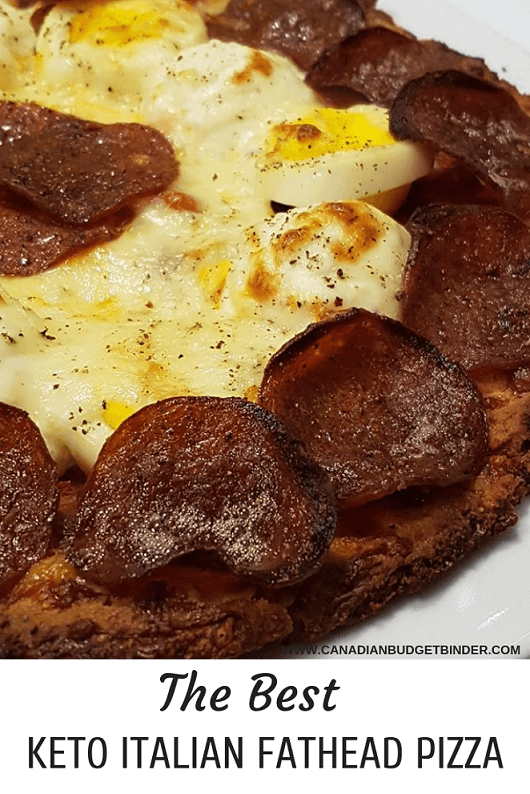 CRISPY PEPPERONI, SALAMI AND RICOTTA CHEESE KETO FATHEAD PIZZA There are lots of carbs in pizza when you opt for a traditional pizza crust but for those of you who are going Keto I’ve mastered what I believe is the best Italian Fathead Pizza. Fathead Keto Pizza to the rescue for all of you who… 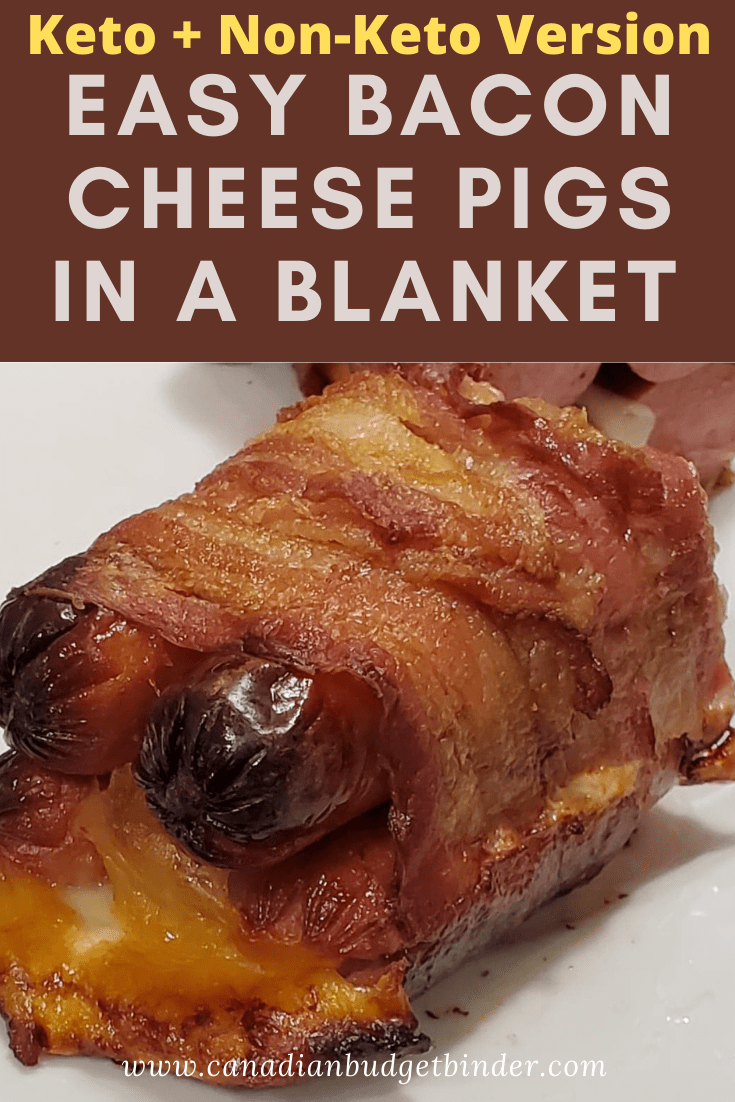 Keto and Non-Keto Pigs In A Blanket stuffed with mozzarella cheese and wrapped in bacon then baked until a crispy perfection.

DON’T WASTE MONEY ON FOOD YOU DON’T PLAN TO EAT Yes, a freezer inventory list can save you money and we’ve proven that year after year in the CBB household. It doesn’t matter if you have a mini deep freezer or a full-size deep freezer if it’s frozen you need to know what you’ve got…. 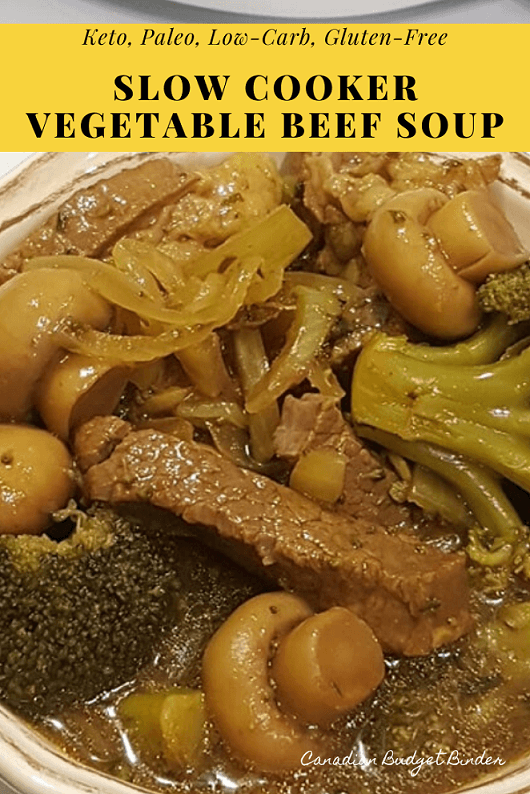 This soup is full of flavour with tender bites of beef, whole mushrooms, cabbage and fresh green broccoli. When eating this Slow Cooker Vegetable Beef Soup you’ll want to dip homemade fresh keto bread or keto buns slathered in butter. Although we eat mainly a keto, low-carb diet I try to make some of our…