Rebuilding life and finances after surviving a divorce can be a long road but the road has to start somewhere. When we get married it’s supposed to be for life, in sickness and in health, for richer or poorer but we know actions speak louder than words.

We live our lives as if tomorrow will be the best day we have ever lived until a marriage breakdown occurs. Money fights and Money problems being the top reason people divorce yet this is something that doesn’t really need to happen.

With the rising cost of living and families turning to credit and spending more than they earn thus keeping some in debt denial it’s no surprise marriages fail. The walls are crumbling for some couples faster than they are being built.

Most families need two incomes just to keep the roof over their heads, food on the table and clothes on their children’s backs. People are struggling to find work after massive lay-off’s, disabilities and upon graduating University and College. If you think acting like Mr and Mrs. Money Bags is the best way to be the talk of your friends, think again.

Not all divorces end because of money and really no one can say what is right and wrong but we do know that money is the root of all evil and can break relationships in half whether it be a marriage, friendship or relations with family.

We can all work on our finances by controlling our spending by budgeting and always having an emergency savings fund. Sadly though, sometimes this isn’t enough or the love has gone south high above the realms of no return, not even for a second chance. If divorce, lawyers, fees, courts, separation, child support, etc were not enough the stress of picking yourself back up after the pieces are shattered can be just as dreadful.

If you have never lived through a divorce and I hope you never do you will never understand the pain and fiery that couples go through. I don’t know and I never want to know but I listen and I am a person with feelings and a heart.

Even if couples say it is amicable there will always be a hole in their heart or a piece of their heart left behind. I believe we all have feelings unless you are some weird and wonderful person with a black heart incomprehensible to anyone, if ever in our lifetime.

It costs, and it costs big time for some especially how divorce law can get pretty messy when children are involved or the procedures are long and drawn out.

The Ministry of the Attorney General is a good place to start when the time is right for you to start the divorce process. Is there  a right or wrong time deciding when to get a divorce, maybe but it’s up to you. If your mind is made up or the circumstances dictate the proposition then move forward as fast as you can. No sense prolonging the inevitable, life must go on.

The cost of the divorce process in Ontario can be astronomical with retainer fees between $5,000-$10,000 and a further $200-$500 per hour. The worst part is if the divorce is contested than you better run for the hills or hope you have a secret stash of money. Contested divorces can cost upwards of $50,000 before they even go to trial according to myontariodivorce.com.

Some people try to go it alone with the divorce in a box and although the costs are cheaper, if the divorce is contested you better line up your savings as the bill will rise exponentially. Although the best way to save on legal fees according to Canadian Divorce Laws is to do as much of the work as you can yourself. Roll up your sleeves and see if you both can sort out your issues as it will make everything easier.

So although this topic is broad and I certainly cannot fit into one neat blog post take the time to know your rights. Know what you are getting into and plan the execution of a divorce proposition the easiest, cheapest way you can. If you have divorce questions seek the advice of a professional so you aren’t led astray. When the divorce is finally over you can move forward with your life to start over. Sometimes this is not as easy as it seems according to one fan who wrote to me.

Reader Story That Was Submitted: How Her Finances Survived her Divorce

When I first left my first marriage, I was broke with a capital B! Worse still, I was broke and in debt with the ex’s credit card debts in the amount of $60,000 to pay off while I made a whopping $18,000 per year.

The first thing I did was move back with my parents for 6 months to get a few months worth of salary in the bank, less the debt payments of course. I needed first & last month’s rent + a security deposit + the connection fee for my telephone. I found a cheap apartment, parked my car, took transit to work, had no cell, no internet, no cable or going out except for a one night a week.

I took a local night course per semester through the adult education program (about $50 per course) and I walked to the class until all the debts were repaid. That was a really long 5 years and I was lucky enough to receive a small windfall during that time that I dumped right on the debts. But, on the upside, I learned to appreciate the smallest of little “treats”.

My mother would take me out for a salad bar type of supper with her every couple of weeks. She regularly came and picked up my dog and took her to the beach for the day so she got out and had some serious exercise and then came home & bathed her before I got home from work.

I took every bit of help that was offered to me and I gratefully appreciated the lightening of my load. I couldn’t justify spending any extra transit money to go to the library so I read anything and everything that anyone was willing to give me for free – since that and walking my dog were my entertainment.

As I was in a new city, 3,500 miles from all my friends in Ontario, it was a lonely time but it built a self-reliance that I never dreamed I would have. I wrote letters to my friends, as I certainly couldn’t afford to call. You really find out who your friends are! I spoke to a gal yesterday that rode out that dark time with me, and has been in my life now for 36 years!

Would I like to repeat those days…nope! Could I cut back to that stark level again…in a heart beat if needed.
How did your finances survive Divorce? 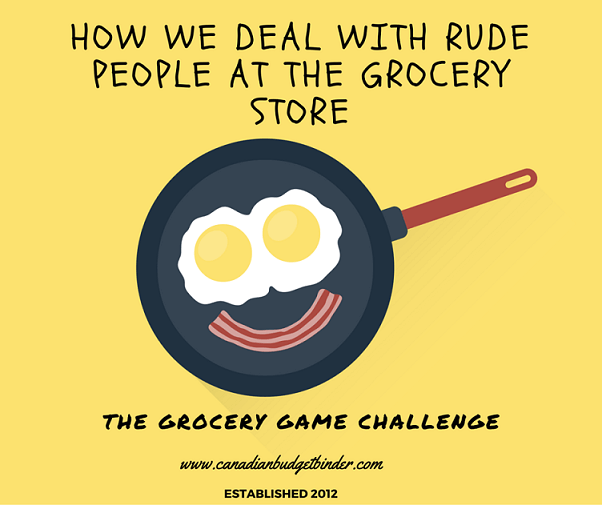 WHEN YOU JUST WANT TO SCREAM DO THIS INSTEAD AND WATCH THEM CRUMBLE.   I don’t know what it is lately but I seem to be running into rude people everywhere I go. The worst shoppers are at the grocery store especially once Spring finally arrives. It’s as if life is super-charged in the fast-lane… 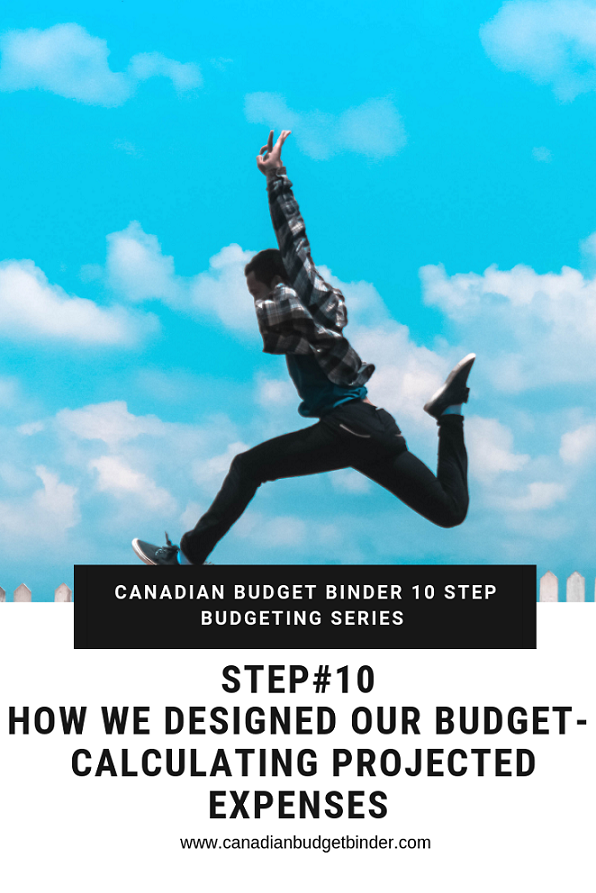 Learning to use projected expenses when creating a monthly budget. 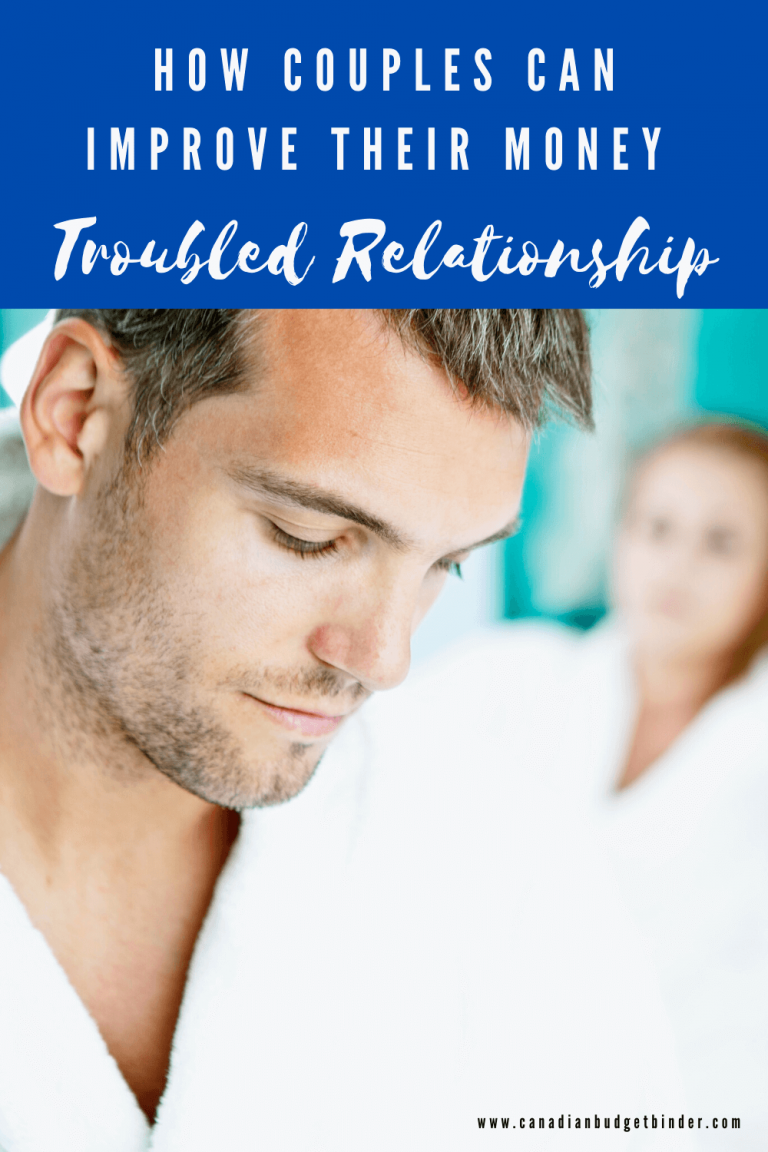 Arguing Over Money Will Kill A Relationship During Tough Times A troubled relationship can fall under an umbrella of situations but one that is consistent is arguing over money. Although not everyone is staying home under lockdown to try and flatten the curve of this virus many couples are 24/7. This everyday closeness is out…

With  most families having both parents working outside the home in Canada convenience in the kitchen seems to be the way to go. Take-out Pizza is on the menu at least once a week and that’s the day parents can simply chill out and get some backlogged house work done or spend time with the…

Today is probably one of the first days I’ve been able to wake up late and just lay in bed staring at the ceiling wondering what to tackle first. So far this week has been one heck of a rat race for me running from meeting to appointment to the grocery store to work and…

This is Personal Finance Weekly Reading at it’s best brought to you by yours truly Mr. CBB. It’s the first days of the 2013 New Year and I’ve changed this post name in hopes of capturing fans to drop in and check out the amazing weekly reads that I find around the web. I read alot…